OPPORTUNITIES TO. REGULATING SINGLE-USE PLASTICS IN THE PHILIPPINES. MOVE FORWARD. A. gainst the backdrop of a Global plastic concerning plastics and in fact support the idea pollution crisis, a growing number of of regulating SUPs strongly suggests a window of cities and municipalities in the Philippines opportunity to pass key legislation on plastics. This have passed ordinances that ban shopping policy brief provides three policy recommendations bags and other single-use plastics (SUPs). to enable legislators and decision-makers to move These initiatives remain woefully inadequate, however, the country away from its dependence on SUPs. in solving the problem of plastic waste. The country First, it advocates for a national law prohibiting lacks a national plastics policy that will harmonize the production, sale, distribution, and use of SUPs. initiatives and steer it towards a more sustainable, Second, it demands the phaseout of sachets to be circular economy.

1 OPPORTUNITIES TO. REGULATING SINGLE-USE PLASTICS IN THE PHILIPPINES. MOVE FORWARD. A. gainst the backdrop of a Global plastic concerning plastics and in fact support the idea pollution crisis, a growing number of of regulating SUPs strongly suggests a window of cities and municipalities in the Philippines opportunity to pass key legislation on plastics. This have passed ordinances that ban shopping policy brief provides three policy recommendations bags and other single-use plastics (SUPs). to enable legislators and decision-makers to move These initiatives remain woefully inadequate, however, the country away from its dependence on SUPs. in solving the problem of plastic waste. The country First, it advocates for a national law prohibiting lacks a national plastics policy that will harmonize the production, sale, distribution, and use of SUPs. initiatives and steer it towards a more sustainable, Second, it demands the phaseout of sachets to be circular economy.

2 Replaced by alternative delivery systems. Finally, it calls for policies that ensure corporations take Exciting evidence from a nationwide survey showing responsibility for their products even after they have that majority of Filipinos are aware of the problem been sold, used, and disposed of. INTRODUCTION. The plastic pollution crisis is Global in scale. It is flooding and marine pollution. Therefore, it comes as estimated that only 9% of the plastics that have no surprise that the country is tagged as one of the ever been produced is recycled, while 79% simply major sources of land-based plastic pollution leaking accumulates in landfills, or worse, in the natural into the The continued rise in plastic production, expected to reach the 25-billion-metric-ton mark by It cannot be emphasized enough that the 2050,2 is unsustainable. For this reason, the United consequences of plastic waste on the oceans, Nations Environment Assembly (UNEA) the world's wildlife, and human health are dire.

3 Managing plastic highest-level decision-making body on the environment waste, however, is an expensive business. The costs adopted a resolution encouraging member states eat up a considerable chunk of public spending, to reduce the discharge of plastic waste into the comprising one-fifth of annual municipal budgets . on average in low-income The Philippines plays an important role in the Global To date, more than 127 countries have passed some plastic crisis. Its markets are awash with consumer form of plastic regulation. Many of these have products, most of which are packaged in single- focused on outright plastic bans, particularly on use disposable plastics, ranging from sachets to shopping bags. Other regulatory approaches include shopping bags. Filipinos use nearly 60 billion sachets, market-based instruments, such as user levies on billion shopping bags, and billion labo bags bags, taxes, and financial Extended per These plastic residuals wastes that can producer responsibility (EPR), which requires neither be composted nor recycled accumulate companies to assume responsibility for their products in dumpsites (illegal in the country) or escape into in every stage of their product's lifecycle, is another water bodies, clogging waterways and exacerbating policy approach that is gaining currency.

4 Figure 1. Different Types of Plastics Plastic #1 Plastic #2 Plastic #3 Plastic #4. Polyethylene High-Density Polyvinyl Low-Density Terephthalate Polyethylene Chloride Polyethylene (PET) (HDPE) (PVC) (LDPE). Plastic #6 Plastic #7. Plastic #5 Polystyrene Assorted Plastic, Polypropylene including acrylic, or styrofoam polycarbonate, (PP) (PS) polyactic, etc 2 REGULATING SINGLE-USE PLASTICS IN THE PHILIPPINES. COUNTRIES AND COMMUNITIES FIGHTING SUPS: A Look at Initiatives Across the Globe As awareness of the menace of plastic pollution grows, packaging-free spaces. It also provides for the right more than 127 countries have passed regulations to of consumers to purchase using their own reusable stem the production, distribution, use, and disposal of containers, while giving establishments the right to plastics. These include bans on certain types of plastics refuse supply should the container be dirty, thereby most frequently, plastic bags as well as taxes addressing legal and safety and user Similarly, local governments are taking charge and z The European Union adopted a Single Use Plastics implementing their own ordinances.

5 Directive, having voted in 2018 to ban certain SUPs (plates, cutlery, polystyrene food containers, z Jakarta's new gubernatorial regulation not only beverage cups) in all member states by 2021. banning plastic bags in retail establishments, but The directive will likewise require manufacturers also promoting eco-friendly bags, which it defines to pay for the cost of waste management and as being made from leaf, paper, cloth, polyester, clean-up of SUPs. This signifies a watershed, since and recycled materials, will come into effect the European Union is one of the world's largest in June producers of plastic waste. z Berkeley, California, a progressive city that banned z Thailand opened the year 2020 with a ban on plastic polystyrene as early as three decades ago, recently bags in department stores and convenience stores. passed an ordinance requiring food establishments Majority of Thais strongly support the ban, which to serve diners using reusable plates and cutlery, will be extended to all shops by while food for takeaway customers must be placed in compostable foodware.

7 Regulates plastic waste,8 more than 300 local Fridays. It had also imposed levies of as much as government units (LGUs) from barangays to Php4 per plastic bag. The gradual phaseout proved provinces have taken the lead and crafted instrumental to the high compliance rate of 85% among Some LGUs, such as Quezon City and residents. the City of San Fernando, Pampanga, have used a combination of policy instruments. There is evidence that plastic bans coupled with proper enforcement of course are effective. In San In 2012, Quezon City, Metro Manila's top generator Fernando, where the bag ban has been in place for of waste,10 imposed a Php2 levy per plastic shopping several years, household use of bags is down to bag used in retail establishments. To set an example, bags a week, whereas in Quezon City, whose bag ban the city also banned other SUPs within the city hall has only begun this 2020, usage is 12 times greater. 12. complex and selected public It later updated its ordinance with a total ban on plastic shopping bags, On the side of the private sector, local businesses are effective January 2020.

8 It also introduced another beginning to implement voluntary policies on ordinance, effective February 2020, which prevents For example, a number of food establishments, restaurants and hotels from using disposable products including chain restaurants, have stopped distributing such as cutlery. SUPs such as cutlery, cups, and drinking straws for dine-in customers. Some businesses have also The City of San Fernando, cited as a model city for taken steps in the right direction by testing refilling Zero Waste, passed its plastic bag ordinance in 2014, systems and offering packaging-free products. Other giving citizens a year to prepare for a full ban. During the corporations, meanwhile, have launched community transition period, the city launched a public awareness collection schemes often in exchange for money, 4 REGULATING SINGLE-USE PLASTICS IN THE PHILIPPINES. rice, or sachet products in a bid to improve recovery layer almost 52%. Leaving these out implies that rates at the community level.

9 Practically three-fourths (76%) of residual wastes are neglected a significant missed opportunity to Such initiatives, although worthwhile, are woefully reduce mismanaged waste. As waste assessments inadequate. They do not address the root of and brand audits (WABAs) in the country have the problem the continued production of SUP revealed, 55% of plastic residuals are branded. The packaging. To illustrate, plastic shopping bags results raise concerns about the role of corporations only make up about 15% of the plastic residual in the plastic crisis, and more importantly, concerns waste stream. Meanwhile, plastic labo comprises about how they should be held accountable for the almost 24% and sachets single-layer and multi- packaging they produce. FILIPINOS' OPINIONS ON. SINGLE-USE PLASTICS. In 2019, the Global Alliance for Incinerator Alternatives sando bags (71%), polystyrene food containers (56%), (GAIA) commissioned a Social Weather Stations (SWS) labo bags (54%), straws and stirrers (52%), while half nationwide survey gathering Filipinos' opinions on feel the same regarding sachets (Figure 4).

10 Notably, plastics. Filipinos showed willingness to buy products Classes D and E, comprising 95% of the respondents, in recyclable or refillable containers rather than sachets expressed stronger support for regulation on plastic (Figure 2). Seven of 10 Filipinos would consider more shopping bags, compared to A, B, and sustainable packaging for food condiments ( oil, When respondents were asked to choose the best way soy sauce, vinegar), while 4 of 10 would do so for to solve the problem of SUPs among three options personal care items ( , shampoo, conditioner) (ban the use of plastic at all times, ask the user of and household cleaning products ( , powder, plastic to pay a premium, and do nothing) pluralities laundry detergent). to majorities opted for bans, for example 71% for Moreover, majority believe that the SUPs in need of sando bags; 65% for labo bags; 60% for sachets; and regulation or reduction are, ranked by incidence: plastic 41% for plastic water bottles (Figure 3). 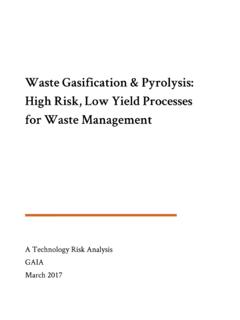 Waste Gasification and Pyrolysis Technology Risk Assessment 3 A 2008 U.S. study[6] for a government agency surveyed a large range of gasification and plasma technologies and found these processes are unproven on a commercial scale for treating MSW in the U.S. 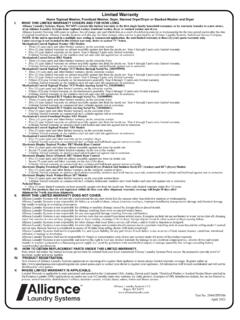 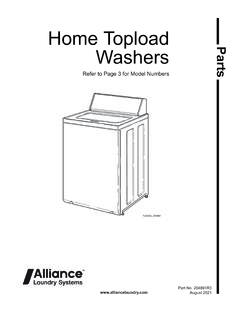 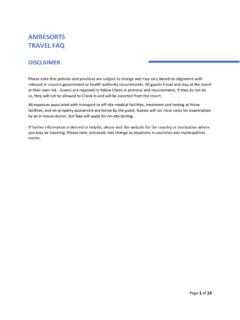 ⋅ Sanitization of office and back of house areas, regular tests of pools and water systems, a designated drop-off and sanitation area for supplies, laundry protocols to control temperature, and use of high-level cleaning products. ⋅ Adding new staff positions to oversee all health and sanitation policies, extensive wellness and 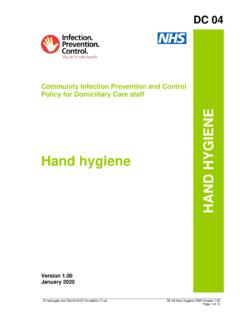 systems by the hands of staff, other healthcare workers, service users and visitors. 2. Good hand hygiene practice . To facilitate effective hand hygiene when delivering direct carestaff should ensure they: • Cover wounds, cuts and abrasions with waterproof dressings • Are ‘bare below the elbows’, which entails: