Philosophy of Education as a Knowledge Field

2 It is with pleasure that I recall those occasions. I also feel very happy that I. am visiting the institution after it has enhanced its stature by becoming a university. From a technical resource support institution to an autonomous central university is a big leap forward. I rejoiced when I came to know of NIEPA's transformation to NUEPA. The theme The theme of my talk ( Philosophy of Education as a Knowledge Field ) is mainly inspired by the consideration that my academic training and professional engagement has been, for the most part, in the area of Philosophy of Education although during the past few years I have been doing mostly project work of the kind that Field educationists do in the areas of basic Education , literacy training and teacher training, an engagement qualitatively different from serious academics. A further justification arises from NIEPA. becoming NUEPA; the change entails a drastic qualitative change in the institution's lifestyle and culture; it also raises new hopes and expectations.

3 A university is a university; it cannot be conceived without values integrally linked with it: academic freedom, autonomy, liberalism and pursuit of excellence. The change implies that NUEPA would now address its mandated functions in educational planning and administration with greater freedom and its contributions will be characterized by intellectual scholarship of a high order and deep understanding of educational theory and practice. I hold that Philosophy of Education contributes to the development of such understanding and also provides the needed perspective for intellectual dialogue and debate. Like in other disciplines, there are different traditions in Philosophy as well. The dominating one is conceptual analysis (I also use the terms analytical', critical' to denote this trend) which characterizes most of current writings in the Field . I hold this as the paradigm tradition and begin by giving a summary account of analytical Philosophy of Education .

4 I follow this up with a critique of Philosophy of Education as it is understood in India and its status, alongside citing work that I consider as contributions of a philosophical kind to the Field . As the meager output and general lack of quality in this area appear to stem from a lack of appreciation of the wide scope and richness of the Field , I provide illustrations of the nature and variety of philosophical work carried out drawing from national and international sources. I then turn to the NUEPA function areas of school and higher Education , NFE, inclusive Education and women's empowerment and provide illustrations of issues and problems of a philosophical / theoretical kind that, in my view, provide a broader perspective for addressing practical tasks related to educational planning and administration Philosophy of Education , the analytical model Philosophy of Education in its present critical / analytical mode owes its origin to the analytical work of British philosophers (although Plato, Kant, Dewey and several other philosophers also addressed educational problems before).

5 Historically, C. D. Hardy's Truth and Fallacy in Educational Theory (1942) is acknowledged as the first work of this genre. Analytical Philosophy itself was the offshoot of the philosophical revolution'. inspired by the work of Russell, Moore and Wittgenstein at the beginning of the last century. The outstanding feature of this revolution was a reinterpretation of the nature and scope of Philosophy in the light of developments in the theory of Knowledge and increased understanding of the relationship between language, thought and reality. Philosophy , according to this view, is not to be looked upon as a body of Knowledge (a system of true propositions) but as a method or activity of analysis, clarification and criticism. All propositional Knowledge is subject to tests of public verification, reliability and coherence and these are truth criteria that are satisfied only by the deductive and empirical forms of inquiry of mathematics and science.

6 It was realized that philosophical questions are second order' logical and conceptual questions and cannot be tackled by the axiomatic method of mathematics or the observational experimental method of science. The philosophical method is in essence analytical, clarificatory and critical concerned with such tasks as elucidation of concepts, logical appraisal of different kinds of statements and arguments, validation of theories and justification of grounds of belief and Knowledge . Philosophy of Education is such an activity performed on Education , its concepts, theories, beliefs and arguments. Since the concern of Philosophy is with the purely logical and conceptual questions the philosopher of Education begins his work by demarcating such areas and problems in Education as legitimately belong to his domain. Discourse in Education because of the practical nature of the enterprise embraces a number of different contexts cutting across the scientific, practical and ethical spheres.

7 A fundamental task of analysis is to disentangle these different contexts in which Education is discussed and consider the basic ideas and appropriate logical criteria relevant to each. The analytical function covers almost all the aspects of the language of Education , its concepts, beliefs, inferences, theories. To sum up, Philosophy of Education , as Prof R. S. Peters the chief architect of concept analysis in Education says, is to be seen not as a body of true propositions but as a method, an intellectual activity of conceptual analysis and elucidation. It involves such formal tasks as: analysis of educational concepts, logical appraisal of different kinds of educational statements, validation of theories and justification of prescriptive conclusions of the theory. Further, as a meta activity of analysis and criticism, Philosophy can be done' on any Field of human inquiry, science, literature, art, mathematics, history, politics and Education .

8 Philosophy of Education is the analytical function carried out on educational concepts, policy, theory, programmes and practice. The concept analysis paradigm has cast enormous influence on educational theorizing; it has come to characterize most of philosophical literature produced in the English speaking West. The lasting contributions of concept analysis (apart from the light it has shed on many of the educational concepts and theories like Education ', teaching', learning', Knowledge '), however, are the dispositions it seeks to promote: clarity, consistency, rigour of thought, concern for semantic meaningfulness, methodological awareness and consciousness of assumptions. These are particularly significant in the Indian context wherein philosophical thinking in Education lacks clarity and rigour. The Indian scene Philosophy of Education is used, in India, to refer either to undifferentiated discourse (sometimes empirical, sometimes historical and generally hortatory) about aims, curriculum, methodology and other aspects of Education or, in its not so inarticulate form, to the application of the speculative thesis (metaphysical, epistemological, axiological) of general Philosophy , to draw implications' for educational theory and practice.

9 For a long time Philosophy had come to mean only the study of individual thinkers / systems /. schools; the view that this is all there is to Philosophy of Education dies hard. This restrictive paradigm has spelled doom for the growth of the Field . The analytical movement seems to have had little or no influence on this area of study Philosophy of Education in India presents a sorry spectacle. In all aspects - as a subject of academic study, as a foundational input in teacher Education programmes, as an area of scholarly research and as a perspective for intellectual dialogue and debate it has suffered neglect. That this should be so in a country known for its hoary philosophical traditions is indeed ironic. The problem with Philosophy of Education , however, is not something unique to it. It is the general problem of low quality inputs students, teachers, curricula and the impact of market forces facing most liberal and humanistic studies especially in institutions of higher learning.

10 This does not mean rationalizing the status quo. It is only a reminder to the academia to rethink ways and means of checking this downward slide and restore to Philosophy of Education its rightful place in educational studies. There is another problem facing Philosophy of Education (again this is not peculiar to India), the absence of communication between pure' philosophers and philosophers of Education . Whenever such communication is attempted through professional meets, the agenda of educational philosophers faces the risk of being pushed to the background in favour of pure' philosophical issues. I attended a national seminar on pedagogy and epistemology hoping that fresh insights would be shared on pedagogy, as we educationists understand - something that deals with teaching, teachers, students and schools. The domination of the academic philosophers abstracted the concept from its natural home and educational / empirical moorings and converted the seminar into a discussion on highly abstruse philosophical theories which were way, way out of the concerns of the educational theorist not to mention the practical classroom teacher. 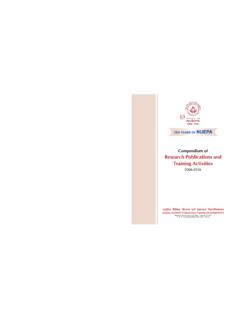 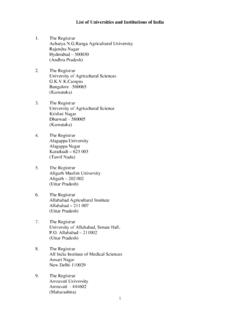 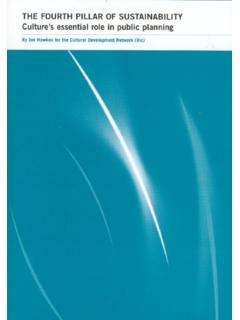 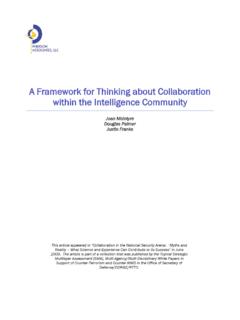 A Framework for Thinking about Collaboration … 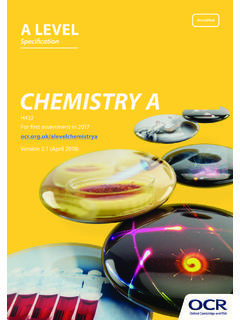 CHEMISTRY A A LEVEL Specification H432 For first assessment in 2017 ocr.org.uk/alevelchemistrya Version 2.1 (April 2018)

AFramework for Analysing Participation in …

A Framework for Analysing Participation in Development iii Preface One way to improve and strengthen aid, according to a number of international

Culture’s essential role, Summary, Framework for Thinking about Collaboration, Framework for Thinking about Collaboration within the Intelligence Community, Teaching & Learning in Culturally Diverse, Specification, For Analysing Participation in, For Analysing Participation in Development