Plain, Honest Men: The Making of the American …

Book Reviews Plain, Honest Men: The Making of the American Constitution by Richard Beeman Courtesy of Random House . Reviewed by colonel Alan Cate, USA, Retired B y the mid-1780s, many Americans believed the newly independent United States was dangerously adrift. Under the Articles of Confederation, the loose form of New York, NY: Random House, national government adopted during the Revolution, the 2009 country seemed powerless to confront its enormous prob- 514 pages lems. Mired in depression, and experiencing a serious $ currency drain and rampant inflation, the Confederation Congress in New York could regulate neither trade nor money. Nor could it levy taxes. Unable to honor the recent peace treaty with Britain by paying off pre-war debts, the nation suffered the humiliation of red- coats refusing to vacate posts on American soil.

1 Book Reviews Plain, Honest Men: The Making of the American Constitution by Richard Beeman Courtesy of Random House . Reviewed by colonel Alan Cate, USA, Retired B y the mid-1780s, many Americans believed the newly independent United States was dangerously adrift. Under the Articles of Confederation, the loose form of New York, NY: Random House, national government adopted during the Revolution, the 2009 country seemed powerless to confront its enormous prob- 514 pages lems. Mired in depression, and experiencing a serious $ currency drain and rampant inflation, the Confederation Congress in New York could regulate neither trade nor money. Nor could it levy taxes. Unable to honor the recent peace treaty with Britain by paying off pre-war debts, the nation suffered the humiliation of red- coats refusing to vacate posts on American soil.

2 The lack of funds, along with republican fears of a standing army, meant no troops were available to contest these acts. One nationalist declared to George Washington, retired at Mount Vernon, that this situation represented a crisis worse than the war. The old hero replied that Americans probably had too good an opinion of human nature in forming the confederation and that the country needed a stronger national government with more coercive power. Writing to another correspondent Washington plaintively asked, Have we fought for this? . This crisis of the 1780s furnishes the backdrop to Plain, Honest Men, Richard Beeman's marvelous account of the Constitutional Convention of 1787, where from late May to mid-September a small group of men.

3 Convinced that America's experiment in republican liberty was in jeopardy . took bold action to reboot the country. Thomas Jefferson he wasn't there; he was in Paris on a diplomatic mission later called this gathering an assemblage of demigods and the best known popular history of the Convention is titled Miracle at Philadelphia, but there was nothing godlike or miraculous about what transpired. Rather, what Beeman, a distinguished scholar of early America at the University of Pennsylvania, demonstrates here is that truth can be more fascinating than . and just as inspiring as mythology. Beeman reminds us that the past is a foreign country. In the late eigh- teenth century, intellectualism and political activism could naturally, easily coexist.

4 The framers were both the intellectual and political leaders of their respective states, and were equally at home in the realms of theory and practice. Beeman limns a striking collective picture. There were 55 accredited delegates from 12 states; Rhode Island didn't bother to send anyone and New Hampshire's representatives had to pay their own way. Not all were present for the entire four-month Convention; some arrived late, while others checked 170 Parameters Richard Beeman's Plain, Honest Men out early because of disenchantment or more pressing business back home. Only the most persistent, patient, and flexible stayed at it. Thirty-nine of the 42 men present on the final day signed the document.

5 Eight of the 55 had also signed the Declaration of Independence. Thirty saw active service during the War of Independence. Fully 42 of them had served in or were current members of Congress. Twenty-five owned slaves. Two would become President. Two would be killed in duels. The individual portraits are sharply drawn. For Beeman, the three indispensable men were a soldier, a scholar, and a sage: Washington, James Madison, and Benjamin Franklin. None would dispute the centrality of the first two. The Father of our Country presided over the Convention and, although he remained virtually silent throughout, his mere presence lent vital prestige and gravitas to the proceedings.

6 The Father of the Constitution supplied the intellectual firepower .. that animated the Convention. On the other hand, many historians might demur at the significance Beeman attributes to Franklin, who at 81 was by far the oldest delegate. Even Beeman concedes that his contributions to debate were occasionally off the point, even a little bizarre. Still, he convincingly argues that Franklin embodied the spirit of compromise necessary if the thirteen independent states were to come together in an effective and durable union.. Beeman's depictions of the second tier participants are equally arrest- ing. Most notable among them were Connecticut's Oliver Ellsworth and Roger Sherman, South Carolina's Charles Pinckney, and Massachusetts's Elbridge Gerry.

7 The first two repeatedly steered their frequently fractious colleagues toward compromise. Pinckney was instrumental in ensuring that important protections for slavery wound up in the Constitution. And Gerry, the most consistent naysayer at the Convention, ultimately refused to sign the final document. That document remains a model of concision. The original handwrit- ten version numbered just four pages; its 27 amendments if similarly written out would lengthen it to only seven pages. By way of contrast, the European Union's constitution is currently at more than 850 pages and counting. And compared to other written charters the framers' handiwork has endured, in contrast, say, to the old joke about where in the library one finds a copy of the French Constitution: periodicals.

8 A day-by-day account of the legislative wrangling that produced the Constitution may not sound like compelling reading, but Beeman transmits a palpable sense of the drama played out in Philadelphia over a long, hot summer. As much work was done in the city's taverns and coffee houses as in the actual meeting venue. Beeman phrases it nicely; these were men who appreciated the benefits of lubricious conviviality. Dozens of issues, great and trivial, had to be resolved. The most contentious was whether to grant equal or proportional representation, based upon population, to each of the states in the national legis- lature. Our bicameral Congress represents the compromise solution.

9 Curiously enough, for all the bickering over this topic, a large-small state divide has never Spring 2011 171. Book Reviews been an issue in our politics. On the other hand, sectionalism specifically a north-south split over slavery subsequently poisoned the country. More than previous works on the Making of the Constitution, Beeman analyzes the framers and slavery, the paradox at the nation's core. His dis- cussion is thorough and sensitive. The framers' disagreements over slavery centered not on morality, but on questions of property rights, and the distribu- tion of power between north and south. He sadly, but judiciously, concludes that there were no moral heroes on this issue and that our Founding Fathers were prisoners of the prevailing economic forces and social attitudes of their time.

10 Beeman tells an old story well and in a way that suggests valuable lessons for our own time. The framers were accomplished and opinionated men, yet they largely succeeded in checking their egos at the door. They could be highly partisan and often disagreed vehemently, yet their disputes never degenerated into the rageaholic behavior that lately has become distress- ingly common in our politics. And those today who insist on sticking to the framers' original intent might reflect on how frequently they were divided over and tentative about the precise meaning of many of the Constitution's parts. Yet, while not achieving perfection, they did indeed move in the direction of a more perfect union and Beeman is correct to conclude that their legacy remains an extraordinary accomplishment. 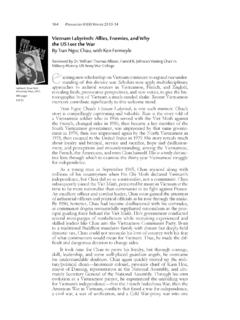 Vietnam Labyrinth: Allies, Enemies, and Why the US … 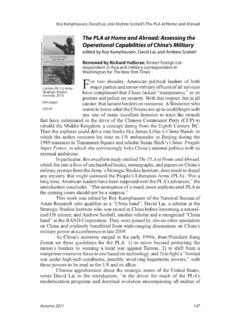 The PLA at Home and Abroad: Assessing the … 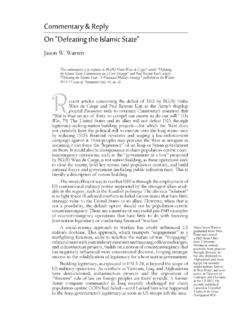 This commentary is in response to BG(R) Huba Wass de Czege's article "Defeating the Islamic State: Commentary on a Core Strategy" and Paul Rexton Kan's article 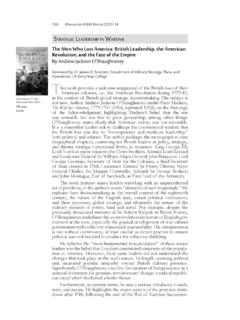 strAteGic leAdership iN W The Men Who Lost … 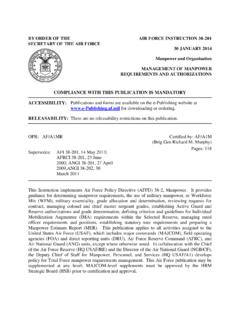 BY ORDER OF THE AIR FORCE INSTRUCTION 38 … 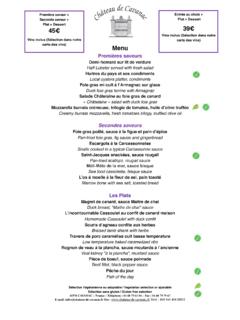 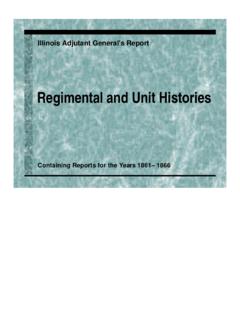