2 Plat-GP cells can be kept in good condition in for at least 4 months in the presence of drug selection, and can produce retroviruses with an average titer of 1 x 107 infectious units/mL by transient transfection. In addition, replication competent retroviruses (RCR) are virtually nonexistent because only coding sequences of viral structural genes are used, avoiding any unnecessary Retroviral sequences. The Plat-GP cell line allows you to select the envelop according to the tropism needed. The viral env gene, such as VSV-G, must be cotransfected with the Retroviral expression vector. The Plat-GP cell line is designed for rapid, transient production of high-titer retrovirus. Figure 1. Jurkat cells were infected with GFP retrovirus supernatant produced in Plat-GP cells after transfection. Medium 1. Culture Medium: DMEM, 10% fetal calf serum (FCS), 10 g/mL blasticidin, penicillin and streptomycin 2.

4 It is normal to see some cells floating after the first 24 hours. Don't culture cells to complete confluency. Split cells 4X to 6X every two to three days when the culture reaches 70-90% confluency. II. Splitting the cells Note: Avoid forming bubbles as much as possible during this procedure. 1. Wash cells once with PBS. 2. Add 4 mL of mM EDTA solution to a 10 cm dish and incubate at 37 C for 3-5. min. 3. Remove the cells from the dish surface by tapping the rim of the culture dish. 4. Transfer 10 mL of the culture medium to a 50 mL tube. 5. Using the same pipette with some residual culture medium, wash the dish surface gently three times in 4 mL of theTrypsin/EDTA solution. 6. Gently pipette the cell suspension up and down 7 times and transfer the cell suspension into the 50. mL tube containing 10 mL medium from step 4. 7. Centrifuge the cells for 5 min at 1300-1500 rpm.

5 8. Discard the supernatant and break the cell pellet by finger tapping. 9. Add a few drops of culture medium with gentle shaking and finger tap the tube a few times. 10. Add 5 mL of culture medium and gently pipet the cell suspension up and down twice. 11. Add 15 mL of culture medium, then count and seed the cells . Typically 107 cells can be harvested from one 10 cm culture dish. Transfection 1. Seed 2 x 106 cells in a 60 mm culture dish without antibiotics including blasticidin one day before transfection. 2. After 16 to 24 hours, start transfection when the culture becomes 70-80% confluent. Note: We suggest transfecting cells with FuGENE Transfection Reagent (Roche Applied Science) or Lipofectamine Plus (Invitrogen). For example, 3 g DNA is mixed with 9 L. FuGENE Transfection Reagent according to the manufacturer's recommendation. The mixed DNA- FuGENE complex is added by dropwise into the culture media.

10 THERE ARE NO WARRANTIES THAT EXTEND BEYOND THIS EXPRESSED WARRANTY. AND CELL BIOLABS DISCLAIMS ANY IMPLIED WARRANTY OF MERCHANTABILITY OR WARRANTY OF. FITNESS FOR PARTICULAR PURPOSE. CELL BIOLABS's sole obligation and purchaser's exclusive remedy for breach of this warranty shall be, at the option of CELL BIOLABS, to repair or replace the products. In no event shall CELL BIOLABS. be liable for any proximate, incidental or consequential damages in connection with the products. License Information This licensed product is intended for ACADEMIC, GOVERNMENT AND NON-PROFIT RESEARCH. USE ONLY; not for use in diagnostic or therapeutic procedures. The product may not be transferred, sold, or otherwise provided to another laboratory except by an authorized distributor of Cell Biolabs, Inc. Use of this product by Biotechnology and Pharmaceutical companies requires a license for all fields of use including research. 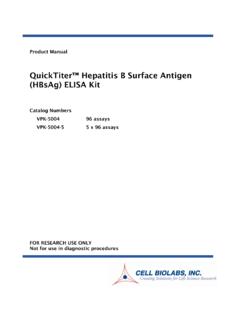 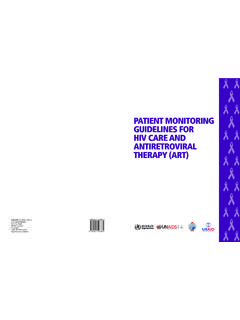 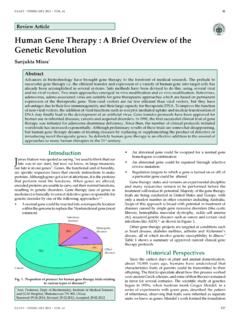 Human Gene Therapy : A Brief Overview of the …

Pooling of Healthcare Financing in South Africa The allocation of healthcare expenditure per person for the 2003 period is estimated as follows: 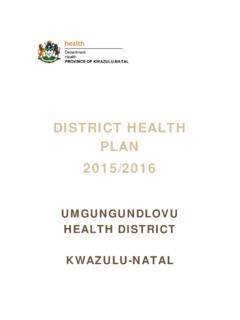 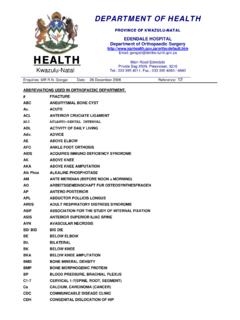 national consolidated guidelines for the prevention of mother-to-child transmission iii of hiv (pmtct) and the management of hiv in children, adolescents and adults