Measuring torque when installing controlled tensioning of a threaded fas- Authored by: *. threaded fasteners is the best indicator of tener while monitoring both torque and future Joint performance, right? Actually, tension. At a specified torque or tension, David Archer :4, 2t1. President bolt tension is a better performance indi- the known values for 7, D, and F are in- ln Archetype Fasteners LLC ',, cator, but measuring torque is far easier serted into the short-form equation to per- Orion, Mich. ,41. to do. mit solving for K. Bolt tension is created when a bolt elon- Many engineers use a single value of K Edited by Jessica Shapiro ,: gates during tightening, producing the across a variety of threaded-fastener diam- *. clamp load that prevents movement be- eters and geometries. This approach is valid Key points: .4. t tween Joint members.

1 Measuring torque when installing controlled tensioning of a threaded fas- Authored by: *. threaded fasteners is the best indicator of tener while monitoring both torque and future Joint performance, right? Actually, tension. At a specified torque or tension, David Archer :4, 2t1. President bolt tension is a better performance indi- the known values for 7, D, and F are in- ln Archetype Fasteners LLC ',, cator, but measuring torque is far easier serted into the short-form equation to per- Orion, Mich. ,41. to do. mit solving for K. Bolt tension is created when a bolt elon- Many engineers use a single value of K Edited by Jessica Shapiro ,: gates during tightening, producing the across a variety of threaded-fastener diam- *. clamp load that prevents movement be- eters and geometries. This approach is valid Key points: .4. t tween Joint members.

2 Such movement is to some extent, because an experimentally . The experimentally determined *ta4. arguably the most common cause of struc- determined nut factor is by definition inde- nut factot K. consolidates the /a tural Joint failures. The relationship be- pendent of fastener diameter. But to truly friction effects on threaded- t!: fastener systems. tween applied torque and the tension cre- understand the factors involved, it is help- ful to compare the short-form equation . A nut factor determined for one tt ated is described by the relationship: T=KxDxF with a torque-tension relationship derived fastener geometry is valid for , from engineering principles. fasteners of similar geometry but :al different diameters. x where T = torque, K = nut factor , some- Several of these equations are common, ia times called the friction factor , D = bolt especially in designs that are primarily used.

3 Testing Joint prototypes y,;. g diameter, and F = bolt tension generated in the Each produces similar results highlig hts fastener interactions during tightening. This expression is often and takes the general form: and points out design flaws. t;. L. called the short-form equation. Resources: T=FxX *. n ArchetypeJoint !LC, The nut factor where X represents a series of terms w w w. a r ch ety pej o i nt. co m a, The nut factor , K consolidates all fac- detailing fastener geometry and friction ' Joint Decisions," Mncurnr Drsrcru, ar'. tat tors that affect clamp load, many of which coefficients. These relationships are often April 1, 2005, http://ti ,.7. *. are difficult to quantify without mechani- referred to as long-form equations. (Three "How Tight is Right?" Mncurr're ta cal testing. The nut factor is, in reality, a of the most widely used long-form equa- Drsren, August 23, 2001, ta:l ta, fudge factor , not derived from engineering tions are discussed in the sidebar, The long principles, but arrived at experimentally to wary').

5 The impact of variables So how do design decisions influ- ence the nut factor that defines the torque-tension relationship? Specifi- cally, engineers maywonder howvalid a nut factor determined from a torque- tension test on one twe of fastener is for other fastener geometries. The short-form equation is structured so that the fas- tests on one fastener diameter can be used to calculate the tener diameter, D, is separate from the nut factor , K. This torque-tension relationship for fasteners with a different implies that a nut factor derived from torque-tension diameter. AUGUST 20,2OO9 MACHINE I 41. r- ,,v I. FASTENING & JOINING. J. Like the nut Validating variables factor itself, how- 35o/o ever, this approach While the nut isonlyanipproxi- factor K, in mation. The ac- $J roo" the short-form equation is curacv of usine u F- experimentally F )\o/^.

6 Nomlnal lastener determined, diameter, D, to .g long-form applyaconstant !2aon equations use nut factor across E several variables a range of fastener 3 rcon to quantify sizes depends E the effects of on the extent to P thread pitch and " c ^^", lv-/o friction on the wnrcn lastener clr- ; torque-tension ameter affects re- .0. traces shown here help explain the effect each 4oo/o 600/o 80o/o 1$0o/o variable has on lncrease in variable (o/o) bolt tension. sense to examine them individually. importance of thread pitch falls. Clearance-hole diameter, for instance, is directly tied There is a maximum deviation of between the to nominal diameter. The long-form equations calculate results ofthe short and long-form equations for stan- that swapping a close-diametrical-clearance hole with dard-pitch, metric, hex-head-cap screws with constant one 10% larger leads to a 2o/o reduction in bolt tension and equal coefficients offriction.

7 As friction coefficients for a given torque. Enlarging the fastener-head bearing increase, there's less error in assuming the nut factor var- diameter by 35o/o, say by replacing a standard hex-head ies directly with nominal diameter because the impact of fastener with a hex-flange-head, cuts bolt tension by 8% thread pitch, the most independent variable, falls. for a given torque. So, if all else is held constant, it's reasonabie to apply Both bearing diameter and hole clearance generally a nut factor calculated at one fastener diameter across a scale linearly with bolt diameter, so their relative impor- range offastener sizes. For best resuits, engineers should tance remains the same over a range of fastener diame- base testing on the weighted mean diameter of the fasten- ters. However, different head styles or clearances change the reaction torque from underhead friction because the contact radius changes.

8 Doubling the thread friction coef- ficient on its own, say by changing the finish or removing lubricant, reduces 50. bolt tension by 28Vo for a given torque. Engineers should note that the thread 240. and underhead friction coefficients are CJ. often assumed to be equai for conve- x5u nience in test setups and calculations. ISO 16047 estimates that this assumD- 20. tion can lead to errors of I to 2o/o. Thread pitch tends to be more 10. indeoendent of nominal diameter thanlhe other variables. Increasing just thread pitch by 40% cuts tension 0l020304050. 5o/o for a given torque. However, the Tension (kN). reaction-torque term containing the thread pitch, P Torque-tension tests on simplified representative joints let engineers - Pl2n - does not contain a friction coefficient. There- determine a nut factor that can define the torque-tension relationship for similar fasteners with different diameters.

10 -,;.. , ,..,-,,..,.."-,..,., ,..:,.- .. ,. ,-,; ," ';-) Kwere chosen to pr ximations -. -- - - M5 M6 Mlo M12 M14 M16 M20 M22 M24 normalizetracesfor ih t may make Ml2fasteners. tt m no more Nominal fastener diameter , ,:i,r,t:t,t,t1: I t,t: I i :.. :-.:::':' :' '.. (lC fect than an rr( ation using ers forwhich the nut factor will be used. an experimentally derived nut factor . Many engineers find it expedient to apply a single nut The potential errors in both types of e uations pale factor across even greater fastener ranges, such as those compared to the variations in real-world jo, ts. Benchtop with different head styles or clearance diameters. Apply- torque-tension testing shows approximate y 10% varia- ing the nut factor to joints where geometric variables other tions within samples even when all fastt:ner and bearing than nominal diameters are changing causes the short- materials are the same.) 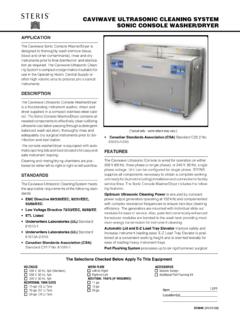 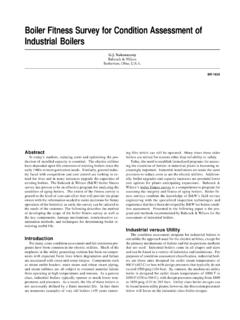 2 Babcock & Wilcox Condition Assessment Considerations In the planning of a condition assessment program it is im-portant to consider the objectives for the boiler. 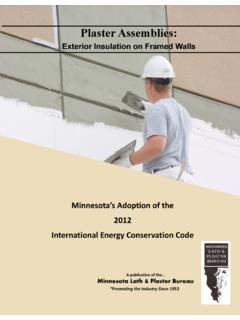 1 A publication of the… Minnesota Lath & Plaster Bureau “Promoting the Industry Since 1953” Plaster Assemblies: Exterior Insulation on Framed Walls