3 Principle 5: programs should respond to the diverse needs of the participants and 22. Outcome Standards for Perpetrator 23. 24. 1. Practice Standards for Perpetrator Intervention : Engaging and Responding to Men who are Perpetrators of Family and Domestic Violence Introduction Family and domestic violence is a gendered crime perpetrated mainly by men against their female intimate partners or family members. In Australia, anywhere between one in three (Mouzos & Makkai, 2004) and one in five women (ABS 2005; 2012) experience violence by an intimate partner or family member and one in four children witness this abuse while they are growing up (Indermaur, 2001). For Aboriginal women and children, the rates are even higher with up to one in two experiencing family and domestic violence (Mouzos & Makkai, 2004.)

4 AIHW, 2006). The impacts of family and domestic violence for adult and child victims are pervasive, affecting all aspects of health and wellbeing. Family and domestic violence is the leading cause of: perceived and actual threats to safety for women and children (ABS, 2005; 2012); non-accidental injury and death for women aged between 15 and 44. (VicHealth 2004); homelessness for women and children (Tually, Faulkner, Cutler & Slatter, 2008); mental health diagnoses and substance misuse for women (Golding, 1999; Keys & Young, 1998); and physical and emotional harm (or risk of) for children (Humphreys 2007). The prevalence of family and domestic violence and the magnitude of its effects on the health and wellbeing of adult and child victims, is caused in part by the often inconsistent, incoherent and ineffective responses to the men at risk of or using violence.

5 This includes: engaging women and children around strategies to keep themselves safe in isolation of a response to the Perpetrator . This often leads to men who use violence being invisible' to the service system which can reduce women's confidence in the service response and exacerbate risk;. inconsistent responses/decision making within the criminal justice system;. siloed approaches to service delivery including agencies and organisations working in isolation with limited to no sharing of information or case coordination;. inadvertent collusion with perpetrators deflections, minimisations or victim blaming;. limited capacity to identify and respond to perpetrators of family and domestic violence when they present in non-violence related fields , substance misuse, mental health; and limited capacity to respond to men using violence who have complex or diverse needs such as co-occurring substance misuse or mental health issues, men with disability or English as a second language.

7 This is formalised through the state government's commitment to the National Plan to Reduce Violence against Women and their Children 2010-2022 and Western Australia's Family and Domestic Violence Prevention Strategy to 2022. Integrated responses to family and domestic violence are recognised nationally and internationally as best Practice . The term integrated response' refers to government agencies and community sector services working in a coordinated and collaborative manner to provide holistic, safe and accountable responses to victims and perpetrators of family and domestic violence; streamlined pathways through the service system; and coordinated service delivery between agencies.

8 Integrated responses increase the collective capacity and effectiveness of the service system to identify and respond to victims and perpetrators. With regards to men who are using violence, the important functions of an integrated response include but are not limited to: promoting gender equity; reducing community tolerance to violence through information, education and direct action; identifying men using violence;. engaging men about their violence; assessing, managing and monitoring risk; supporting behaviour change; and providing options for the containment of violence and risk. Accountable responses to family and domestic violence prioritise the safety of women and children and hold men responsible for their use of violence.

9 In Practice , an accountable service response to men using violence provides consistent and constant messages and actions that violence will not be tolerated, is not justifiable, normal or excusable. The actions that may result from this stance will vary according to the agency or organisation involved. However, at a minimum, would include: providing consistent information and messages that violence is not tolerated or accepted; not colluding with men's deflections or victim blaming; providing referrals to behaviour change interventions ; sharing information about risk; reporting criminal offences; reporting concerns about the child and adult victim to child protection (and/or other relevant authorities); participating in multi-agency case (risk) management; and contributing to the monitoring of a man's use of violence.

2 relationship are significant assessment considerations. Sexual activities between young people are not considered as sexual abuse unless: it is non-consensual or there are concerns about the young person’s capacity to give consent; or

Some important points about this guide This guide has been prepared because of the importance of professionals in the Out-of-Home Care, Child Protection and Individual and Family Support areas to understand the typical developmental pathways of children 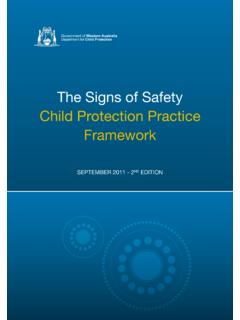 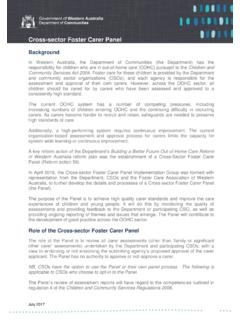 July 2017 Implementation of the Panel will be staged: April 2017 - the Department commences submitting its carer application assessments to the Panel for endorsement. 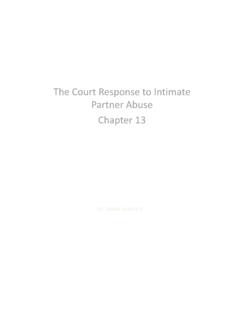 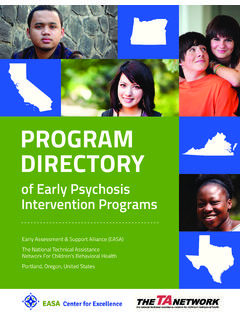 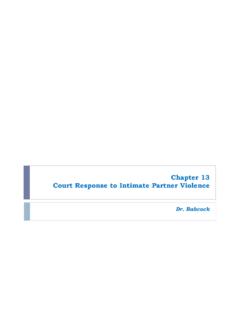 Domestic Violence Advocates A domestic violence advocate: Is an individual with experience and training related to domestic violence and/or crime victims’ advocacy. May be required to attend court hearings in support of victims. Responds to hospital or law enforcement referrals to provide advocacy. Assists with filing forms for domestic violence criminal and civil restraining orders.