2.2 The PMGSY will permit the Upgradation (to prescribed standards) of the existing roads in those Districts where all the eligible Habitations of the designated

2 15. Quality Control and Supervision of Works 32. 16. Monitoring 36. 17. Maintenance of Rural Roads 37. Part III - FLOW OF FUNDS, PROCEDURE FOR RELEASE AND. AUDIT. 18. Flow of Funds 40. 19. Procedure for Release of Funds to the State Level Agency 43. 20. Audit 45. 21. Miscellaneous 45. 22. Convergence 46. Part I - PROGRAMME OBJECTIVES AND GUIDING PRINCIPLES. I. INTRODUCTION. Rural Road Connectivity is not only a key component of Rural Development by promoting access to economic and social services and thereby generating increased agricultural incomes and productive employment opportunities in India, it is also as a result, a key ingredient in ensuring sustainable poverty reduction.

3 Notwithstanding the efforts made, over the years, at the State and Central levels, through different Programmes, many Habitations in the country are still not connected by All-weather roads. It is well known that even where connectivity has been provided, the roads constructed are of such quality (due to poor construction or maintenance) that they cannot always be categorised as All-weather roads. With a view to redressing the situation, Government had launched the PRADHAN MANTRI gram SADAK YOJANA on 25th December, 2000 to provide all-weather access to eligible unconnected habitations. The PRADHAN MANTRI gram SADAK YOJANA 1. ( pmgsy ) is a 100% Centrally Sponsored Scheme.

4 ` liter out of the Cess on High Speed Diesel (HSD) is earmarked for this Programme. 2. PROGRAMME OBJECTIVES. The primary objective of the pmgsy is to provide Connectivity, by way of an All-weather Road (with necessary culverts and cross-drainage structures, which is operable throughout the year), to the eligible unconnected Habitations in the rural areas with a population of 500 persons and above in Plain areas. In respect of the Hill States (North-East, Sikkim, Himachal Pradesh, Jammu & Kashmir and Uttarakhand), the Desert Areas (as identified in the Desert Development Programme), the Tribal (Schedule V) areas and Selected Tribal and Backward Districts (as identified by the Ministry of Home Affairs and Planning Commission)*.

5 The objective would be to connect eligible unconnected Habitations with a population of 250 persons and above. ( *Substituted vide Circular No. P-17025/39/2010-RC dated 10/3/2011 ). PRADHAN MANTRI gram SADAK YOJANA The pmgsy will permit the Upgradation (to prescribed standards) of the existing roads in those Districts where all the eligible Habitations of the designated population size (refer Para above) have been provided all-weather road connectivity. However, it must be noted that Upgradation is not central to the Programme. In Upgradation works, priority should be given to Through Routes of the Rural Core Network, which carry more traffic (see Para below). 3. GUIDING PRINCIPLES OF pmgsy AND DEFINITIONS.

6 The spirit and the objective of the PRADHAN MANTRI gram SADAK YOJANA ( pmgsy ) is to provide good all-weather road connectivity to the eligible unconnected Habitations. A habitation which was earlier provided all-weather connectivity would not be eligible even if the present condition of the road is bad. The unit for this Programme is a Habitation and not a Revenue village or a Panchayat. A Habitation is a cluster of population, living in an area, the location of 2 which does not change over time. Desam, Dhanis, Tolas, Majras, Hamlets etc. are commonly used terminology to describe the Habitations. An Unconnected Habitation is one with a population of designated size (refer to Para above) located at a distance of at least 500 metre or more ( km of path distance in case of Hills) from an All-weather road or a connected Habitation.

8 This Programme Guidelines cluster approach would enable provision of connectivity to a larger number of Habitations, particularly in the Hill/ mountainous areas. (@Substituted vide MoRD letter No. P-17023/38/2005-RC dated 29th February, 2008). The eligible Unconnected Habitations are to be connected to nearby Habitations already connected by an All-weather road or to another existing All- weather road so that services (educational, health, marketing facilities etc.), which are not available in the unconnected Habitation, become available to the residents. A Core Network is that minimal Network of roads (routes) that is essential to provide Basic access to essential social and economic services to all eligible unconnected habitations in the selected areas through at least a single all-weather road connectivity.

10 Is part of the Core Network. While keeping the objective of Connectivity in view, preference should be given to those roads which also incidentally serve other Habitations. In other words, without compromising the basic objective (covering 1000+ Habitations first and 500+ Habitations next and 250+ Habitations where eligible, last), preference should be given to those roads which serve a larger population. For this purpose, while Habitations within a distance of 500 metres from the road is considered as connected in case of plain areas, this distance PRADHAN MANTRI gram SADAK YOJANA should be km (of path length) in respect of Hills. The pmgsy shall cover only the rural areas. 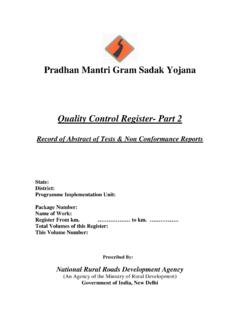 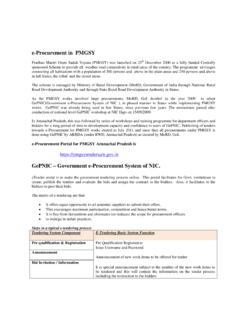 e-Procurement in PMGSY Pradhan Mantri Gram Sadak Yojana (PMGSY) was launched on 25th December 2000 as a fully funded Centrally sponsored Scheme to provide all weather road connectivity in rural areas of the country. 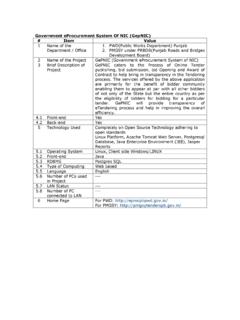 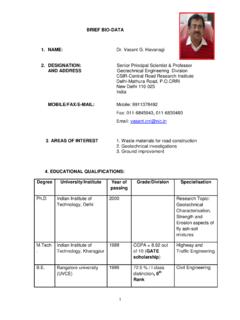