PREPARING FOR THE FUTURE : A VISION OF WEST …

3 In 1991, four member countries of the club du Sahel: Canada, the United States, France and the Netherlands, suggested that a regional study be undertaken of the long-term prospects for West Africa. Several Sahelian countries and several coastal West African countries backed the idea. To carry out this regional study, the club du Sahel Secretariat and the CINERGIE group (a project set up under a 1991 agreement between the OECD and the African Development Bank) formed a multi-disciplinary team of African and non-African experts.

4 The European Commission, the World Bank and the African Development Bank provided the funds necessary to finance the study. The club du Sahel Secretariat, working in conjunction with the CINERGIE group in Abidjan, directed the group of experts in charge of the study. On several occasions, a Scientific Committee and various advisory groups were organised to help formulate preliminary findings and ideas. The group coordinators were in regular contact with the groups of experts from the United Nations Development Program (UNDP) in charge of the National Long-Term Perspectives Studies (NLTPS) in African countries.

5 Undertaking a study of long-term perspectives in West Africa would necessitate taking a step back in order to see far ahead. CINERGIE and the club du Sahel, not being bound by any short-term policy deadlines, were in a good position to do just that. However, since long-term developments depend on individual or collective short-term decisions, it is hoped that the study will provide food for thought and, if possible, some guidelines for day-to-day action. Such was the hope of the countries that commissioned CINERGIE and the club du Sahel Secretariat to carry out this study.

6 The purpose of the West Africa Long-Term Perspective Study (WALTPS) is to gain a better understanding of the main trends that have dictated change in the region over the past half a century or so, and to reflect upon the direction of change over the next three decades. The aim is to arrive at a set of hypotheses regarding the direction of FUTURE change, in order to develop a sketch of the region around the year 2020. The authors have confidence in scientific progress, human ingenuity, the entrepreneurial spirit and the will of West Africa's people to live and live better.

7 They are aware of the risks the FUTURE holds for West Africa. They have sought to sketch a picture that holds promise, despite the difficulties the region will encounter. This picture incorporates a plan, one which will have to be brought to maturity and carried out by Africans. That said, outside agencies wishing to assist should, in fact, be prepared to do so. A further aim of the study is to show that the West African population has made considerable efforts to adapt to the changes occurring in the region.

8 In all probability, it will continue to do so. 3. A VISION OF WEST AFRICA IN THE YEAR 2020: PREPARING FOR THE FUTURE .. This adaptation has taken place under difficult conditions: traditional civilisations have been poorly adapted to the modern world; political and administrative leadership have been ill prepared to observe and to direct change; human resources have lacked education and training; and capital accumulation and financing capacity levels have been extremely low. Moreover, nation-building was prioritized over regional co-operation.

9 For a certain period the aid to African development efforts was supported by the international context; then the situation destabilized. Foreign aid, though abundant for twenty years, has not managed to pull Africa out of its crisis and has kept the region in a position of dependence. The global economic crisis has undermined Western confidence in the FUTURE in general and above all in the FUTURE of Africa. Public aid has diminished substantially. The authors of the study do not underestimate the dangers that such extreme and very rapid changes represent for West Africa.

10 But they are convinced that West Africans have learned a great deal from the opportunities and difficulties of the past thirty years and that, despite the exceptional constraints they will be working under in the coming decades, they will be able to benefit from these lessons. The authors take quite the opposite view to that of a region with no FUTURE . To describe past developments and FUTURE prospects, the authors have carried out a more detailed analysis than is usual in long-term studies of the changes that have taken place in the region's human geography, in the relationship between its people and their natural environment. 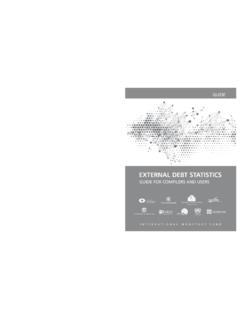 THE WORLD BANK CLUB DE PARIS Working for a …