1. Pricing Energy and Ancillary Services in Integrated Market Systems by an Optimal Power Flow Tong Wu, Member, IEEE, Mark Rothleder, Member, IEEE, Ziad Alaywan, Senior Member, IEEE, Alex D. Papalexopoulos, Fellow, IEEE. optimized pool to be captured without having to deal with Abstract A detailed AC OPF-based formulation for all the problems associated with complex optimization procuring, Pricing , and settling Energy and Ancillary service in software tools. [1]. Examples of unbundled systems are in simultaneous auctions by Integrated market systems is presented. Australia, Scandinavia, California 1998-2000, and Texas, as The paper provides clear definitions of Locational Marginal well as in Britain's new system that began operation in 2001. Prices for Energy and Ancillary Service Marginal Prices in terms of Lagrange multipliers. The characteristics of the prices are In the second form of auctions used in market systems, analyzed especially when economic substitution among Ancillary called Integrated systems, market products are procured Services is required.

3 forward energy market. To simplify the presentation, it is assumed in this paper that each node has at maximum one resour ce.

1 1. Pricing Energy and Ancillary Services in Integrated Market Systems by an Optimal Power Flow Tong Wu, Member, IEEE, Mark Rothleder, Member, IEEE, Ziad Alaywan, Senior Member, IEEE, Alex D. Papalexopoulos, Fellow, IEEE. optimized pool to be captured without having to deal with Abstract A detailed AC OPF-based formulation for all the problems associated with complex optimization procuring, Pricing , and settling Energy and Ancillary service in software tools. [1]. Examples of unbundled systems are in simultaneous auctions by Integrated market systems is presented. Australia, Scandinavia, California 1998-2000, and Texas, as The paper provides clear definitions of Locational Marginal well as in Britain's new system that began operation in 2001. Prices for Energy and Ancillary Service Marginal Prices in terms of Lagrange multipliers. The characteristics of the prices are In the second form of auctions used in market systems, analyzed especially when economic substitution among Ancillary called Integrated systems, market products are procured Services is required.

2 The paper also evaluates the conditions simultaneously through central auctions. The incentive for under which opportunity costs are incurred to units that provide developing Integrated systems is to realize gains from tight Ancillary Services . It is particularly shown that the intuitive belief coordination in daily operations, while strengthening system that the provision of regulation down service does not incur opportunity cost to the provider, in general, is not true. reliability. The basic argument for Integrated systems is that optimization is necessary to minimize the total costs of Index Terms Power system economics, optimal power flow, coordinating generation, transmission and reserves to meet deregulation, locational marginal price, Ancillary service, demand and ensure reliability. Proponents of Integrated transmission congestion, transmission losses, opportunity cost.

3 Systems claim that the resulting Pricing is superior in the sense that the shadow prices derived from the constrained I. INTRODUCTION optimization accurately reflects the system-wide opportunity C OMPETITIVE Energy markets are instituted around the world and electric supply industries are restructured to compete in the new emerging markets. In general, two extreme costs of scarce resources, both inter-temporally and spatially. Examples of Integrated systems are in Britain 1989-2001 and in the US, in New York, New England and PJM. Current forms of market auctions exist for trading of various Energy experience from operating Energy markets seems to give products and Services . Their difference stems from choosing credence to the claim that practical unbundled systems, as between tighter coordination and greater reliance on private currently implemented, are crude and Integrated systems might markets.

4 Certain hybrid versions that claim to obtain the best be superior, at least in the initial stage of market evolution. A. of both market forms are also beginning to emerge. thorough evaluation of unbundled and Integrated market In the first form of auction used in market systems, called systems is given in [2]. unbundled systems, market products are procured sequentially This paper analyzes the characteristics of simultaneous through central auctions managed by the ISO/RTO. The initial auctions of Integrated systems and the Pricing mechanisms for market is the Energy market, followed by a transmission simultaneously procured Energy and Ancillary Services (A/S). market to manage congestions, followed by a market for using an AC Optimal Power Flow (OPF)-based formulation. Ancillary Services (A/S) to conform to mandated reliability The New York ISO (NYISO) has implemented the approach criteria.

5 The forward markets (on a day-ahead and hour-ahead of simultaneous auction by an AC OPF formulation [3]. The basis) are followed by a real time market in which the California ISO is also in the process of implementing a similar ISO/RTO uses A/S Energy and supplemental Energy offers to formulation [4][5]. However, a detailed formulation of the balance the system in real time. Participation in each market is problem and a clear explanation of the implications of the voluntary, so that traders can move freely from one market to simultaneous formulation have not been forthcoming. This another to arbitrage price differences between the markets. paper presents a detailed mathematical formulation of the Proponents of these auctions claim that the voluntary nature of simultaneous auction of Energy and A/S and a rigorous market participation allows the efficiencies provided by an analysis of the characteristics of the prices defined by the resulting Lagrange multipliers.

6 The theoretical analysis provided by this paper has helped us validate intuitive beliefs Tong Wu is an Independent Consultant affiliated with ECCO and insights gained over the course of many years of International, Folsom, CA 95630 USA (e-mail: designing, implementing and running Energy markets, and Mark Rothleder and Ziad Alaywan are with California ISO, Folsom, CA identify and discard misconceptions that unfortunately are still 95630 USA (e-mails: Alex Papalexopoulos is with ECCO International, San Francisco, CA. prevalent in the design of wholesale Energy markets. For 94104 USA (e-mail: example, this paper shows that the provision of Regulation- 2. Down A/S can incur opportunity cost to the provider, under not within the scope of this paper. The focus of this paper is certain conditions, which have been initially perceived as the AC OPF that determines the final schedules and prices counter-intuitive.)))

7 Based on the UC results. Inter-temporal constraints are not Traditional OPF formulations and their solution modeled explicitly in the formulation. In the general case, the characteristics are well described in [6], [7], [8], [9] and [10]. AC OPF function needs to be Integrated with an AC OPF. The relationship between nodal prices and transmission function to resolve inter-temporal constraint violations. shadow prices is also well analyzed in [11], [12] and [13]. The Certain algorithms for modeling ramping constraints in the UC. sequential auction for A/S that is currently deployed by the formulation can minimize the number of iterations at the California ISO is described in [14] and [15]. The optimization expense of increased dimension. However, the focus of this formulations that form the basis of the simultaneous auctions paper is to define and solve the problem for Pricing assuming a at the New York ISO and New England ISO are described in set of scheduled units rather than developing algorithms for [16] and [17].

8 Few other papers, such as [18], are presenting solving the general scheduling problem in its entirety. the methodology of Pricing Energy and A/S using OPF. A. Objective formulations. However, these papers do not provide sufficient details to allow a thorough analysis of the relationships among The objective of the AC OPF formulation is to minimize the the prices for Energy and A/S. In particular, we could not find sum of Energy costs and A/S costs over a prescribed settlement in the literature the definition and analysis of prices for A/S interval. The settlement interval is usually one hour for the when economic substitution of Services is required. Although Integrated forward markets. Each Energy cost function is a the Rational Buyer approach in [15] for procuring A/S allows piecewise linear convex curve. Each A/S cost function is a economic substitution of Services , it does not simultaneously linear function represented by the product of the procured optimize procurement of Energy and A/S.

9 Moreover, the quantity and the bid price. The Energy cost curve for each rational buyer formulation minimizes total payment instead of resource is either market-based bids submitted by the total cost; and the A/S prices so produced have exposed the resources or cost-based bids calculated from heat-rate, gas California ISO to financial neutrality problems. price index, and operation and maintenance costs. The The rest of the paper is organized as follows. Section II minimum load cost and the startup cost are not included in the presents the AC OPF formulation used in Integrated systems OPF formulation because they have been considered in the for the simultaneous auction of Energy and A/S. Section III unit commitment stage of the SCUC formulation. The provides insights on the characteristics of locational marginal objective for the AC OPF is to minimize the sum of the prices for Energy and A/S.

10 Section IV illustrates the concepts following components: (i) Energy Costs, (ii) Reg-Up Costs, by examples and Section V concludes the paper. (iii) Spin Costs, (iv) Non-Spin Costs, and (v) Reg-Down Costs. Mathematically the objective is to minimize: N 1. II. FORMULATION FOR SIMULTANEOUS Energy AND. CTotal(.) = C i ( Pi ) + C N [PN (x)] + C iRU ( RU i ). Ancillary SERVICE AUCTION. i =1 i I RU. The proposed market design is based on Locational Marginal Pricing (LMP) of Energy and regional Ancillary Service + C iSP ( SPi ) + CiNS ( NS i ) + CiRD ( RDi ) (1). Marginal Pricing (ASMP) of Regulation Up (Reg-Up), i I SP i I NS i I RD. Regulation Down (Reg-Down), Spinning Reserve (Spin), and where the symbols are defined as follows: Non-Spinning Reserves (Non-Spin). The California ISO plans CTotal(.) Total cost of Energy and A/S. to operate such a market in the future.

5 EXECUTIVE SUMMARY New York City Transit has requested an analysis considering changing from the current fleet of buses to Electric buses. NYC Transit and MTA bus have a combined fleet of about 5,700 buses 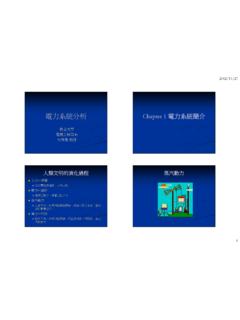 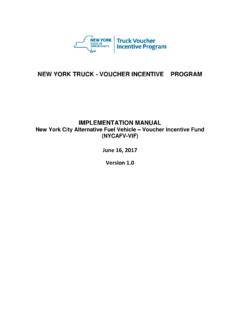 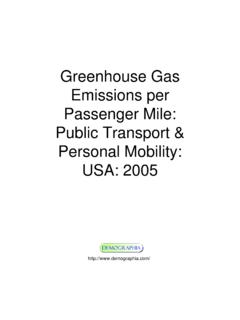 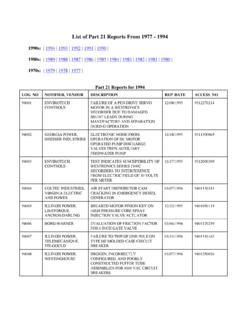