4 Biogas 31. 6 . 0 E C O N O M I C DEVELOPMENT 32. Overview 32. Green Technology Cluster 33. Community-Based renewable Energy Projects 34. 7 . 0 PAT H F O R WARD 35. Prince Edward I s l a n d E n e r g y S t r a t e g y In t ro d u c t i o n INTRODUCTION. 1 . 0 INTRODUCTION. Background The outcome of this consultative approach to the Island 's Energy policy development was The Province of Prince Edward Island has a list of 19 action items for the government developed a North American, if not global, to pursue. Today, nearly all of these items reputation in the development of renewable have been accomplished with significant Energy . PEI has always been viewed as an advancements made towards the incorpora- innovator in developing, demonstrating and tion of renewable Energy (wind power) into the deploying renewable Energy systems with due provincial Energy mix.

5 With the increasing costs regard for the environment. PEI has a strong of fossil fuel and the significant impact these reputation as a leader in the development of costs hare having on all Islanders, the timing its wind resources with the highest per capita for a renewed vision and Provincial Energy penetration of this renewable Energy in its Strategy with specific actions is now. provincial electricity portfolio. PEI has been a leader in the use of biomass resources Fossil fuel Energy use is having dramatic con- converting waste into thermal Energy to heat sequences for global warming and severely municipal buildings. Despite these and other impacting the environment.

6 The Government accomplishments, the Province does however of Prince Edward Island has, in parallel with continue to rely heavily on off- Island sources this new Energy Strategy , developed a Climate of imported fossil fuel-based Energy . Rising Change Strategy that will help serve to protect Energy costs are having a negative impact on the Island 's environment and lead to a more all Islanders, businesses and institutions and sustainable and economically robust future . new measures must be put in place now to secure the Island 's future prosperity. New Energy Strategy In June 2004, the Prince Edward Island Department of Environment and Energy Maximizing the potential for the development released its Energy Framework and renewable of the Island 's indigenous renewable Energy Energy Strategy .

7 Integral to the production of assets and ensuring they are developed wisely this document was input received from requires long-term planning. The Provincial interested stakeholders and the general public. Government has developed a renewed Provin- . P r i n c e E d w a rd I s l a n d E n e r g y Strategy Intro d u c t i o n Vision To ensure a prosperous future for residents and businesses of Prince Edward Island based on the cial Energy Strategy that will build and expand objectives of Energy security, environmental on the success of the 2004 Strategy . In devel- sustainability and economic development. oping this new five and ten year Energy vision for PEI, a discussion document was released in April of this year to stimulate and solicit feedback from the general public.

8 Input from Energy Strategy interested stakeholders was solicited and a Objectives series of public meetings were conducted across the Island in May. This new Strategy To support this vision, the Province of Prince helps identify the role of the PEI Government Edward Island has developed clear, long-term in implementing Energy efficiency and con- and comprehensive objectives (5 and 10 years). servation measures, promoting renewable with specific Government Actions. Emphasis Energy and the use of biofuels, encouraging will be placed on developing a flexible policy new economic and development opportunities, framework that will provide the best options and raising public awareness and education.

9 For maximizing our Energy independence, This Strategy also outlines key actions for becoming environmentally sustainable and Government in creating a flexible Energy contributing to future economic development policy framework that is capable of adapting and opportunities. reacting to market and technological chang- es and protecting the environment. While the above reflects the role of government, each and Energy Se curity every Islander has a responsibility and role to play in becoming more sensitive to, and aware Greater Self Sufficiency of our Energy and environmental future here in Improved Price Stability Prince Edward Island . The ultimate success of Diversity of Supply this Strategy will be dependent on the actions of Islanders and our ability to make fundamental changes in our attitude, behavior and approach Envir onmental to the use of Energy resources.

10 Sustain ab ility Increased Energy Efficiency E n e rg y Strategy Vision and Reduced Consumption renewable Energy Development As an Island community, PEI has unique needs Reduced GHG Emissions and Other Polluants and challenges in the field of Energy . The Vision of this new Energy Strategy is to address the dangerous dependence on imported oil, which Economic threatens the future social, economic and envi- ronmental prosperity of the Island , its residents d evelopment and businesses. PEI's Leaders are committed Support Growth of Local Industries to pursuing a self-sustaining Energy system and New Job Opportunities based on achievements in Energy efficiency, Research, Development conservation and renewable Energy develop- & Demonstration of New Technologies ment. 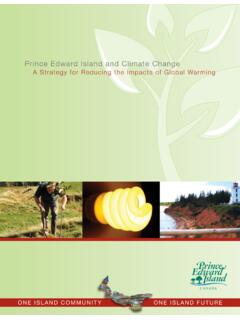 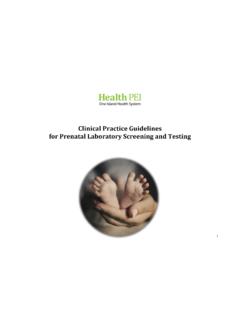 Guide to Workplace Health & Safety Programs Table of Contents Introduction 2 About this Guide 2 What is an OHS Program?

-5-A B C D A 250 mL sterile plastic bottle pre-treated with sodium thiosulfate, used for collection of treated or untreated drinking water samples for analysis for total coliform / … 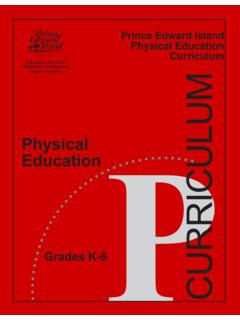 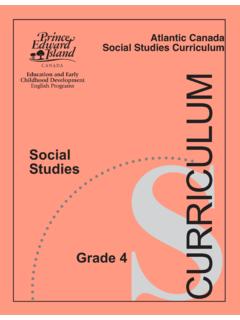 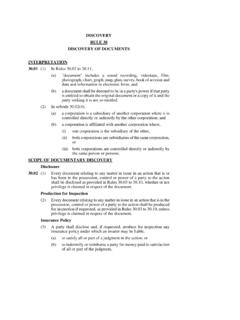 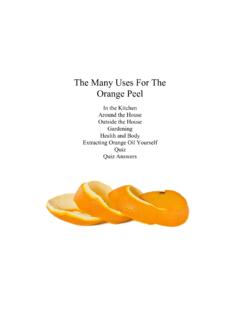 The Many Uses For The Orange Peel 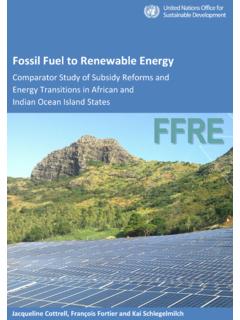 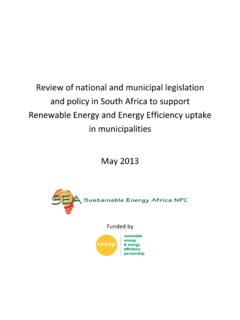 Review of national and municipal legislation and …

Energy in residual waste In 2009/10, the UK generated approximately 32 million tonnes of municipal (i.e. local authority collected) waste, of which 39% was 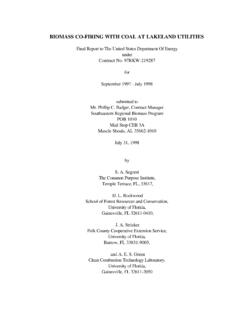 BIOMASS CO-FIRING WITH COAL AT LAKELAND …