Procedure for Obtaining Verification of a …

4 3. Field Testing This section is a placeholder for a future update to this document if field testing is included. If in the future field testing is included a corresponding field testing protocol (as a separate document) will be developed. 4. Testing Oversight A. Laboratory and Analytical Testing Laboratory testing will evaluate the MTD's treatment process, determine performance and assess expected lifespan. These tests shall be conducted by either an independent test facility or by the manufacturer. Laboratory testing conducted by the manufacturer must be performed under the direct supervision of an independent third party observer. Analytical testing is defined as the evaluation of total suspended solids in accordance with ASTM. D3977-97.

7 Not all items in the disclosure record shall be construed as conflicts of interest; disclosures of existing relationships are necessary to ensure transparency in the testing process. For example, a consultant, university, or independent test facility that has received fees for testing or evaluating MTDs from one or more manufacturers is not considered a conflict of interest. Another example is the receipt of a fee for conducting or overseeing testing from one or more manufacturers; this would also not be considered a conflict of interest because this type of consulting arrangement is common in the professional services industry. Examples of financial conflicts of interest can include, but are not limited to: having an ownership stake in the manufacturer.

10 The Procedure for MTD Verification 4. performance claims, Subsection 5C, G6-7 and H will be determined by NJCAT. Each Verification report shall conform to the following outline: A. Description of technology This section should describe how the MTD works, including its physical, chemical, and/or biological treatment functions. The description must include the main treatment processes in the MTD and any ancillary processes required for the unit to function in accordance with the performance claim of the MTD with respect to the pollutants of concern. The report should also indicate what other types of Best Management Practices (BMP) are appropriate for use in series with the MTD to provide enhanced removal rates. The suitability of the BMP for use in series shall be based on the BMP's treatment process. 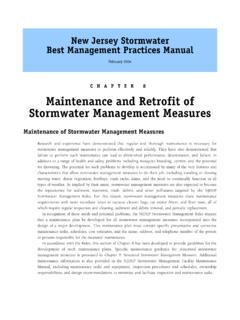 CHAPTER 8 Maintenance and Retrofit of … 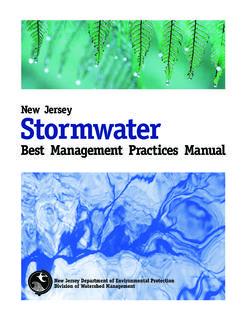 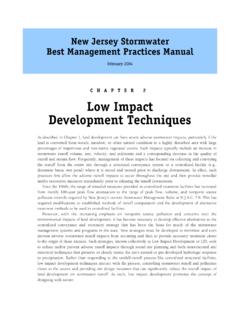 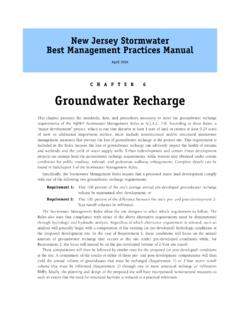 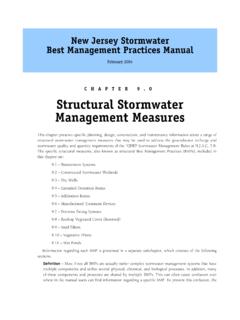 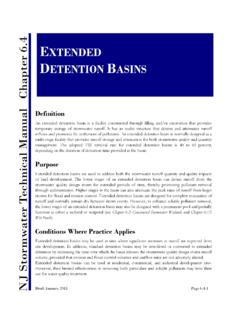 Draft January 2011 Page 6.4-4 in the event of an overflow. Extended detention basins that are classified as dams under the NJDEP Dam Safety Standards at N.J.A.C. 7:20 must also meet the overflow requirements of these Standards. 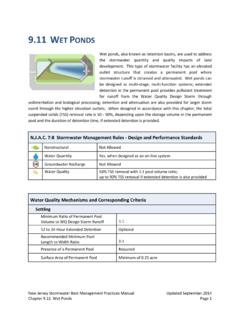