2 9. 9. CREDIT .. 10. 10. ELIGIBLE EXPENDITURE .. 10. 11. TREATMENT OF EXPENDITURE .. 11. 12. REBATE CALCULATION .. 13. 13. APPLICATION PROCESS .. 13. Claim Form (Application for Payment) Form D .. 14. 14. REBATE DISBURSEMENT .. 14. 15. INTERACTION OF THIS REBATE WITH OTHER SOURCES OF FUNDING .. 16. 16. CONTACT DETAILS FOR ENQUIRIES .. 16. Appendix A: Glossary of terms and definitions .. 17. Appendix B: Schedule for incentive PROGRAMME .. 21. Disclaimer: This GUIDELINES document provides the criteria to assess proposals from potential film and television projects and the process of applying for the incentive. The GUIDELINES are approved and issued by the Minister of Trade and Industry for the purpose of ensuring clarity on the aim and requirements of the incentives PROGRAMME .

3 The dti reserves the right to amend the GUIDELINES as it deems appropriate. 1. OVERVIEW. The South African Government recognises the potential of the film industry and has prioritised it as one of the sectors under its Industrial Policy Action Plan (IPAP). The growth of the industry has a tremendous impact on economic development in terms of employment and exports, while stimulating a host of supplier industries. The South African Government takes cognisance of the significant contribution that the film and television industry potentially has in stimulating the country's economic growth, job creation and its role in facilitating dialogue for national building.

4 This is attested in the past by production such as the award-winning A Million Colours and the internationally acclaimed Nelson Mandela Long Walk to Freedom. To support the growth of the sector, the Department of Trade and Industry (the dti) is offering incentives to increase local content generation and improve location competitiveness for foreign film productions. In addition to incentives, the dti is working with other role players on raising the profile of the sector in general and a number of strategic co-production treaties are set to improve distribution locally and internationally. I hereby extend an invitation to industry players to make use of this facility and to support the South African Government in realising its goals of growth, employment and equity.

5 Dr Rob Davies, MP. Minister of Trade and Industry 2. PREAMBLE. The purpose of this document is to provide GUIDELINES for the South African Film and Television Production and Co-production Incentive. The GUIDELINES are intended to enable enterprises to present their applications to the dti and provide a framework for the dti to evaluate such applications. Approval will only be considered for those projects that meet the strategic objectives of South African Film and Television Production and Co-production Incentive as interpreted by these GUIDELINES and remains in the sole discretion of the dti. To qualify for the incentive, applicants have to receive approval from the dti and any such decision will be final.

6 The GUIDELINES for the South African Film and Television Production and Co-production Incentive may be amended as deemed necessary by the dti. These amendments will be published on the dti website and will be of immediate effect upon publication. Where the GUIDELINES lend themselves to varying interpretations or do not deal with specific subject matter, the interpretation of the dti must be requested and such interpretation will be decisive and final. A new version of the GUIDELINES may, from time to time, be published on the dti website. Approval of applications will be subject to compliance with the incentive GUIDELINES , the relevant provisions of the Public Finance Management Act (PFMA) and, more specifically, the availability of funds.

8 Million and above . The objective of the South African Film and Television Production Incentive is to support the local film industry and contribute towards employment opportunities in South Africa. The South African Film and Television Production Incentive provide financial assistance to local productions in the form of a rebate of up to 35% of the Qualifying South African Production Expenditure (QSAPE). No cap will apply for this rebate. The incentive is effective from 1 September 2014 (subject to paragraph ) and will be administered for a period of three years up to 2017. 1. There is a separate PROGRAMME Guideline document for the Foreign Film and TV Production Rebate, targeted at attracting larger-budget international productions as well as Emerging Black Filmmakers for productions with a total budget below million 4.

9 ELIGIBILITY CRITERIA. Commencement Principal photography should not commence until an approval letter has been received from the dti. Applications submitted without relevant supporting documents will not be considered. Registered legal entity/special purpose vehicle An applicant must be a Special Purpose Corporate Vehicle (SPCV) incorporated in the Republic of South Africa solely for the purpose of the production of the film or television project. The SPCV and parent company(ies) must have a majority of South African shareholders, of whom at least one must play an active role in the production and be credited in that role. An applicant must be the entity responsible for all activities involved in the making of the production in South Africa and must have access to full financial information for the entire production. 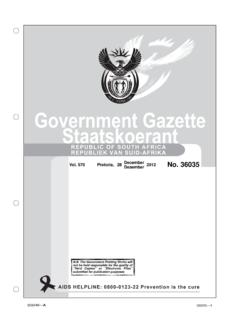 Issued in terms of Section 9(1) of the B-BBEE Act 53, 2003 (DEPARTMENTOFTRADEANDINDUSTRY) CODES OF GOOD PRACTICE ON BROAD-BASED BLACK ECONOMIC EMPOWERMENT 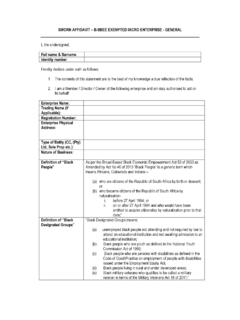 SWORN AFFIDAVIT – B-BBEE EXEMPTED MICRO ENTERPRISE - GENERAL I, the undersigned, Full name & Surname Identity number Hereby declare under oath as follows: 1. The contents of this statement are to the best of my knowledge a … 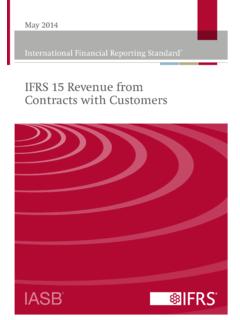 IFRS 15 Revenue from Contracts with Customers

IFRS 15 Revenue from Contracts with Customers is published by the International Accounting Standards Board (IASB). Disclaimer: the IASB, the IFRS Foundation, the authors and the publishers do not accept 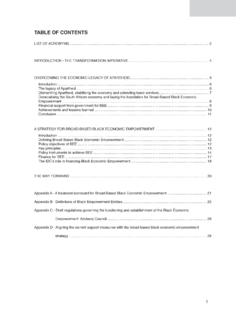 TABLE OF CONTENTS - Department of Trade and … 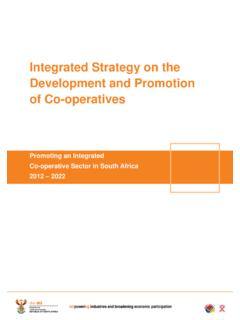 Integrated Strategy on the Development and … 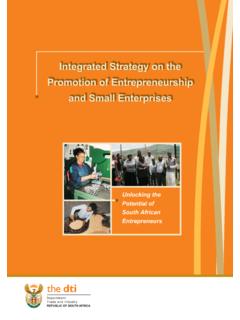 integrated Strategy On The Promotion Of

3 Since 1994 the South African government has recognised its important role in fostering an enabling environment for the creation and growth of small enterprises. 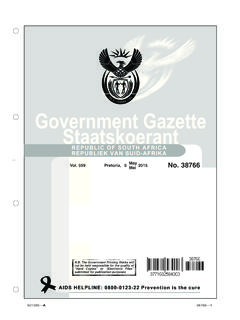 Who needs to comply / participate Public Sector Procurement • Anyone who supplies government or the State-owned Enterprises (Eskom, Transnet etc.) or …