Promoting people’s right to choice and control under the ...

Promoting people's right to choice and control under the Care Act 2014. How are local authorities performing? Directed by the Independent Living Strategy Group, published by In control It is our choices, Harry, that show what October 2015. we truly are, far more than our abilities.. Rowling, Harry Potter and the Chamber of Secrets Page 1. 1. Introduction & Summary choice , control and wellbeing Central to the Care Act Many local authorities state they This report brings together a range are already fully committed to the of evidence, including a new survey 2014 is the principle principles of choice and control . of social care recipients and fresh of wellbeing. At the analysis of local authority guidance on They have worked hard in extremely heart of the principle of the Care Act, to provide an account trying financial circumstances not wellbeing is control by of local authority's performance in only to avoid undermining choice relation to choice and control .

1 Promoting people's right to choice and control under the Care Act 2014. How are local authorities performing? Directed by the Independent Living Strategy Group, published by In control It is our choices, Harry, that show what October 2015. we truly are, far more than our abilities.. Rowling, Harry Potter and the Chamber of Secrets Page 1. 1. Introduction & Summary choice , control and wellbeing Central to the Care Act Many local authorities state they This report brings together a range are already fully committed to the of evidence, including a new survey 2014 is the principle principles of choice and control . of social care recipients and fresh of wellbeing. At the analysis of local authority guidance on They have worked hard in extremely heart of the principle of the Care Act, to provide an account trying financial circumstances not wellbeing is control by of local authority's performance in only to avoid undermining choice relation to choice and control .

2 The individual over day- and control but to expand further the to-day life, including over scope for eligible individuals requiring It also looks specifically at the care and support to exercise choice experiences of those individuals care and support and and control . However, as the statutory transitioning from the Independent the way it is provided.'1 guidance accompanying the Act Living Fund to local authority funded acknowledges, local authorities can support, exploring whether there has This is because choice and control and sometimes do continue to exact been any reduction in the support is fundamental to the core purpose a considerable degree of control over that they receive or fresh restrictions of adult care and support which the people's day-to-day Department imposed on choice and control . Care Act guidance sees as being to for Health (2015) Care Act 2014 Statutory Guidance help people to achieve the outcomes To assist local authorities to that matter to them in their life.

3 ' 2 Some do so by failing to promote meet their obligations and choice and control or by denying to support those seeking or This principle is consistent with people access to information receiving care and support to the principles and requirements regarding their rights, entitlements understand and secure their of international law to which or options. Others sometimes rights we have also produced the UK is party, in particular the actively restrict people's ability a checklist. This is included obligations arising out of the to exercise choice and control , in the annex and can also be United Nations Convention on the employing arbitrary spending limits on downloaded and/or completed Rights of Persons with Disabilities particular care and support options, online at (2006).Ref: See: placing undue restrictions on how money can be spent or by imposing burdensome monitoring to restrict choice and impede flexibility.

4 The statutory guidance on the Care Act 2015 is clear: such practices are wholly at odds with both the spirit and letter of the Care Act 2014. 1. Care Act 2014, S1 (2) (d) Promoting individual well-being 2. Care Act 2014 statutory guidance Section Page 2. Our findings Our survey of social care they had had their personal support Whereas the guidance describes recipients found that: plan declined. 14% reported they personal budgets as a mechanism had been limited to choosing for choice and control , the - Despite the emphasis on from a shortlist of providers. guidance we reviewed typically wellbeing and choice and control 11% said they had been limited describes personal budgets only in the Care Act 2014, almost to using a pre-payment card. as the sum of money allocated to half (45%) of respondents to meet care and support needs. our survey said that their quality - Of those survey respondents who of life had reduced and almost are transitioning from Independent - Some local authorities infer that a third (30%) said that they had Living Fund to local authority if a person opts for their personal experienced a reduction of choice support, 14% reported they budget to be managed by the and control over the past year.

5 Had been told that they should local authority that they should expect less support in future, anticipate having less control over - Half said their need for support while the majority (56%) said how it is spent than if they choose had increased and yet only 22%. they had not been told whether a direct payment. Some say, in had experienced a corresponding their support would increase, effect, that the person will need to increase in paid support over decrease or stay the same. accept what the council chooses the past year. Most additional to provide. This does not meet support came from family and Our analysis of local the requirements of the Care Act friends. Where people did authority guidance on the statutory guidance which says receive additional support it Care Act found that: that the option chosen should was most likely to come from - Local authorities are generally have no bearing on the ability of family and friends if available.

6 Not yet meeting their duties to individuals to direct their support. - Of the 57% of respondents who ensure the provision of clear, Looking beyond local authority had their care package reassessed accessible, accurate and locally care and support: in the previous 12 months, 17% tailored information regarding said that they had been told that care and support. This means - In relation to NHS Continuing there was a financial cap placed that those seeking or receiving Care, some Clinical on certain types of expenditure. care and support lack access to Commissioning Groups have information regarding their rights adopted explicit policies which - 29% of respondents reported and entitlements, sufficient to place financial limits on the amount restrictions being placed on exercise choice and control . that will be spent to support their use of direct payments an individual to live in their own or personal budgets.

7 33% - Some local authorities have home as opposed to residential didn't know whether they were produced quick guides' explaining or nursing This is likely subject to any restrictions. the key features of the Care Act. to have a particular impact on These rarely emphasize choice - Of those reporting that their use people who would previously and control and the universal of direct payments or personal have accessed support from entitlement to a personal budget. budgets had been subject to the Independent Living Fund. restrictions, stipulations regarding - Local authorities are not defining the tasks of personal assistants/ personal budgets in a way that carers were most commonly corresponds with their definition in reported (48%). 18% said that the Care Act statutory guidance. 3. For example Mid Essex and Enfield CCG's have both adopted such policies Page 3.

8 2. The current context for choice and control This section provides an overview of the legal, economic and political context for choice and control in care and support. The Care Act 2014 The Act further elaborates the The Care Act 2014. principle of control by emphasizing The Act and statutory guidance The Care Act 2014 embodies the importance of beginning with the place particular emphasis on the principles and promotes practices assumption that the individual is best provision of information and advice: regarding choice and control that placed to judge their own outcomes, have evolved over the past 40 years, goals and wellbeing and of ensuring - Information and advice is driven by the disabled person's that the individual's own opinions are fundamental to enabling people, independent living movement paramount in decisions regarding their carers and families to take control in the UK and internationally care and support.

9 Ref Care Act 2014 s1 (3) of, and make well-informed choices and by the wider trend towards Whereas community care law about, their care and support and personalised public services. previously placed local authorities under how they fund it. Not only does obligations to provide services', the information and advice help to The United Nations Convention on promote people's wellbeing by obligation contained in the Care Act the Rights of Persons with Disabilities increasing their ability to exercise 2014 is to meet needs' sufficient to (CRPD), to which the UK is a Party, choice and control , it is also a ensure a person's wellbeing. This marks requires States to respect the individual vital component of preventing a critically important shift in emphasis autonomy of disabled persons, including or delaying people's need for from a one-size-fits-all approach the freedom to makes one's own care and support.

10 (Para ). towards flexible, person-centred care choices. Article 19 of the Convention and the ability to self-direct support. living independently and being The Care Act places obligations on local ref Care Act 2014 s8. included in the community - stipulates authorities to establish and maintain To facilitate this, the Act requires that this principle in the context of people's a service to ensure the provision of local authorities work in partnership with living arrangements and requires that accessible, accurate, comprehensive, eligible individuals to plan their care and States ensure that disabled persons bespoke (and where appropriate, support, ref Care Act 2014 s24. have a right to choice and control impartial) information and advice. to provide everyone with a personal over where and with whom they live budget and to offer individuals a on an equal basis with others and that range of options regarding how they should not be obliged to live in a their care and support is secured, particular living arrangement. 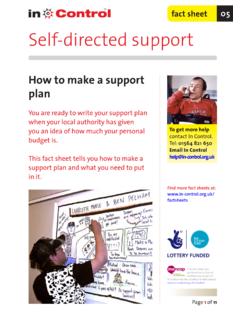 How to make a support plan - In Control 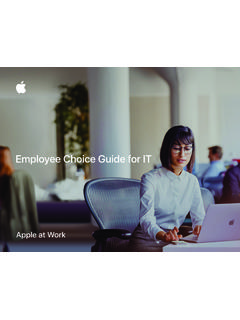 Employee Choice Guide for IT - apple.com 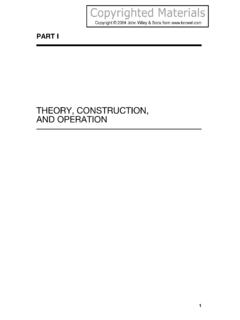 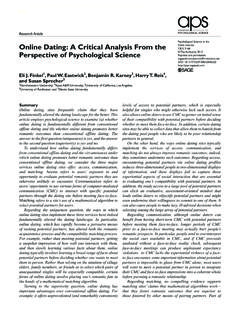