Proposed Forex Risk Management PolicyForIndia Glycols Limited Table of ContentsRATIONALE FOR THIS FACED BY Translation Transaction TYPES OF Forex RISK ..4 ORGANIZATIONAL of and objective of for Hedging Instruments permitted as per IGL s Risk Management to a of Local Foreign Currency amount for hedges without procedure for a hedging Tree for a Hedging MAPPING ..14 Actual & Booked & Booked HEDGING INSTRUMENTS ..20 DECISION TREE FOR A HEDGING Risk Management PolicyRATIONALE FOR THIS DOCUMENTI ndia Glycols Ltd. (IGL) having exposures on account of exports, imports, income and expenditure in one or more foreign currencies is affected by currency movements, interest rate movements etc.

1 Proposed Forex Risk Management PolicyForIndia Glycols Limited Table of ContentsRATIONALE FOR THIS FACED BY Translation Transaction TYPES OF Forex RISK ..4 ORGANIZATIONAL of and objective of for Hedging Instruments permitted as per IGL s Risk Management to a of Local Foreign Currency amount for hedges without procedure for a hedging Tree for a Hedging MAPPING ..14 Actual & Booked & Booked HEDGING INSTRUMENTS ..20 DECISION TREE FOR A HEDGING Risk Management PolicyRATIONALE FOR THIS DOCUMENTI ndia Glycols Ltd. (IGL) having exposures on account of exports, imports, income and expenditure in one or more foreign currencies is affected by currency movements, interest rate movements etc.

2 This often implies a degree of uncertainty in terms of the effect on financial results and the company s ability to execute transactions on future dates with similar profit levels as envisaged at the onset. The purpose of this document is to Outline the risk Management practices in the market and the basis on which company should protect itself against unfavorable foreign currency and interest rate movements. To define the roles and responsibilities within the company with respect to its Corporate Hedging Risk Management Policy - 1 - To prescribe general guidelines for day to day operations and to help understand the various aspects of a treasury on the basis of hypothetical FACED BY IGL The functional currency of Indian corporate is the Indian Rupee (INR).

3 The combination of the foreign currency and the functional currency is named a currency pair , for instance, USD/INR. There are two types of currency exposures: ExposureThis exposure represents long-term investments of the company in foreign entities , the equity held at these entities, but it can also include other methods of financing which have an equity-like character. The economic effects of an exchange rate change relate to the net investment in that entity. Translation adjustments that arise from consolidating that foreign entity do not impact cash flows and are not included in the net income, but are disclosed and accumulated in a separate component of the consolidated equity (that is, until sales or liquidation of the net investment in such foreign entity takes place).

4 Sometimes the financial markets refer to translation effects on income statement positions, such as the foreign currency impact on sales. In order to distinguish between the translation exposure, as defined above in this Policy , and the impact on the income statement, we shall refer to the effects on the income statement as conversion effect . ExposureA foreign currency transaction is one that is denominated or requires settlement in a different currency than INR. The economic effects of an exchange rate change will impact the cash flow directly and are, therefore, included in the net income. The cash flows of each foreign currency over a period of time ( 12 months) are described as the currency exposure of the company for that period of time.

5 There are four types of transaction exposures: Booked exposureForex Risk Management PolicyIndia Glycols Ltd. (IGL) has equity holding in ABC Ltd., New York worth USD 10 Mio. As on at the rate of , the investment would be worth the Rupee were to appreciate to , then the value of the investment in IGL s balance sheet would become crs, a fall of crs in the value of the would represent Translation 2 - Any outstanding (or not yet settled) foreign currency transaction is defined as a foreign currency exposure in the book of the reporting entity ( an outstanding US-Dollar account receivable in Indian Entities books).

6 The difference between the exchange rate used when recording this foreign currency transaction and the exchange rate used to re-value it in the balance sheet represents the gain or loss of the foreign currency transaction. Economic ExposureAs business becomes increasingly global, exchange rate changes (volatility) become more important, even for a purely domestic firm operating in a global market. Firms have to pay more attention to exchange rate risk, and devise hedging strategies to manage and control currency risk. Even a purely domestic firm, using only domestic parts (no imports), selling only in the domestic market (no exports), all payables and receivables in local currency, is bound to be affected by changes in exchange rates.

7 Local Foreign Currency Exposure This represents the liquidity or cash holdings (net of overdraft) held in a currency other than INR. This would typically mean foreign currency accounts being maintained in banks within India . As in the case for the booked exposure , the movement in the exchange rate of cash holdings and equivalents held in a foreign currency will represent a gain or loss of the foreign currency asset and to that extent would also affect the liquidity position of the company. Forex Risk Management PolicyIGL has receivables on account of exports worth USD 50 Mio which @ as on translates change of rate to would change the receivables crs, a negative cash flow of would represent a Booked has an EEFC (Exchange Earner s Foreign Currency) Account with State Bank of India , Ludhiana.

8 The balance of the account is USD Mio, which as at is valued at crs (@ ).A change in the rate to would result in a loss of crs in the value of the amount held in the represents Local Foreign Currency exports towels to USA. There is a competitor from China who is also exporting the same product to USA. Even if the rupee-dollar levels remain unchanged, and the Yuan depreciates against the dollar, the company in China would be in a position to offer the same product at more competitive rates to the buyer in the US, thus putting IGL at a represents Economic 3 - Anticipated or Expected ExposureThe anticipated or expected currency exposure represents highly probable future foreign currency settlements of the Indian Entities which are not yet reflected in the book and, therefore, do not generate any exchange gains or losses in the financial statements.

9 However, we can anticipate them and their direct impact on the profitability in case of a movement in the exchange rates. VARIOUS TYPES OF Forex RISK Risk has two components, exposure and uncertainty. This uncertainty would be on account of unpredictability of future events. Based on the exposures faced by IGL, the various risks facing it are:Exchange Rate RiskThe risk arising on account of movement in the exchange rates of all relevant currencies where the company has exposure in terms of Foreign currency denominated cash flows; and/or Foreign currency denominated assets/liabilitiesAnalyzing the financial impact arising from potential positive or negative exchange rate movements on the currency exposure can help assess this risk.

10 The outcome of this analysis can then determine which foreign currencies should be tracked and monitored on an ongoing financial impact due to potential changes of exchange rates has to be quantified for each foreign currency exposure separately. The risk has to be quantified based on the shift of the spot exchange rates at the time of the analysis according to the volatility of the currency evaluation shall be done based on the total booked and anticipated transaction exposures (no netting of outstanding hedge deals) for the next 12 months (rolling).Interest rate riskForex Risk Management PolicyIn the case of IGL, if money must be converted into a different currency to make a certain investment, changes in the value of the currency relative to the American dollar will affect the total loss or gain on the investment when the money is converted back. 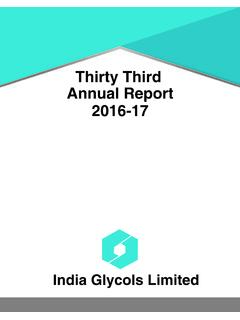 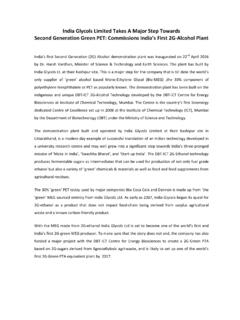 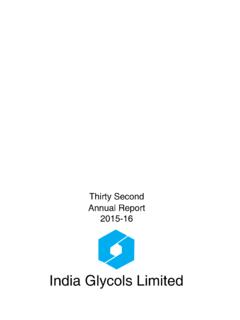 2 | 32nd Annual Report 2015-16 India Glycols Limited Notice the Members of the Company be and is hereby accorded for the re-appointment of Shri U.S. Bhartia 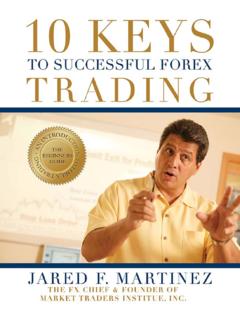 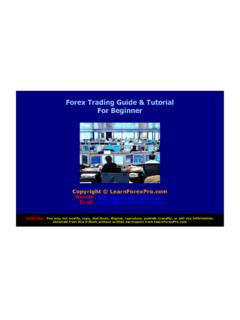 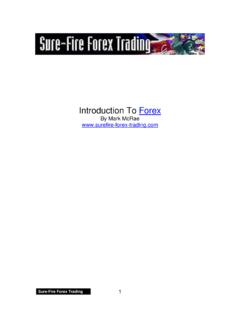