PUBLIC PROCUREMENT IN GHANA: THE …

4 The programme also identified that there was no independent appeals process to address complaints from tenderers. These findings led Ameyaw, C., Mensah, S. and Osei-Tutu, E. (2012). PUBLIC PROCUREMENT in ghana : The 55. implementation challenges to the PUBLIC PROCUREMENT Law 2003 (Act 663). International Journal of Construction Supply Chain Management Vol. 2, No. 2 (pp. 55-65) DOI INTERNATIONAL JOURNAL OF CONSTRUCTION SUPPLY CHAIN MANAGEMENT Volume 2 Number 2 2012. to the establishment of the PUBLIC PROCUREMENT Oversight Group in 1999. The aim of this group was to steer the design of a comprehensive PUBLIC PROCUREMENT reform programme which led to the drafting of a PUBLIC PROCUREMENT bill in September 2002 that was passed into law on 31 December 2003.

5 This paper outlines the events leading to the PUBLIC PROCUREMENT reforms in ghana and discusses challenges that confront the smooth implementation of the law. Some pragmatic ways, which if adopted, could improve the effectiveness of the law and reduce the operational challenges are suggested. Substantial evidence in literature suggests that PROCUREMENT problems relating to ghana are similar to the situations in many African and some Asian countries (Aniekwu & Okpala, 1988; Kumaraswamy, 1994; Rwelamila, Talukhaba & Ngowi, 1999). The challenges observed and the remedial steps suggested are therefore of wider importance to many developing economies. A number of authors have investigated the factors that militate against PROCUREMENT reforms around the globe (Thai, 2004; Wittig & Jeng, 2004; NPPA Annual Report, 2005).

6 However, these previous studies have not reported on obstacles to the PROCUREMENT reforms in ghana . There is therefore the need to undertake a rigorous analysis of factors that have prevented the law in ghana from achieving the purpose for which it was enacted. The object of this paper is to identify the specific challenges, in the case of ghana , that militate against the smooth implementation of the PUBLIC PROCUREMENT Law and to proffer some solutions to address the issues that confront the successful implementation of the law. Further this study aims at promoting discussion and reflection on steps needed to promote PROCUREMENT reforms. LITERATURE REVIEW. The challenges to the institutionalisation of national laws are pervasive in developing countries, ghana not being an exception.

7 The National PUBLIC PROCUREMENT Authority of Sierra Leone in its 2005 report outlined several challenges bedevilling the operations of the Authority. Some of them include: inadequate funding, deficient staff strength and organisational and logistical limitations. The report recommended among other things, that the law could achieve its objective if there is a concerted effort by all stakeholders, backed by very firm political will and adequate budgetary support, to streamline and improve PUBLIC PROCUREMENT procedures in Sierra Leone (NPPA Annual Report, 2005). Annual reports of the PUBLIC PROCUREMENT Authority (PPA), since its establishment, have always cited inadequate funding as the leading barrier to smooth operations of the Authority. Lack of adequate office accommodation was specifically reported in the 2008 and 2007 annual reports (PPA Annual Report, 2007 & 2008).

8 Political will is the demonstrated credible intent of political actors (elected or appointed leaders, civil society watchdogs, stakeholder groups etc.) to attack perceived causes or effects of corruption at a systemic level (Sahr, 1998). Historically, successful reform programmes around the globe indicate that the paramount success factor is strong political will demonstrated by a commitment from leadership at all levels of government (Sahr, 1998). However, those who wield power lack the moral courage or capacity to exercise that power to ensure the needed change. Kosack (2008) argued strongly that success chalked in several countries around the world in areas of access to basic education was due to political will of Ameyaw, C., Mensah, S. and Osei-Tutu, E.

9 (2012). PUBLIC PROCUREMENT in ghana : The 56. implementation challenges to the PUBLIC PROCUREMENT Law 2003 (Act 663). International Journal of Construction Supply Chain Management Vol. 2, No. 2 (pp. 55-65) DOI INTERNATIONAL JOURNAL OF CONSTRUCTION SUPPLY CHAIN MANAGEMENT Volume 2 Number 2 2012. the leaders in those countries and their commitment to increasing access to education. Thus new rules and campaign gimmicks adopted by politicians alone are not enough for PROCUREMENT reforms (Philip, 2002). The principal challenge in assessing political will is the need to distinguish between reform approaches that are intentionally superficial and designed only to bolster the image of political leaders and substantive efforts that are based on strategies to create change (Sahr, 1998).

10 Political commitment is a necessary condition for PROCUREMENT reforms to curb corruption. Without political will and commitment by the leadership of a country, grand corruption is perpetuated at an alarming rate with petty corruption becoming endemic and more difficult to stop (Philip, 2002). There are tangible indications of political will by some stakeholders at the lower levels to effect change, but this cannot be achieved if those at the apex of the pyramid, lean back (Szeftel, 1998). Thus the battle against corruption should begin with a strong political will and explicit commitment to eradicate all its manifestations (Osei-Tutu, Badu & Owusu-Manu, 2009). Reform efforts are oftentimes unsuccessful due to the combined influence of inadequate strategies, political resistance, failure to sustain long-term reform efforts and the lack of knowledge about appropriate tools to establish systemic change (World Bank, 1994). 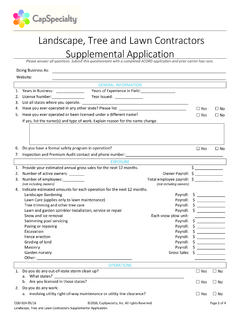 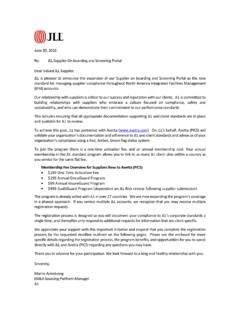 FREQUENTLY ASKED QUESTIONS Why is JLL moving to this online prequalification and compliance platform? The business landscape demands it. Clients expect this rigorous level of …

STATE OF FLORIDA DEPARTMENT OF BUSINESS AND … 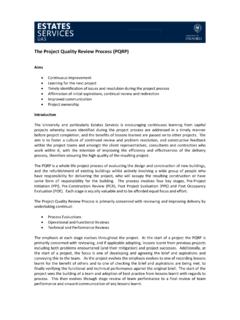 Architects / Engineers Application NEW APPLICANT RENEWAL CLIENT This application is for professional liability insurance that is provided on a claims made basis.