2 However, a significant body of case law has evolved to determine how these criteria are applied to selection inventions. Most importantly to this topic, the recent Supreme Court decision in KSR Int'l Co. v. Teleflex Inc., 550 398 (2007) ( KSR ). changed the required analysis for determining obviousness and made it more difficult to patent selection inventions (and other types of inventions) even where the prior art does not explicitly teach the advantageous properties of the claimed selection. Because of the recent nature of the KSR decision, guidance from the Federal Courts on precisely how KSR affects patentability of selection inventions is limited as of this date.

3 Novelty and non-obviousness are considered in the context of the degree of predictability of the subject matter area being claimed. Thus, in general, it is more difficult to obtain a patent to a selection invention in a predictable art area ( , mechanics, electronics) than in an un-predictable art area ( , chemistry, biotechnology). Unlike many other jurisdictions, the law does not require evidence of advantageous properties of a selection invention to be presented in the application as filed. Rather, such evidence is permitted to be submitted in the form of a declaration after the application is filed.

4 The evidence may be, for example, test data prepared after the date of filing the application, comparing the claimed selection or species to a genus or distinct species identified in the prior art by the USPTO examiner. In the infringement context, infringement is determined based upon the language of the claims without a per se limitation to any advantageous property relied upon to distinguish the prior art. Of course, if the advantageous property or, for example, a new use of a known compound is recited directly in the claim, then such property or use is a limitation for purposes of determining infringement.

5 Further, any arguments made or evidence presented to distinguish the prior art may be relevant to claim construction (determining the proper meaning and scope of the claim) and to analysis of infringement under the Doctrine of Equivalents. QUESTIONS: GENERAL. Groups are asked to give a summary of the legal position as regards a patent for a purported selection invention in their jurisdiction in relation to the following: Q1. Legal developments on selection inventions Question What specific types of inventions are recognized under the concept of selection invention and are patentable in your jurisdiction?

6 Response Answering directly, any selection invention claimed in an application meeting the requirements for patentability under law is patentable. statutory law does not refer expressly to selection inventions, but rather provides that any new and useful process, machine, manufacture, or composition of matter, or any new and useful improvement thereof, may be patented, subject to additional requirements . 35 USC 101. Thus, any selection invention defining a useful process, machine, manufacture, or composition of matter may be patentable in the United States if it meets the other substantive requirements : novelty (lack of anticipation), non-obviousness, written description, enablement, and best mode.

7 35 USC 102, 103, 112. Novelty, non-obviousness, and sufficiency of description under law are addressed in responses to other questions. Recent legal developments in the United States impact the patentability of selection inventions. The Supreme Court case KSR Int'l Co. v. Teleflex Inc., 550 398. (2007), unquestionably made it more difficult to establish the non-obviousness of any invention, including selection inventions. While KSR dealt with a mechanical invention, it reset the standard for obviousness determinations for all inventions.

8 Under KSR, an examiner or a court may go beyond the express teachings of references to consider the background knowledge possessed by a person having ordinary skill in the art . and the inferences and creative steps a person of ordinary skill in the art would employ in determining if the selection would have been obvious. Id. at 1740-41. Thus, KSR relaxed a former strict requirement for proof relating to inferences. KSR also States that the success of one of a finite number of identified, predictable solutions, .. is likely the product not of innovation but of ordinary skill and common sense.

9 And if so, is not patentable. Id. at 1742. The foregoing passage limits the probative value of the number of elements in a genus in determining obviousness of selected species. KSR also allows a claim to be held obvious based upon an obvious to try standard, stating that the lower court conclude[d], in error, that a patent claim cannot be proved obvious merely by showing that the combination of elements was obvious to try.' Id. This statement in KSR was not specific to the mechanical invention at issue. In fact, the Board of Patent Appeals and Interferences ( the Board ) of the Patent and Trademark Office ( USPTO ). 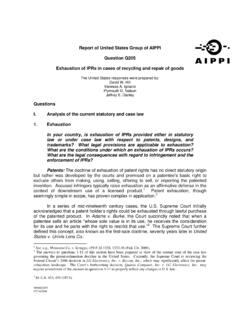 99988/2455 07/14/2008 Report of United States Group of AIPPI Question Q205 Exhaustion of IPRs in cases of recycling and repair of goods The United States responses were prepared by: 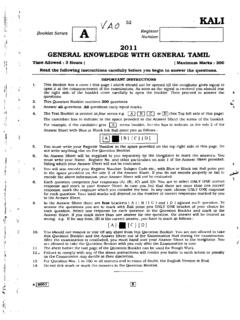 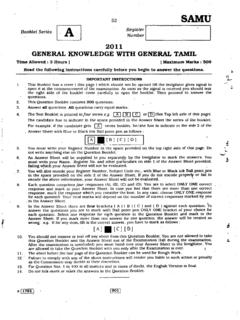 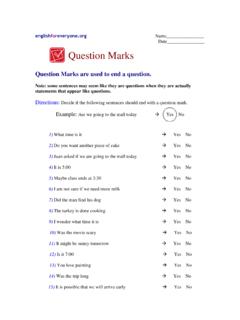 Question marks - English for Everyone 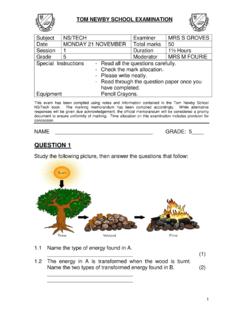 Equipment - - - - Read all the questions carefully. Check the mark allocation. Please write neatly. Read through the question paper once you have completed.

UNDP’s Social and Environmental Standards (SES) were approved by UNDP’s Organizational Performance Group in June 2014 and are effective starting January 1, 2015.