2. Race, class , gender , and Sexual Orientation in Adult Literacy: Power, Pedagogy, and Programs Deborah D'Amico In an address to members of the national organization of adult learners, Voice for Adult Literacy United for Education (VALUE), Dr. Thomas G. Sticht stated a truism: The Adult Education and Literacy System serves the powerless. Although estimates of the number of adults with low liter- acy in the United States vary, no one denies that these adults are primarily the working poor and public assistance recipients, and they are dispropor- tionately represented by people of color and immigrants. Moreover, the majority of adults enrolled in literacy programs are women. Thus, adult basic education (ABE) serves primarily those individuals likely to have had restricted access to opportunity and power, not only because of their socioeconomic class but also because of the dynamics of racism and sex- ism in our society.

1 2. Race, class , gender , and Sexual Orientation in Adult Literacy: Power, Pedagogy, and Programs Deborah D'Amico In an address to members of the national organization of adult learners, Voice for Adult Literacy United for Education (VALUE), Dr. Thomas G. Sticht stated a truism: The Adult Education and Literacy System serves the powerless. Although estimates of the number of adults with low liter- acy in the United States vary, no one denies that these adults are primarily the working poor and public assistance recipients, and they are dispropor- tionately represented by people of color and immigrants. Moreover, the majority of adults enrolled in literacy programs are women. Thus, adult basic education (ABE) serves primarily those individuals likely to have had restricted access to opportunity and power, not only because of their socioeconomic class but also because of the dynamics of racism and sex- ism in our society.

2 Although no gures are available on the Sexual ori- entation of literacy learners, Kerka (2001) reported that gay, lesbian, bisexual, and transgender students also present issues that should be of concern to adult educators. 17. 18 D 'A M I C O. The socially constructed categories of race, gender , class , and Sexual Orientation not only locate individuals and groups within global, national, and local social structures, they also establish social identities that shape people's experiences and cultures. The prevalence of poor people, people of color, immigrants, and women in ABE programs, along with growing concern about issues of Sexual Orientation , situate the work of the eld within interlocking systems of power and oppression (Tisdell, cited in Imel, 1995, p. 1). Social inequality described and experienced along lines of race, gender , and class helps to determine who needs literacy instruc- tion, who gets it, how these learners experience it, and what impact it has on their lives.

3 Moreover, both individuals and policymakers in society expect literacy to remedy the e ects of and ultimately reduce social in- equality. At the same time, educators may be mandated to teach in ways that reinforce, rather than transform, di erences of class , race, gender , and Sexual Orientation that a ect the life chances of learners. This social context of ABE along with the identities and social loca- tions of its teachers and learners, the political economy of funding for its programs, and the di erential rewards its learners reap from educational achievement raises concerns for adult educators regarding pedagogy, curriculum, and policy. In this chapter I identify these dimensions of ABE, beginning with the demography of low-literate adults in the United States and in ABE programs and what this demography reveals about the inter- section of ABE with gender , race, class , and Sexual Orientation .

4 The history of ABE and its association with struggles against inequality are reviewed as a backdrop for the discussion of how and whether ABE programs and classrooms provide literacy instruction that challenges or reinforces inequalities of race, class , gender , and Sexual Orientation . Examples of pedagogical approaches that question these pervasive forms of inequality are provided. The chapter concludes with recommendations for research, policy, practice, and advocacy at classroom, program, and policy THE DYNAMICS OF DEMOGRAPHY. IN ABE. The dynamics of racism, class inequality, sexism, and homophobia in u- ence the lives of everyone in the United States, including their access to 1 Thisreview is intended as an overview of race, gender , class , and Sexual Orientation in ABE, not as an exhaustive exploration of each of these complex issues.

5 Clearly, each kind of inequality merits more study and could be the subject of an article or book on its own. 2. P O W E R , P E DAG O G Y, A N D P R O G R A M S 19. literacy. As Fine (1997) pointed out, educational research and popular dis- course on inequality read as if racism a ected only those in minority groups and sexism a ected only women. She pointed out that the racism experienced by people of color in schools could not exist without the simultaneous privileging and advantaging of Whites and Whiteness by the same educational institutions. Although indicators of class , race, and gender are separated out in the discussion that follows, readers should keep in mind that these factors act in concert in their e ects on our institutions and our lives, as described in the section that follows on education, employment, and inequality.

6 Race, class , and gender clearly a ect the power of individuals to successfully negotiate educational institutions and to reap the rewards for having done so. This is re ected in the relative poverty and predominance of people of color among those with low literacy. gender presents a more complex pic- ture; in K 12 and at the community college and college levels, women appear to do better than men, although sexism is apparent in the predomi- nance of men at graduate levels, not only in such traditionally male elds as engineering, math, and science, but also in traditionally female elds such as adult education,2 including ABE. Finally, socioeconomic circum- stances remain strong predictors of educational success across race and gender , and educational achievement is a strong predictor of employment success.

7 The latter ensures that individuals with low literacy are more likely to be poor; in an economy moving away from industry and toward information, this is increasingly likely to be so. The connections between Sexual Orientation (being gay, lesbian, bisexual, or transgender) and liter- acy, and between Sexual Orientation and education and employment, are not as well studied. We do not have data on the Sexual Orientation of those participating in literacy programs. For these reasons, Sexual Orientation is not as prominent in the discussion that follows. class Sticht (2002) noted that some 4,000 organizations operate programs funded by the Adult Education and Family Literacy Act (Title II of the Perhaps this introductory review will spark the kind of research and writing that would inform such work.)

9 Retrieved from ces/. #char 1998 Workforce Investment Act) and that these programs (formerly funded through the Adult Education Act of 1966) served about 31 million learners from 1992 to Of these students, Sticht told us, million were the working poor, million received welfare, million were unemployed, and million were incarcerated. More than two thirds of 15 million enrollees between 1992 and 1996 did not complete 12 years of education or receive a high school diploma, and million were immi- grants (Sticht, 2002). Although these categories cannot encompass all of the features of class , they are reasonably approximate indicators of its strongest marker, socioeconomic status. Table , which shows gures from the Department of Education, O ce of Vocational and Adult Education (OVAE), indicates characteris- tics related to the class of individuals served by ABE between 1995 and 1998.

10 Individuals in severely economically disadvantaged categories ac- counted for more than one half to nearly two thirds of learners served over these program years. In terms of overall national literacy needs, data from the 1992 National Adult Literacy Survey (NALS) indicate a close relationship between low literacy and dependence on public assistance. Dependence on public assis- tance indicates poverty, di culty in obtaining and sustaining employment, and/or wages so low that assistance in the form of monetary aid or foods stamps is required. Although NALS data were collected prior to the initia- tion of welfare reform, the economic prosperity of the late 1990s, and the consequent entry of many public assistance recipients into the workforce, these data remain the best available on national literacy and economic 3 This gure is a composite of all those served during those years and does not indicate 31 million di erent individuals.

Research on Professional Development and …

to examine two topics: (a) what is known about what makes teacher pro-fessional development effective, and (b) how teachers change as a result

THE OUTCOMES AND IMPACTS - NCSALL

Outcome, Impact, The outcomes and impacts 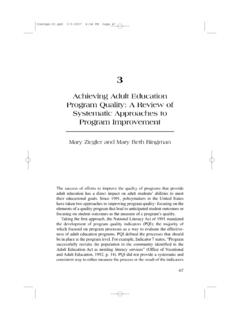 47 3 Achieving Adult Education Program Quality: A Review of Systematic Approaches to Program Improvement Mary Ziegler and Mary Beth Bingman The success of efforts to improve the quality of programs that provide

Understanding What Reading Is All About

Section 4: Outcomes of Participating in Adult …

Program Administrators’ Sourcebook ♦57 Section 4: Outcomes of Participating in Adult Education The Issues You Face As a program administrator, you know that: 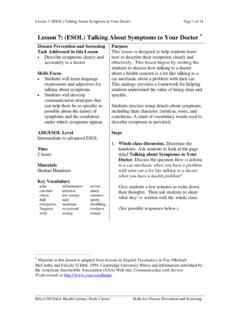 Lesson 7: (ESOL) Talking About Symptoms to Your …

Lesson 7: (ESOL) Talking About Symptoms to Your Doctor Page 3 of 14 Be sure to recognize the students’ worries and concerns about talking to a doctor

Your, About, Talking, Symptom, Lose, Talking about symptoms to your 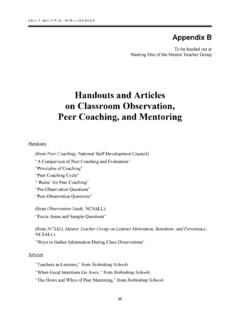 Handouts and Articles on Classroom Observation, … 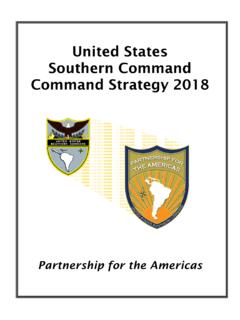 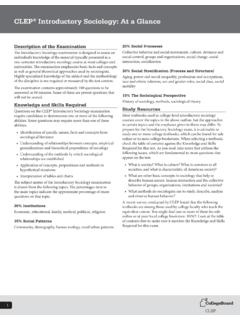 Social determinants of health 9 2.1 Income, poverty and health Socioeconomic factors determine where people and communities live, the kind of environment they