COVER STORY. RACE. RACE. RAC. Indigenisation, capacity building for larger production, meeting the production orders ahead of schedule and ensuring different variants of the flagship missile is what Sudhir Kumar Mishra, the MD & CEO. of BrahMos Aerospace , wants to achieve during his tenure. By Niranjan Mudholkar A. lthough it's been only a few months that he has taken charge as the MD & CEO of BrahMos Aerospace , Sudhir Kumar Mishra is a seasoned campaigner in this field. He has already looked after all major missile programmes of India as the Director Missile Programme at the DRDO. Headquarters. Considered as the top missile scientist in India today, he has also coordinated international joint missiles development programmes with Russia, Israel and France.

1 COVER STORY. RACE. RACE. RAC. Indigenisation, capacity building for larger production, meeting the production orders ahead of schedule and ensuring different variants of the flagship missile is what Sudhir Kumar Mishra, the MD & CEO. of BrahMos Aerospace , wants to achieve during his tenure. By Niranjan Mudholkar A. lthough it's been only a few months that he has taken charge as the MD & CEO of BrahMos Aerospace , Sudhir Kumar Mishra is a seasoned campaigner in this field. He has already looked after all major missile programmes of India as the Director Missile Programme at the DRDO. Headquarters. Considered as the top missile scientist in India today, he has also coordinated international joint missiles development programmes with Russia, Israel and France.

2 He has also worked closely with two stalwarts in this segment: the present DRDO chief and India's missile man Dr APJ Abdul Kalam. With this robust background, Mishra is now aiming to take missile manufacturing in India to the next level. The Missile BrahMos is a two-stage missile with a solid propellant booster engine as its first stage which brings it to supersonic speed and then gets separated. The liquid ramjet or the second stage then takes the missile closer to Mach 3 speed in cruise phase. Stealth technology and guidance system with advanced embedded software provide the missile with special features. The missile has flight range of up to 290-km with supersonic speed all through the flight, leading to shorter flight time, consequently ensuring lower dispersion of targets, quicker engagement time and non-interception by any known weapon system in the world.

3 It operates on Fire and Forget Principle', adopting varieties of flights on its way to the target. Its destructive power is enhanced due to large kinetic energy on impact. Its cruising altitude could be up to 15 km and terminal altitude is as low as 10 meters. It carries a conventional warhead weighing 200 to 300 kg. 32 THE MACHINIST - October 2014 COVER STORY. Indigenisation of missile development in India, capacity building for larger production, meeting the production orders ahead of schedule to ensure delivery of missiles on time and to ensure different variants of BrahMos missiles to meet the aspi- rations and requirements of the defence force including Army, Navy and Air Force are my immediate priorities.

4 In order to meet the above requirements, we now have to focus more on production of engine and seeker in India, he says. In addition, BrahMos Aerospace is now gearing up for the testing of the air-launched version of the missile from the IAF's Su-30 MKI fighter aircraft by this year-end or early next year. Once the integration and ground tests are over, we will carry out the flight trials from the frontline fighter aircraft.. According to Mishra, BrahMos is a total solutions company which handles all the stages of the missile operation including design, development, serial production, marketing, delivery, after sales support & maintenance, upgrades and new prod- ucts creation. We have formed a unique public-private consortium, to speed up production of the missile system.

5 Industry partners are the strength and backbone of BrahMos . More than 200. industry partners from India are committed to the BrahMos programme. They are continuously producing and delivering various systems and sub systems ranging from small rubber components to technologically advanced airframes and navi- gation systems. Together, we are also focussing on enhancing the indigenous contents of the BrahMos missile system.. Meeting the demand Given India's volatile neighbourhood, it is imperative that the armed forces are well stocked with the appropriate arms and ammunitions. So, is BrahMos Aerospace able to meet the de- mand from the Indian armed forces in terms of its production October 2014 - THE MACHINIST 33.

6 COVER STORY. The Joint Venture BrahMos Aerospace was formed as a joint venture between Defence Research and Development Organisation (DRDO) of India and Joint Stock Company Military Industrial Consortium NPO Mashinostroyenia (earlier known as Federal State Unitary Enterprise NPOM of Russia). The company was established in India through an Inter-Governmental Agreement signed on February 12, 1998, between The Republic of India and The Russian Federation. The company was established with an authorised capital of US$250 million with percent from Indian side and percent from Russian side. The company is responsible for designing, developing, producing and marketing the BrahMos supersonic cruise missile with active participation of a consortium of Indian and Russian industries.

7 The JV Company has become a role model by integrating public-private industries from India and Russia as a consortium of Missile Industry Complex'. It has penetrated the international market with the most potent weapon system for precision strike and a Force Multiplier in Network Centric Warfare. capacities? Yes, BrahMos has been successful in meeting the Scope for exports requirements of the Indian armed forces pertaining to their There has also been a demand for the BrahMos missile from delivery demands. We have excelled in delivering the missile other countries too given its extraordinary capabilities. The to the services ahead of schedule which clearly highlights our Inter-Governmental Agreement stipulates the use of this ad- production commitments and users' satisfaction.

8 The Indian vanced missile system by the Indian and Russian Armed Forc- Navy has currently deployed the missile system on almost all es as well as export to friendly countries. Several South-East- the frontline surface warships of the maritime force. The Indi- Asian and Latin American countries have expressed their an Army, till date, has placed orders for BrahMos interest in the system, particularly for the naval to be deployed in three of its regiments and and coastal defence versions. A definite list of two of them are already fully operational with Industry partners such countries already exists. We are progress- the Army with orders for many more in the ing with our marketing strategy for exporting are the strength pipeline.

9 We are enhancing our production BrahMos to certain nations. We expect several capacity in Hyderabad, Nagpur and Pilani by and backbone of export contracts to be signed with the nations developing further dedicated production lines BrahMos . More friendly to both India and Russia in the near and product support centres simultaneously, than 200 industry future. But the decision to export will be taken Mishra shares. Development work for the third partners from India only after the approval of both Indian and Rus- production centre in Nagpur, which will be ex- are committed sian Governments.. clusively dedicated to the Air Version, is in pro- to the BrahMos gress. We expect full-fledged production from programme.

10 Supply chain excellence this centre very soon. BrahMos is an excellent example of collabora- 34 THE MACHINIST - October 2014 COVER STORY. Why it is so special The BrahMos Missile is the world's first and only supersonic cruise missile. It is a precision strike weapon for Army, Navy as well as Air Force and can be fitted in Ships, Mobile Launchers, Submarines and Aircraft against land and sea targets. Compared to existing state-of-the-art subsonic cruise missiles, BrahMos has three times more velocity, to 3 times more flight range, 3 to 4 times more seeker range and nine times more kinetic energy. The missile has identical configuration for land, sea and sub-sea platforms and uses a Transport Launch Canister (TLC) for transportation, storage and launch. 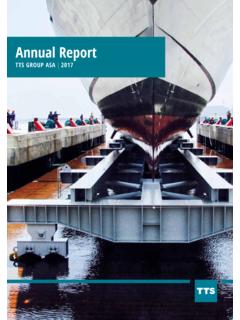 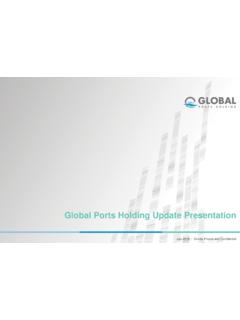 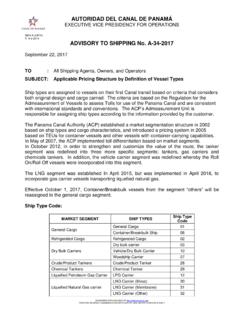