Hydrocarbon Processing October 2013 issue Raman vs. ftir Process Analyzers for In-Line blending Use Ara Barsamian Refinery Automation Institute, LLC. Tel: +1-973-644-2270. This paper was provoked by recent interest in using Raman and other spectroscopic methods for certifying In-Line blends, particularly after ASTM sponsored a working group in D02 [1] to work on practices ( using generalized calibrations for direct match technique) that would be acceptable to FTC (for certifying octanes) and other US government agencies. Bottom line : spectroscopic methods work, but they are highly dependent on the quality of modeling and design of spectrometers.

1 Hydrocarbon Processing October 2013 issue Raman vs. ftir Process Analyzers for In-Line blending Use Ara Barsamian Refinery Automation Institute, LLC. Tel: +1-973-644-2270. This paper was provoked by recent interest in using Raman and other spectroscopic methods for certifying In-Line blends, particularly after ASTM sponsored a working group in D02 [1] to work on practices ( using generalized calibrations for direct match technique) that would be acceptable to FTC (for certifying octanes) and other US government agencies. Bottom line : spectroscopic methods work, but they are highly dependent on the quality of modeling and design of spectrometers.

2 1. Background Turbulent economic times are pressing refiners to increase profits to simply stay in business. We feel acutely this pressure in gasoline and diesel blending since we make an easy target for news media and politicians readily pointing fingers at us to escape public wrath for their incompetence and bias against the oil industry. Well, how do we increase profits? By lowering production costs (something alien to US. Congress). We do this magic by implementing well-established and proven techniques, such as In-Line blend property control (1965) to insure we meet specs as close as possible to legal limits, and equally important, that we can certify In-Line blends on the fly using on- line Analyzers (1965.)

3 First In-Line blend release based on knock engines!). In US, where we typically produce about 100 to 150kbpd of various grades of gasoline ( a big sea of gasoline worth a couple of billions a year to the refinery), stopping the blending Process because of analyzer failure is usually not acceptable because you might miss a shipment (waiting tanker demurrage, missing your pipeline parcel injection time slot), and you never hear the end of it from planning and economics, traders, instant experts , your boss signing your paycheck, aso . The first generation of on- line Analyzers were electro-mechanical contraptions, like CFR knock engines (1929), Reid Vapor Pressure Analyzers , D86 Distillation, etc.

4 , one for each property to certify for releasing the blend to sales . As one can imagine, the costs piled up, not just the initial acquisition cost, but also maintenance costs, spares, training and each technology used different design, parts, method of operation and maintenance, a mixture of mechanical, electrical and electronic parts enough to drive the blending people crazy. In the 1970's refiners were looking desperately for more reliable and cheaper technology for on line analysis, and this how the spectroscopic methods were born with Ashland's pioneering effort with Infra-Tane TM octane analyzer using NIR spectroscopy, and then we had a booming field with every oil major developing its own proprietary method.

5 Hydrocarbon Processing October 2013 issue 2. Spectroscopic Analysis Methods Today we use three different spectroscopic techniques for on- line gasoline analysis Near Infra Red (NIR), Mid-IR. Raman Nuclear Magnetic Resonance (NMR); also known as Magnetic Resonance analyzer (MRA). Of these three methods, we will look at the first two because they turned out to be easier to implement and use. Nevertheless, all are INFERENTIAL type of measurements relying on models to predict properties based on spectral analysis. The proliferation of optical spectroscopic methods for In-Line blend property measurements, IR, NIR, Mid-IR, and Raman type of spectroscopic techniques produced various confusing claims that method A is better than method B , thus it would be useful to briefly review their basic functionality and usefulness for blending .

6 All these methods are available in direct spectra (so-called dispersive) or Fourier Transformed (FT) spectra measurement technique, IR or ftir . Issues to consider are reliability and robustness of property predictions, ease of developing and implementing property prediction models, and field equipment reliability and cost. Basics of Raman and FT-IR Spectroscopy There are two classes of spectroscopic measurement: DISPERSIVE (Fig. 1) and Fourier- Transformed (FT) which apply to both IR/NIR and Raman (Fig 2). A dispersive method simple involves passing a light (reflected or through a sample) through a spectrograph and then a multi-channel detector to determine the spectra.

7 In the FT method, we combine the direct light and the reflected light through a Michelson interferometer; the resulting interferogram is FT-transformed to get the spectra. Fig. 1 Dispersive Raman Spectrometer[2] Fig. 2 FT-type Spectrometer[2]. Hydrocarbon Processing October 2013 issue Raman Basics Raman method illuminates a sample with a monochromatic light from a laser; the illuminated sample material gives off light of a different color ( Raman shifted light, which means a different wavelength or color, see Fig. 3). The Raman effect light has specific spectral peaks which indicate specific composition, and the peak intensity indicates the concentration.

8 It is a linear Process , which means that models to predict properties of interest are simpler to build and more robust than IR methods (MIR, NIR, FT-IR). On the other hand, the sample also fluoresces (like a chest X-ray phosphor screen) and also the primary illuminating beam punches thru the sample. This requires careful filtering out of these spurious lights. The actual Raman shift light is very weak, which means that special measures have to be taken to intensify it so it can have enough strength (S/N ratio) to be measured. The Raman spectrum is illustrated in Fig. 6.

9 Fig. 3 FT Raman Spectrometer[3] Fig. 4 ftir Spectrometer[3]. FT-IR Basics The ftir method illuminates a sample with a multispectral light and measures the absorbance attenuation of the beam of light at various wavelengths as it passes through the sample (Fig. 4). The challenge here is that some of the compositional spectral lines overlap, so they are partially SUPERIMPOSED (and look smeared ), thus one cannot accurately separate individual component spectral lines and peak intensities, and this makes the prediction model and the type of chemometric tool used much more complicated.

10 Hydrocarbon Processing October 2013 issue Property Prediction Modeling Basics and Practices All spectroscopic methods require a mathematical model that ties the spectra to a property , octane. The mathematical tools to build these property prediction models use Chemometrics which combines math with statistics, PLS (partial least squares), PCA (principal component analysis), etc. In theory, the Raman spectral lines being linear with composition concentration would require fewer samples and make it easier, faster, and cheaper to develop, but that is not always the case. The samples needed to build a robust and reasonably accurate model are specified in the ASTM E1655 practice Modeling Bible [5], and there are no short-cuts.

What do all these numbers mean? Sensitivity, …

What do all these numbers mean? Sensitivity, specificity, and likelihood ratios Steve Simon P.MeanConsulting www.pmean.com

What, Name, Sheet, Sensitivity, Number, Specificity, What do all these numbers mean

MED117 | 2 . The ingestible pH and pressure capsule, which may also be referred to as a wireless motility capsule, measures pH, pressure, and temperature changes to signify passage of the capsule 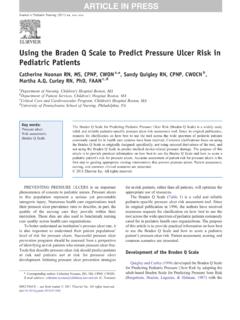