Refueling the innovation economy : Fresh Approaches to Science, Technology, Engineering and Mathematics (STEM) Education by Robert D. Atkinson and Merrilea Mayo 2. About the Authors Robert D. Atkinson , is the founder and president of the Information Technology and innovation Foundation. He is also author of the State New economy Index series and the book, The Past and Future of America's economy : Long Waves of innovation that Power Cycles of Growth (Edward Elgar, 2005). He has an extensive background in technology policy, and has conducted ground-breaking research projects on technology and innovation . He received his doctorate in City and Regional Planning from the University of North Carolina, Chapel Hill, in 1989. Merrilea Mayo , is the founder of Mayo Enterprises, LLC, a consultancy in the areas of innovation , workforce, technology and the future of learning.

3 About the Authors Robert D. Atkinson Ph.D., is the founder and president of the Information Technology and Innovation Foundation. He is also author of the State New Economy Index series and the book, The Past and Future of America’s Economy: Long Waves of Innovation that Power Cycles of Growth (Edward Elgar, 2005). He has an …

1 Refueling the innovation economy : Fresh Approaches to Science, Technology, Engineering and Mathematics (STEM) Education by Robert D. Atkinson and Merrilea Mayo 2. About the Authors Robert D. Atkinson , is the founder and president of the Information Technology and innovation Foundation. He is also author of the State New economy Index series and the book, The Past and Future of America's economy : Long Waves of innovation that Power Cycles of Growth (Edward Elgar, 2005). He has an extensive background in technology policy, and has conducted ground-breaking research projects on technology and innovation . He received his doctorate in City and Regional Planning from the University of North Carolina, Chapel Hill, in 1989. Merrilea Mayo , is the founder of Mayo Enterprises, LLC, a consultancy in the areas of innovation , workforce, technology and the future of learning.

2 Her recent work has included projects for NASA's Office of the Administrator, and the Kellogg Foundation. Previously, Dr. Mayo was a Director of Future of Learning Initiatives at the Ewing Marion Kauffman Foundation. Her portfolio there included video-game-based learning, educational virtual worlds, and cell-phone-delivered learning. From 2001 2006, Dr. Mayo was Director of the Government-University-Industry Roundtable (GUIRR) of the National Academies. GUIRR focused on trisector issues such the science and engineering workforce, intellectual property rights, the impacts of globalization on national competitiveness, STEM education, deemed exports regulations, and national-laboratory university collaborations. Dr. Mayo's career also includes two years at Sandia National Laboratories, eleven years on the faculty of Pennsylvania State University, and a founding role in both ASTRA (an advocacy organization for the physical sciences) and the University-Industry Demonstration Partnership (an organization devoted to improving the ability of companies and universities to conduct joint research).

3 Dr. Mayo is a materials scientist and engineer by training, having received her doctorate in that field from Stanford University in 1988, publishing approximately 80 technical articles, and serving as the Materials Research Society's President in 2003. About ITIF. The Information Technology and innovation Foundation (ITIF) is a Washington, think tank at the cutting edge of designing innovation policies and exploring how advances in information technology will create new economic opportunities to improve the quality of life. Nonprofit, and nonpartisan, ITIF offers pragmatic ideas that break free of economic philosophies born in eras long before the first punch card computer and well before the rise of modern China. ITIF, founded in 2006, is dedicated to conceiving and promoting new ways of thinking about technology-driven productivity, competitiveness, and globalization for the 21st century.

4 ITIF publishes policy reports, holds forums and policy debates, advises elected officials and their staff, and provides an active resource for the media. It develops new and creative policy proposals, analyzes existing policy issues through the lens of bolstering innovation and productivity, and advocates against policies that hinder digital transformation and innovation . The Information Technology and innovation Foundation is a 501(c)3 nonprofit organization. Acknowledgements ITIF gratefully acknowledges the Intel Corporation for its support to make this report possible. In addition, we want to thank Luke Stewart and Kathryn Angstadt of ITIF, and Sue Wunder for editorial and research assistance. We want to thank Janet Hugo and Richard Herman for serving as reviewers. We gratefully acknowledge our expert contributors, Jane L. David (project-based learning), Jo Kahn (WorkKeys), Sherra Kerns (Olin College), Susan Patrick (virtual schools), and Cameron Wilson (computer science education).

6 148. Policy Recommendations 5. 1. Chapter 1: Time for a New Approach to STEM Education F. or over a half century, science-based innovation has powered America's economy , creating good jobs, a high standard of living, and economic and political leadership. Yet, our nation's global share of activity in STEM-focused industries is in decline, jeopardizing our status as the world's leader in Moreover, there is clear evidence that the United States is consistently not Students at Olin College of Engineering in able to produce enough of its own STEM workers in key Needham, Massachusetts. fields ( , computer science, electrical engineering), even though the best universities for studying these subjects are While increasing the quantity and quality of STEM graduates will not by itself solve the problem of declining innovation -based competitiveness, it is an important component of a larger national innovation strategy.

7 Consequently, there is increasing concern over how to give more American students stronger STEM skills and get them into STEM jobs. 6. While a few science and technology policy experts might to 8, to high school, to college and to graduate school all dispute this framing, most embrace it. In fact, the last 30 students get as much and as high a quality STEM education years has seen a widespread consensus that America needs as possible. Interventions grounded in this approach in- to do a better job at promoting and supporting STEM clude boosting K 12 STEM teacher quality ( , increasing education. Indeed, numerous task forces, commissions and teacher pay, requiring higher STEM teacher qualifications), study groups have produced an array of reports and calls to imposing more rigorous STEM standards ( , expanding action (see Box ). The general consensus regarding the requirements for STEM courses, more testing and assess- nature of the problem, its causes and needed solutions has ment), improving curriculum (including further studies of the led some policy makers to proclaim that the last thing we most effective STEM pedagogies and learning materials), need is another report.

8 We know what to do, so goes the and boosting awareness among students of the importance refrain. After all, previous reports have provided a detailed and attractiveness of STEM careers. In other words, STEM is road map. Now is the time for action. According to this line so important that we can't afford not to have every student of thinking, we have good ideas, but lack political will. Too in America given the best STEM education, with the hope few citizens and policy makers recognize the importance of that this will increase the likelihood that at least some of the problem and the critical need for solutions. them will go into STEM jobs. Moreover, the thinking goes, because STEM jobs pay more and are growing faster than Indeed, it's hard to imagine what more could be done to other occupations our education system should produce direct attention to the importance of the problem.

9 Yet lit- more STEM grads who can take advantage of these reward- tle seems to change, despite the continued proliferation ing employment opportunities. of reports to Congress raising the same alarm, identify- ing the same problems, and calling out for largely the the prevailing view is that the way to ensure same solutions. that more Americans have needed STEM skills Certainly, it would be better if Congress and federal Ad- is to make sure that along every step of the way, ministrations had devoted more attention to this problem. from K to 8, to high school, to college and to But some action has been taken. Congress has passed graduate school all students get as much and as numerous pieces of legislation over the years to address high a quality STEM education as possible. STEM education and Administrations, including the current one, have established new STEM initiatives.

10 So perhaps the problem is not a lack of political will in Washington The logic in such an approach is intuitively appealing and and state capitols, but a lack of the right approach to the powerful, which is why virtually every STEM report has em- problem. This report argues that the prevailing approaches braced it as a given and structured its recommendations to solving the STEM challenge that are so widely agreed around it. If we want more STEM grads, why shouldn't we upon in Washington are in fact quite limited and that what create as many candidates as possible by promoting are needed are fresh approaches that drive innovation in STEM for All? However, this report identifies five over- STEM education, so that we can drive innovation and jobs riding characteristics of the current approaches to STEM. in the economy . policy that limit progress toward the goal of getting more American workers into STEM jobs and in so doing, expanding STEM jobs and economic activity even further. 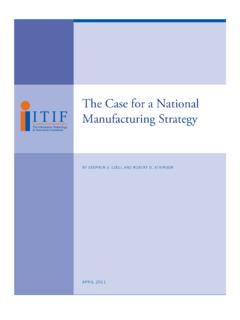 The Case for a National Manufacturing Strategy 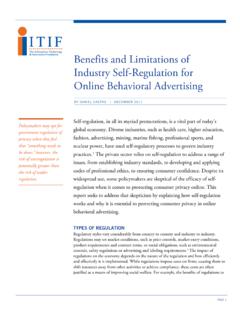 PAGE 1 University Research Funding: The United States is Behind and Falling BY ROBERT D. ATKINSON AND LUKE A. STEWART | MAY 2011 Research and development drives innovation and innovation drives long -

The Role of Information Technology in Medical … 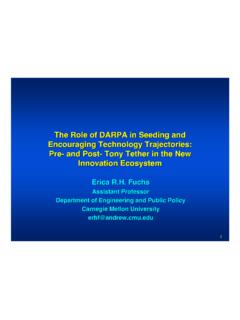 The Role of DARPA in Seeding and Encouraging …

1 The Role of DARPA in Seeding and Encouraging Technology Trajectories: Pre- and Post- Tony Tether in the New Innovation Ecosystem Erica R.H. Fuchs 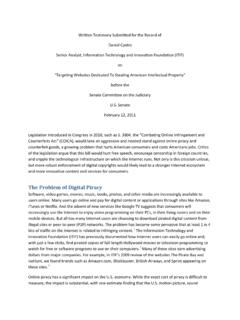 The Problem of Digital Piracy - ITIF

4 Potential Legislative Responses Online piracy harms the artists, both the famous and struggling, who create content, as well as the technicians —sound engineers, editors, set designers, software and game programmers —who 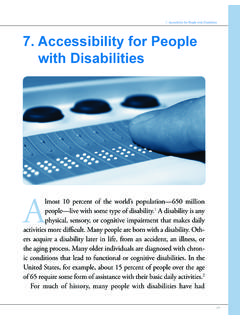 7. Accessibility for People with Disabilities 7 ... 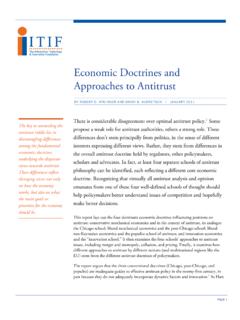 Economic Doctrines and Approaches to Antitrust - …

PAGE 1 Economic Doctrines and Approaches to Antitrust BY ROBERT D. ATKINSON AND DAVID B. AUDRETSCH | JANUARY 2011 There is considerable disagreement over optimal antitrust policy.1 should be. 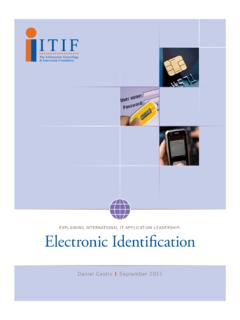 by RobeRt D. Atkinson AnD DAviD b. AuDRetsch | … 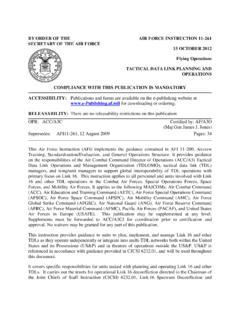 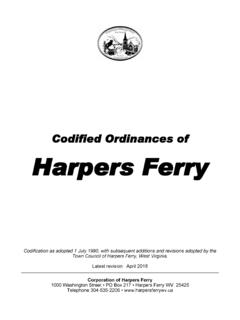 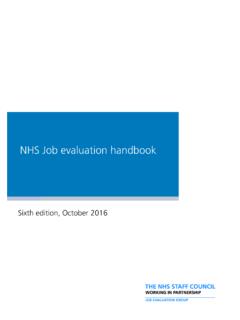 4 1.9 Finally, chapter fifteen sets out the NHS Staff Council procedure on what to do if one of the evaluation processes become blocked at a local level. 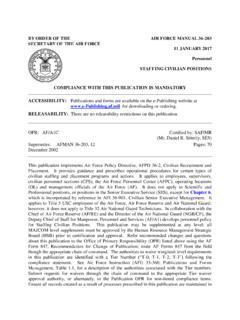