December 2016 REGDOC-3.6, Glossary of CNSC Terminology 3 2. Terms and Definitions A A1, A2 (A1, A2) Ha[ve] the same meanings as in the IAEA Regulations. (Source: Packaging and Transport of Nuclear

3 This document is provided for reference and information and serves as the standard for future cnsc . regulatory documents and other publications. All terms and definitions from the NSCA (also called the Act) and regulations made under it are identified by source. Certain frequently used terms and definitions defined by other acts of Parliament are also included and their sources are also identified. References to sections, subsections, paragraphs, schedules or columns mean those belonging to the source (NSCA, regulation or other act) unless otherwise specified. Some terms are also used in cnsc licences and licence conditions handbooks. This Glossary may include minor edits of those terms and definitions; however, the definitions in this Glossary do not supersede licence conditions or other legally binding documents.

4 In most cases, the definitions have been previously published in cnsc documents. Where necessary, they have been edited for grammar, consistency and accuracy. Where published sources provided multiple definitions for a term, similar definitions were combined and edited for the same reason, or context was added where the meaning applies to a specific safety area or facility type. This document is intended to be updated regularly. New terms and definitions will be added as new or revised regulatory documents or other publications are published. Comments on terms and definitions are always welcome; please contact the cnsc if you have any suggestions to improve this document's completeness, cohesiveness or clarity. i December 2016 , Glossary of cnsc Terminology Table of Contents 1.

5 Purpose .. 1 1 Relevant 2 Additions and revisions .. 2 2. Terms and Definitions ..3. M ..65 B ..10 O ..76 P ..80 E ..33 Q ..91 F ..42 G ..47 S ..98 H ..48 T ..114 I ..51 K ..60 L ..60 X-Y-Z ..127 Appendix A: Acronyms and Abbreviations ..128 References ..134 Additional Information ..135 ii December 2016 , Glossary of cnsc Terminology Glossary of cnsc Terminology 1. Introduction Purpose This Glossary is provided for reference and information and serves as the standard for future cnsc regulatory documents and other publications. The definitions in this Glossary do not supersede licence conditions or other legally binding documents. Scope The Glossary provides a list of terms and definitions used in the nuclear Safety and Control Act (NSCA; also called the Act), the regulations made under the NSCA, and cnsc regulatory documents and other publications, such as annual reports and guidance documents.

6 Acronyms and abbreviations are also included. Minor edits have been made to some terms and definitions from published cnsc regulatory documents and other cnsc publications. Notes have been added to certain definitions to further clarify them. French terms For each term, the French term is provided immediately following the English term. Glossary structure Most Glossary entries consist of a term plus a definition, but may also have other information. A term may have one or more definitions; for example: safety analysis (analyse de la s ret ). A systematic evaluation of the potential hazards that is associated with the conduct of a proposed activity or facility and that considers the effectiveness of preventive measures and strategies in reducing the effects of such hazards.

7 OR. With respect to deterministic safety analysis, analysis by means of appropriate analytical tools that confirms the design basis for the items important to safety and ensures that the overall nuclear facility design is capable of meeting specified acceptance criteria. Cross-references are provided to the main or preferred term; for example: poison (poison). See neutron absorber. 1. December 2016 , Glossary of cnsc Terminology Acronyms are included either with the defined term, or as a cross-reference or a standalone entry where applicable; for example: annual limit on intake (ALI) (limite annuelle d'incorporation [LAI]). The activity, in becquerel, of a radionuclide that will deliver an effective dose of 20 mSv during the 50-year period after the radionuclide is taken into the body of a person 18 years old or older or during the period beginning at intake and ending at age 70 after it is taken into the body of a person less than 18 years old.

8 (Source: Radiation Protection Regulations). ALI (LAI). See annual limit on intake. RCS (SRR). reactor coolant system The Glossary also lists alternate, but less frequently used terms, as well as a small number of terms (not necessarily synonyms) that are more suitably defined under other ones. These alternate terms are also cross-referenced to the appropriate terms, for example: collimator (collimateur). See beam limiter. Relevant legislation Sources Terms and definitions from the NSCA, regulations made under the NSCA and other relevant legislation are identified by the source; for example: Class I nuclear facility (installation nucl aire de cat gorie I). A Class IA nuclear facility and a Class IB nuclear facility. (Source: Class I nuclear Facilities Regulations).

9 Each term is generally from the Interpretations section, but may appear in another section or subsection of the legislation. Within any definition, references to sections, subsections, paragraphs, schedules or columns mean those belonging to the source unless otherwise specified. iaea Regulations Throughout this document, the term iaea Regulations refers to the most up-to-date Regulations for the Safe Transport of Radioactive Material, published by the International Atomic Energy Agency ( iaea ). Additions and revisions Future versions of this document will incorporate new terms and definitions in newly published regulatory documents, capture revisions to existing cnsc documents as those documents are developed or reaffirmed, and reflect advances in scientific and technical knowledge.

10 Suggestions for additions and revisions to the terms and definitions included in this document should be submitted to the cnsc . 2. December 2016 , Glossary of cnsc Terminology 2. Terms and Definitions A. A1, A2 (A1, A2). Ha[ve] the same meanings as in the iaea Regulations. (Source: Packaging and Transport of nuclear Substances Regulations, 2015). Note: A1 and A2 are values specific to each radionuclide and are used to determine the activity limits for transport packages. abandon (abandonner). Remove from regulatory control. abiotic (abiotique). Relating to the non-living parts of the environment such as air, rock, soil and water. Some abiotic components are topography, hydrology, drainage, climate, meteorology, and land-use patterns by members of the public. 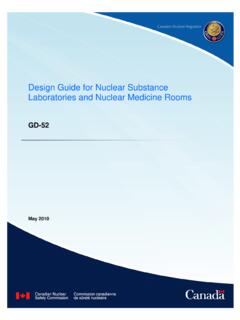 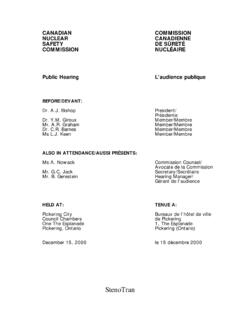 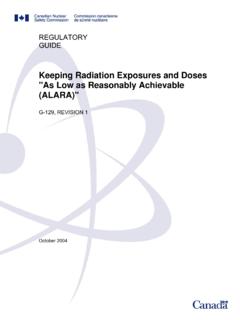 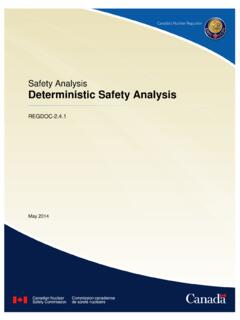 May 2014 REGDOC 2.4.1, Deterministic Safety Analysis establish a modern, risk-informed approach to the categorization of accidents – one that considers a full 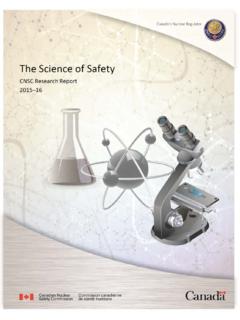 Introduction Purpose of this report . Part of the CNSC’s mandate is to disseminate scientific, technical and regulatory information to the general public. 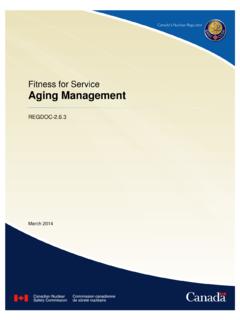 Managing the aging of a reactor facility means to ensure the availability of required safety functions throughout the facility’s service life, with … 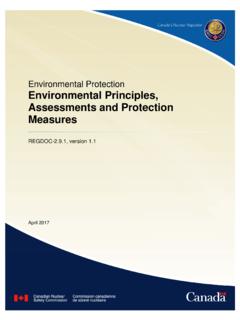 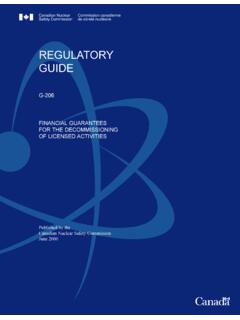 1. June 2000 G-206 FINANCIAL GUARANTEES FOR THE DECOMMISSIONING OF LICENSED ACTIVITIES. 1.0 PURPOSE. This regulatory guide provides guidance regarding the establishment and maintenance of 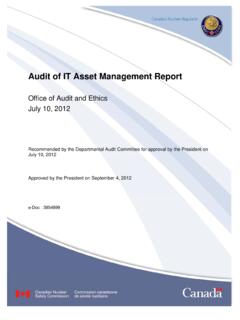 Audit of IT Asset Management Report