UNCTAD Research Paper No. 1. JULY 2017. Alisa DiCaprio Regional trade (Asian development Bank Institute), agreements, integration Amelia U. Santos- and development Paulino (UNCTAD). and Maria V. Abstract Sokolova Developing countries have become more active participants in (UNCTAD and Graduate Regional trade agreements, which raise questions about how the Institute Geneva) benefits of integration are distributed. A key concern is whether countries at the low end of the income spectrum are able to capture development gains from integration .

1 UNCTAD Research Paper No. 1. JULY 2017. Alisa DiCaprio Regional trade (Asian development Bank Institute), agreements, integration Amelia U. Santos- and development Paulino (UNCTAD). and Maria V. Abstract Sokolova Developing countries have become more active participants in (UNCTAD and Graduate Regional trade agreements, which raise questions about how the Institute Geneva) benefits of integration are distributed. A key concern is whether countries at the low end of the income spectrum are able to capture development gains from integration .

2 Historically, such impacts have been difficult to identify with precision. This paper contributes to the understanding of such issues by analysing the impact of Regional integration on growth and within country inequality. The investigation develops two measures of Regional integration using trade agreement participation as a proxy for preferential trade access. The analysis shows that Regional integration leads to higher economic growth and lower within-country inequality in member countries. The direct development effects can be further enhanced by a second transmission channel whereby a country captures indirect benefits from any agreements to which its trading partners are party.

4 7. Data definition and sources .. 8. 3. Empirical results .. 8. Internal and external exposure to regionalization .. 8. Econometric results .. 10. Further discussion .. 14. 4. Conclusion .. 17. Annex 18. References .. 23. Acknowledgements The authors are grateful to seminar participants in the Asian development Bank Institute, Tokyo, in July 2016, and Shanghai Forum 2017, China, for useful comments and suggestions on a previous version of the paper. Patrick Osakwe and an anonymous referee also reviewed and provided comments on the paper.

5 Any remaining errors are the authors'. _____. 3 UNCTAD Research Paper _____. 1. Introduction Regional trade agreements (RTAs) can be a useful tool in promoting growth. 1 RTAs structure trade in a way that can increase domestic productive capacity, promote upward harmonization of standards, improve institutions, introduce technical know-how into the domestic market and increase preferential access to desirable markets. These are outcomes that could benefit developing economies in general and particularly the least developed countries (LDCs) and other low-income countries.

6 However, most studies of Regional integration agreements show that, on average, low-income countries benefit less (see for example Ariyasajjakorn et al., 2009; Feenstra, 1996). Despite the relatively low benefits for LDCs, every country in the LDC category is a member of at least one RTA. The agreements range from partial scope agreements to economic integration agreements targeting political union. Most RTAs involving LDCs are South South agreements (figure 1), which are generally poorly implemented and not known to be particularly beneficial for the industrialization of partner countries.

8 The paper's motivation is rooted in the Sustainable development Goals. The Goals clearly recognize the role of trade as a potential development tool. In particular, they highlight the role inequality plays in holding States 1. Regional trade agreements are defined as any agreement involving tariffs lower than most-favoured nation rates. _____. 4 UNCTAD Research Paper _____. back (Goal 10 concerns reduced inequalities) and the potential role trade can play in addressing this (Goal 2. targets zero hunger and Goal 8 targets decent work and growth).

9 In 2016, RTAs were the de facto way to access the global trade regime. As a result, a clear understanding of whether RTAs promote developmental outcomes such as reducing inequality is paramount. This paper explores the question of how trade agreements affect inequality using two levels of analysis. The first is at the national level. A sovereign State can join an existing RTA or create a new one with its trading partners. The introduction of new trade relationships will affect between-household inequality in member States mostly through the impacts on the labour markets and wage earnings, akin to the general links between trade and poverty, although the direction is unclear.

10 The second level is Regional . Not all neighbouring States have RTA relationships. Yet where an RTA exists, even non-member States are impacted by changes in trade flows. That is, there are potential impacts for a country that is not in a formal RTA but trades extensively with countries that are highly exposed to Regional agreement with other countries. This feature is incorporated into the analysis by estimating the effects of RTAs enacted by trading partners of a country with third parties. To differentiate this from the direct benefits of being a party to an RTA, this indirect measure is referred to as external exposure to regionalization. 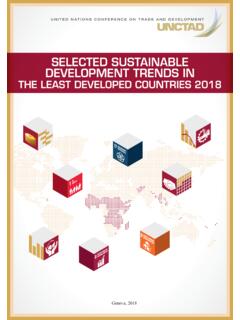 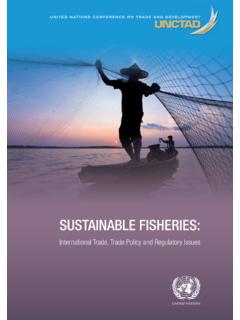 UNCTAD/DTL/STICT/2017/7 2 | P a g e The UNCTAD E-Commerce Week 2017 featured a range of events aimed at contributing to the global dialogue on the need to make the development of e-commerce inclusive.

How to Prepare Your Business Plan - UNCTAD | Home

Business, Your, Plan, Prepares, To prepare your business plan UNITED NATIONS CONFERENCE ON TRADE AND …

iii BAN Ki-moon Secretary-General of the United Nations PREFACE This year’s World Investment Report, the 25th in the series, aims to …

Dr. Duong Van Hop A CASE STUDY ON Collaboration project on taxonomic and ecological studies of microbes in Vietnam and utilization under NP on ABS Non-Tariff Measures to Trade: Economic and …

Non-Tariff Measures to Trade: Economic and Policy Issues for Developing Countries iii FOREWORD Due to the proliferation of various non …

AFramework for Analysing Participation in …

A Framework for Analysing Participation in Development iii Preface One way to improve and strengthen aid, according to a number of international Theories of Change in International Development ... GOOD PRACTICES IN THE NATIONAL … 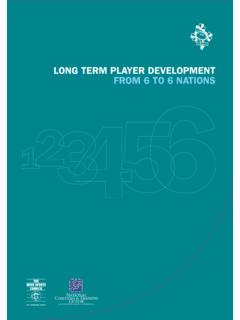 LONG TERM PLAYER DEVELOPMENT FROM 6 TO 6 …