REPORT ON ABUSE OF CHARITIES FOR MONEY …

2 EXECUTIVE SUMMARY Tax evasion and tax fraud through the abuse of charities is a serious and increasing risk in many countries although its impact is variable.

1 ORGANISATION FOR ECONOMIC CO-OPERATION AND DEVELOPMENT. REPORT ON ABUSE OF CHARITIES FOR MONEY -LAUNDERING AND. TAX EVASION. CENTRE FOR TAX POLICY AND ADMINISTRATION. EXECUTIVE SUMMARY. Tax evasion and tax fraud through the ABUSE of CHARITIES is a serious and increasing risk in many countries although its impact is variable. Some countries estimate that the ABUSE of CHARITIES costs their treasury many hundreds of millions of dollars and is becoming more prevalent. This REPORT was prepared by the Tax Crimes and MONEY Laundering Sub-Group of Working Party No. 8. It contains information on tax crime and MONEY laundering through the ABUSE of CHARITIES .

2 The information contained in the REPORT was provided by 19 countries in response to a questionnaire issued in May 2008. The REPORT summarizes the status attached to CHARITIES in the countries surveyed and compiles the common methods of the ABUSE of CHARITIES , the sectors at risk and the few attempts so far to quantify those risks. It sets out the detection strategies that countries have adopted. It also provides a listing of red flag indicators that countries can use in training front-end staff that process or assess tax returns as well as tax auditors and tax investigators in pursuing their verification and enforcement duties.

3 The REPORT gives examples of information resources and describes the detection and investigation approaches adopted by a number of the countries. The ABUSE of CHARITIES is becoming more organised and more sophisticated. Most countries surveyed that have identified problems with the ABUSE of CHARITIES find it difficult to detect all cases of ABUSE . The REPORT gives illustrative case studies to aid comprehension and to raise the awareness of tax authorities about the potential ABUSE of CHARITIES in their countries. The REPORT identifies a set of good practices that tax authorities vulnerable to the risk of this ABUSE might consider.

6 25. ANNEX 2 CASE STUDIES ..59. 3. REPORT ON THE ABUSE OF CHARITIES FOR MONEY -LAUNDERING AND TAX EVASION. I. Background 1. Many countries recognize the important and significant role the voluntary sector plays in building a strong, caring and well functioning society as well as in contributing to employment, welfare and economic growth. As a consequence the provide tax incentives or tax relief to those organizations (and their donors). that typically constitute the voluntary sector: unincorporated community organizations, registered CHARITIES ( CHARITIES ) and non-profit corporations. 2. Many tax administrations have the statutory responsibility for ensuring compliance with the eligibility requirements for the tax relief provided to taxpayers for donations, or tax benefits that accrue to certain organizations within the voluntary sector.

7 Typically this would include non-profit corporations, registered CHARITIES , and the donors to registered CHARITIES . The tax administration s role is to ensure that the tax relief and tax benefits are appropriately claimed, that entitlements are not abused and that obligations associated with these tax benefits or tax relief, such as registration, reporting of activities, the provision of statements of assets and liabilities, or other administrative requirements, are complied with. 3. The ABUSE of CHARITIES occurs when the sanctioned government status of a charitable organization is abused either by the charitable organization, by taxpayers and donors, or third parties, such as fraudsters who pose as charitable organizations or tax return preparers who falsify tax returns to defraud the government.

8 The ABUSE has serious and increasing risks to governments and the wider community. While the studies are limited, some countries like Canada REPORT that the ABUSE of CHARITIES is costing their treasury millions of dollars in terms of misappropriated tax relief such as the overpayment of refund claims or fraudulent claims. In other countries, similar abuses are reported with serious consequences on tax revenues and the integrity of the charitable sector. 4. This REPORT will focus on the ABUSE by CHARITIES themselves or by others, of the tax advantages that are provided to CHARITIES and to taxpayers who make charitable donations.

9 Although in some countries, Non- Profit Organizations are also included in Charitable Organizations, the REPORT will not explore the ABUSE of non-profit organizations (NPO) although in some cases, the abuses that will be highlighted in this REPORT may be applicable to NPOs. 5. Taking into account the significant risks outlined above, Working Party No. 8 Sub-Group on Tax Crimes and MONEY Laundering (TCML) agreed to examine the tax evasion and MONEY laundering vulnerabilities associated with the ABUSE of CHARITIES . The delegate for Canada took the lead on surveying practice, developing the analysis and collating case studies for the REPORT .

10 6. This REPORT contains information on the tax evasion and MONEY laundering vulnerabilities associated with the ABUSE of CHARITIES . The information was provided by 19 countries1 in response to a questionnaire 1. Argentina, Austria, Belgium, Canada, Chile, the Czech Republic, Denmark, France, Germany, Ireland, Italy, the Netherlands, Norway, Portugal, Spain, Sweden, Turkey, United Kingdom and the United States. 4. that was sent on May 30, 2008. The REPORT includes two annexes that contain all country responses to the survey and case studies. The REPORT not only provides a useful overview of the key tax evasion and MONEY laundering issues and risks associated with the ABUSE of CHARITIES , but also provides practical guidance to tax authorities that are seeking to implement strategies to effectively address these risks. 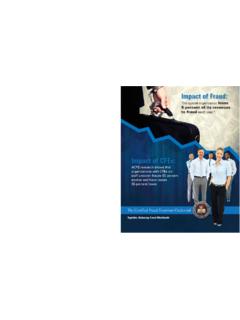 More than 75% of Fortune 500 companies Certified …

The 2014 Report to the Nations on Occupational Fraud and Abuse estimates that the typical organization loses 5 percent of its revenues to fraud each year.At its extreme, fraud can destroy entire companies — Enron, Arthur Anderson and WorldCom are just a few examples. Today’s economic climate and the resulting preponderance of fraud schemes has forced …

ON OCCUPATIONAL FRAUD AND ABUSE - …

2 REPORT TO THE NATIONS ON OCCUPATIONAL FRAUD AND ABUSE Letter from the President & CEO In 1988, Dr. Joseph T. Wells founded the ACFE with a stated mission to reduce the incidence of fraud and white-collar crime and

How to Combat Government Fraud, Waste, and …

2 How to Combat Government Fraud, Waste, and Abuse A REALLY BIG PROBLEM It is no secret that government bodies around the world face an enormous problem in fraud, waste, and abuse. For example, the U.S. 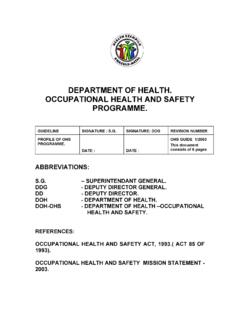 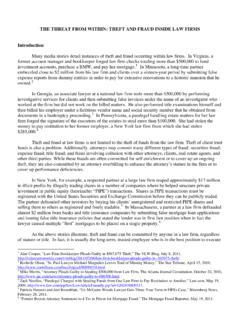 THE THREAT FROM WITHIN: THEFT AND FRAUD …

THE THREAT FROM WITHIN: THEFT AND FRAUD INSIDE LAW FIRMS Introduction: Many media stories detail instances of theft and fraud occurring within law firms.

Form, Threats, Within, Fraud, Theft, The threat from within, Theft and fraud

Fortune 500 companies Certified, ON OCCUPATIONAL FRAUD AND ABUSE, Fraud, REPORT TO THE NATIONS ON OCCUPATIONAL FRAUD AND ABUSE, Combat Government Fraud, Waste, and, Combat Government Fraud, Waste, and Abuse, And abuse, Occupational health and safety programme, Occupational, THE THREAT FROM WITHIN: THEFT AND FRAUD