EMEs, particularly their transfer risk exposures, ie the risk associated with policy measures that have a territorial jurisdiction, such as capital controls and payment moratoriums. Banks were asked to fully consolidate their on-balance sheet claims, …

4 37. Breaks-in-series .. 38. Data quality .. 39. 8. Dissemination .. 40. Adjusted changes .. 40. Annual growth 40. Reporting guidelines for the BIS international banking statistics 2. Revision policy .. 40. 9. References .. 41. Annex A: Approaches to the perimeter of consolidation .. 42. Annex B: Reporting of derivatives in the CBS .. 43. Annex C: Examples of bank type and nationality .. 44. Annex D: Examples of how to report different types of claim in the CBS .. 46. Annex E: Frequently asked questions .. 49. Annex F: Questions about LBS- Reporting practices .. 54. Annex G: Questions about CBS- Reporting practices .. 57. Conventions used in this publication .. not available . not applicable nil or negligible The term country as used in this publication also covers territorial entities that are not states as understood by international law and practice but for which data are separately and independently maintained.

7 The LBS. capture the outstanding financial assets and liabilities of internationally active banks located in Reporting countries against counterparties residing in more than 200 countries. Banks record their positions on an unconsolidated, standalone basis, including intragroup positions between entities that are part of the same banking group as well as inter-office positions with non-resident branches. The LBS are compiled according to principles and concepts that are consistent with balance of payments (BoP) and international investment position statistics. The consolidated banking statistics (CBS), which capture the worldwide consolidated positions of internationally active banking groups headquartered in Reporting countries. The CBS include the business of banks' foreign affiliates but exclude intragroup positions, similarly to the consolidation approach followed by banking supervisors.

8 The LBS and CBS are reported to the BIS at a country rather than individual bank level. Banks submit data to an official authority in their country, usually the central bank, which then aggregates the data and submits country-level aggregates to the BIS for global aggregations, analysis and publication. The LBS and CBS are best suited for macro analysis of economic and financial stability issues. They can help monitor the evolution of the financial landscape and reveal emerging vulnerabilities (BIS. (2015)). Within a multipronged approach to systemic risk assessment, the LBS and CBS serve as a starting point for a fuller analysis based on more detailed data. Reporting countries The term Reporting countries refers to countries with an authority that participates in the collection of the LBS or CBS. The number of Reporting countries varies by data set and year. The number of LBS- Reporting countries increased from 15 in 1977 to 28 in 2000 and 47 in 2016.

9 The number of CBS- Reporting countries increased from 15 in 1983 to 23 in 2000 and 31 in 2011. Countries with authorities that participate in the LBS and CBS are listed on the BIS website ( ). The IBS aim to provide comprehensive information about the business of internationally active banks. Owing to the concentration of international banking business, this aim can be satisfied through the participation of countries and financial centres with substantial cross-border banking business; it is not necessary to seek the participation of all countries in the world. The BIS, in consultation with Reporting countries and the CGFS, invites new authorities to participate in the LBS or CBS when the international business of banks in their country becomes substantial. 2. The CGFS monitors financial market developments for central bank Governors and analyses the implications for financial stability and central bank policy ( ).

10 The CGFS comprises over 20 central banks and is located at the BIS. It was established in 1971, and until 1999 was known as the Euro-currency Standing Committee. Reporting guidelines for the BIS international banking statistics 5. The share of banks in LBS- Reporting countries in the estimated cross-border financial assets of all banks worldwide rose from about 50% in 1977 to 90% in 2000 and 93% in 2016 (BIS (2018)). Although the number of CBS- Reporting countries is less than the number of LBS- Reporting countries, the coverage is not necessarily lower because, in the CBS, banks submit data on a consolidated group basis. Therefore the CBS capture not only the balance sheets of banks located in the Reporting countries but also the balance sheets of their foreign affiliates around the world. The Reporting guidelines distinguish between data that authorities are required to report to meet their obligations as a Reporting country and data that authorities are encouraged to report on a best effort basis to enhance the analytical usefulness of the data set. 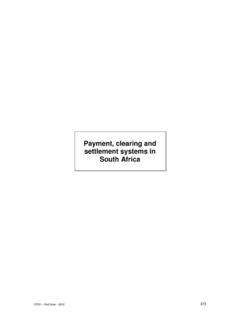 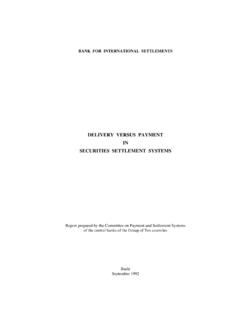 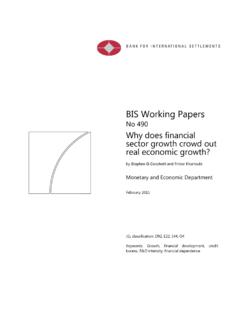 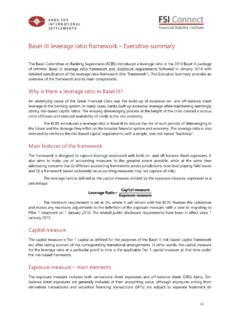 Labour markets and inflation in the wake of the pandemic

especially large share of the adjustment in many EMEs. In Brazil, Mexico and South Africa, participation rates initially dropped by between 4 and 12 percentage points. More generally, employment in the informal sector fell by more than in the formal sector in many EMEs. This stands in contrast to the sector’s

[a b-bbee status level verification certificate/ sworn vit (for emes & qses) must be submitted in order to qualify for preference points for b-bb are you the questionnaire to bidding foreign suppliers . bid submission: ax co plian . di sec instr/02/2012 vetting and screening 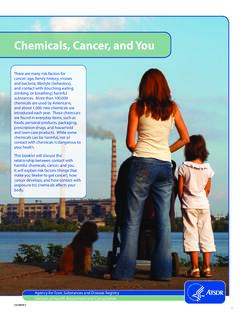 Chemicals, Cancer, and You - Agency for Toxic Substances ...

Chemicals and Cancer . Understanding which chemicals cause which cancers is one of our greatest scientiic challenges. People are exposed to trace amounts of many chemicals every day. 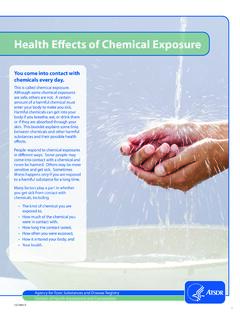 ’s function is to protect the body from tumor cells, environmental substances, and invading viruses or bacteria. It includes the lymph system, bone marrow, white blood cells, and the spleen.