_____RESERVE bank OF INDIA_____. RBI/2017-18/1. July 1, 2017. All Agency Banks Dear Sir/Madam Master Circular - Disbursement of Government pension by Agency Banks Please refer to our Master Circular RBI/2015-16/63 dated July 1, 2015 on the above subject. We have now revised and updated the Master Circular which consolidates important instructions on the subject issued by the RESERVE bank of INDIA till June 30, 2017. 2. A copy of the revised Master Circular is enclosed for your information. This circular may also be downloaded from our website Yours faithfully (S.)

6. Various Central Government inistries and State GovernmentsM have modified the scheme for payment of pension permitting credit of pension also to a joint account

1 _____RESERVE bank OF INDIA_____. RBI/2017-18/1. July 1, 2017. All Agency Banks Dear Sir/Madam Master Circular - Disbursement of Government pension by Agency Banks Please refer to our Master Circular RBI/2015-16/63 dated July 1, 2015 on the above subject. We have now revised and updated the Master Circular which consolidates important instructions on the subject issued by the RESERVE bank of INDIA till June 30, 2017. 2. A copy of the revised Master Circular is enclosed for your information. This circular may also be downloaded from our website Yours faithfully (S.)

2 Ramaswamy). Principal Chief General Manager Encl.: As above , , , , - 008 400. Department of Government & bank Accounts, Central Office, Opp. Mumbai Central Railway Station, Byculla, Mumbai - 400 008. Telephone: (022) 2308 4121, Fax No. (022) 2300 0370/2301 6072/2301 0095, e-mail : , . 1. Master Circular Disbursement of Government pension by Agency Banks Introduction Payment of pension to retired government employees, including payment of basic pension , increased Dearness Relief (DR), and other benefits as and when announced by the governments, is governed by the relevant schemes prepared by concerned Ministries/Departments of the Government of INDIA and State Governments.

3 This Master Circular consolidates important instructions on the subject issued by the RESERVE bank till June 30, 2017. It does not replace or supersede such existing government instructions. In case of any doubt or apparent contradiction, agency banks may be guided by the relevant government instructions. Various circulars issued in this connection by the RESERVE bank of INDIA are summarised hereunder for information. General Instructions Government orders on DR, etc. on websites 2. In order to obviate the time lag between issue of DR orders and payment of DR to the beneficiary and to render expeditious service to senior citizens, the following action is required to be taken.

4 (a) As soon as the sanction of Dearness Relief at revised rates is received from Ministry of Finance, orders for payment of Dearness Relief to pensioners at revised rates are issued and the copies of such orders are immediately sent to Heads of all Agency Banks by e-mail as well as by FAX with instructions to take necessary action for expeditious payment of Dearness Relief. (b) The orders are put on website of Ministry of Personnel, Public Grievance and Pensions ( ). (c) Copies of orders are also sent by post to Heads of all Agency Banks and published in leading newspapers by Indian Banks' Association.

5 (d) pension paying agency banks should act on the copies of the orders supplied by Government to the Head Offices and/or Regional Offices of authorised banks in the State headquarters or hosted on the website of the State Government. (e) The Controlling Offices/ Head Offices of agency banks should closely monitor and supervise timely and correct disbursement of Government pension to eligible pensioners. Nomination 3. With a view to avoiding inconvenience to pensioners, all pension paying branches to accept Nomination Forms A' or B' as the case may be, submitted by Central Civil/Railway pensioners for the payment of arrears of pension to the heir(s).

6 4. In the case of Central Civil and Railway pensioners, the pension paying banks should endorse the names of nominees as per nomination forms A' and B' on the front page of the pass book and the branches may be advised to ensure that the procedure laid down in schemes for disbursement of pension to pensioners by public sector banks are followed scrupulously. 2. All INDIA Service officers retiring from Government of INDIA 5. The accounting procedure to be followed for payment of pension to All INDIA Service Officers retiring from Government of INDIA while on Central Deputation is given below: (a) PPO number for All INDIA Service Pensioners would incorporate, besides the 12.

7 Digit numeric component used for Central Civil pensioner, a prefix indicating the service and the state cadre to which the pensioner belongs. A sample PPO. number for an IAS Officer of Punjab cadre would be IAS/Pb/438840400191. (b) All INDIA Service Pensioners will have the option to draw pension only through the authorised banks. (c) The Special Seal Authority (SSA) issued by the CPAO would be in blue colour to distinguish it from authorities issued for Central Civil pensioners. In addition, the authority will indicate the State Government to which the payment is debitable.

8 (d) One copy of the SSA will be sent to the concerned Accountant General for information and record. (e) The concerned paying branches of the bank , after following the necessary procedure for identifying the pensioner, would release the payment and add the name of All INDIA Service Pensioner to the scrolls prepared for State Government Pensioners to be routed for reimbursement to the reimbursing branches of the RESERVE bank / State bank as the case may be. Such scrolls are NOT being handled under Single Window System of pension reimbursement for Central Government Civil Pensioners and should not therefore be sent to CPAO.

9 (f) The reimbursing branches would follow the procedure for the State Government Pensioners and send advice to RESERVE bank , CAS, Nagpur and the corresponding scrolls to the concerned Accountant General. (g) The RBI, CAS, Nagpur would debit the concerned State Government Account as per the procedure. Credit of pension to joint account 6. Various Central Government Ministries and State Governments have modified the scheme for payment of pension permitting credit of pension also to a joint account operated by pensioner with his/her spouse in whose favour an authorisation for family pension exists in the pension Payment Order (PPO).

10 The joint account of the pensioner with the spouse could be operated either by 'Former or Survivor' or 'Either or Survivor'. basis subject to the following terms and conditions: (a) Once pension has been credited to a pensioner's bank account, the liability of the government/ bank ceases. No further liability arises, even if the spouse wrongly draws the amount. (b) As pension is payable only during the life of a pensioner, his/her death shall be intimated to the bank at the earliest and in any case within one month of the demise, so that the bank does not continue crediting monthly pension to the joint account with the spouse, after the death of the pensioner. 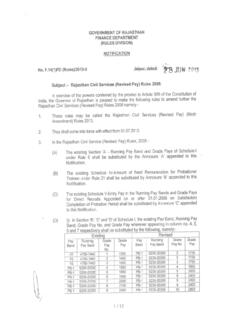 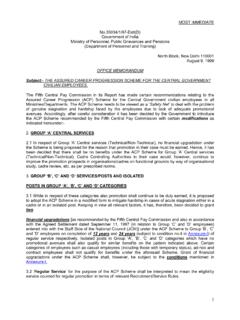 2 4. Introduction of the ACP Scheme should, however, in no case affect the normal (regular) promotional avenues available on the basis of vacancies. 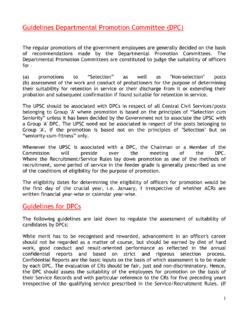 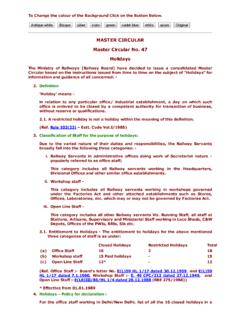 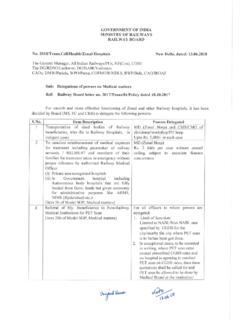 Ref: Railway Board letter no. 2017/Trans/01/P01icy dated 18.10.2017 For smooth and more effective functioning of Zonal and other Railway hospitals, it has been decided by Board (MS, FC and CRB) to delegate the following powers-

Board, Railways, Railway board 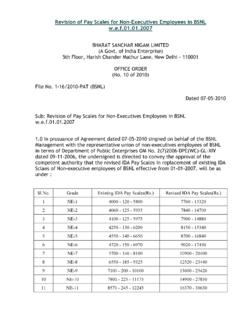 21 Revision of Pay Scales for Non-Executives Employees in … 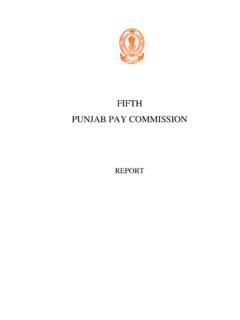 - v - • Risk allowance to be replaced by risk insurance cover for employees ranging from Rs. 5 lakhs to Rs. 15 lakhs. • One increment recommended for Group ‘C’ and ‘D’ employees for 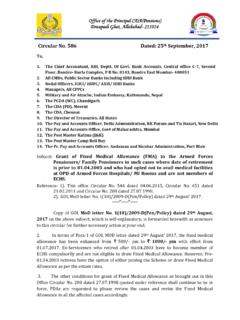 4. This circular has been uploaded on this office website www.pcdapension.nic.in for dissemination to all alongwith Defence pensioners and Pension Disbursing Agencies. 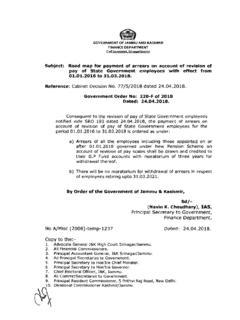 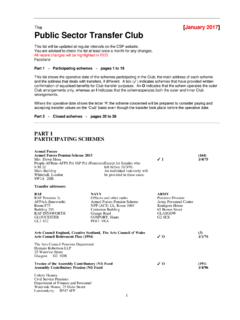 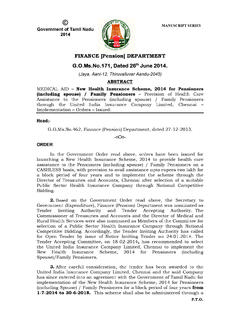