RESTRAINT OF TRADE CLAUSES IN EMPLOYMENT …

RESTRAINT OF TRADE CLAUSES IN EMPLOYMENT CONTRACTS. Introduction As is often the case with an employer/employee relationship, certain matters are best dealt with by way of contractual agreement. It provides both the employer and employee with the reassurance that the expectations and duties for each person is incorporated in a document which will be a valid basis for formal steps to be taken, should the need arise in future. To this extent, it is often the case that a medical practitioner wishes to protect his patient/client base and does so by including a RESTRAINT of TRADE clause in the agreement he enters into with a professional assistant or locum. A RESTRAINT of TRADE clause entails that, when the agreement between the parties come to an end, the professional assistant/ locum will not, for a certain period, be entitled to practice within a general area in which the medical practitioner practices.

(C) SAMA Copyright 2012 1 RESTRAINT OF TRADE CLAUSES IN EMPLOYMENT CONTRACTS Introduction As is often the case with an employer/employee relationship, certain matters ...

1 RESTRAINT OF TRADE CLAUSES IN EMPLOYMENT CONTRACTS. Introduction As is often the case with an employer/employee relationship, certain matters are best dealt with by way of contractual agreement. It provides both the employer and employee with the reassurance that the expectations and duties for each person is incorporated in a document which will be a valid basis for formal steps to be taken, should the need arise in future. To this extent, it is often the case that a medical practitioner wishes to protect his patient/client base and does so by including a RESTRAINT of TRADE clause in the agreement he enters into with a professional assistant or locum. A RESTRAINT of TRADE clause entails that, when the agreement between the parties come to an end, the professional assistant/ locum will not, for a certain period, be entitled to practice within a general area in which the medical practitioner practices.

2 This has the effect that, once an agreement comes to an end, the professional assistant/ locum, will not be able to open his/her own practice just down the road from the practice of the medical practitioner where they worked. The same principle applies where there are partners in a medical practice and one decides to leave the practice. There is always a risk that the partner leaving the practice, will take some clients/patients with him and debilitate the practice left behind with only a few patients still visiting the remaining medical practitioner. The matter of Wynberg vs Mervis comes to mind when dealing with RESTRAINT of TRADE CLAUSES . In the above matter, the safeguarding against competition in the future was found to be justifiable. Where one medical practitioner sold his practice to another, the validity of a RESTRAINT of TRADE clause was tested and the presiding Judge stated the following obiter dicta: I have never understood the laws to be that the purchaser of goodwill can protect himself from competition by the seller in respect only of existing clientele at the time of the contract of sale.

3 What the purchased is entitled to do is to protect himself against the seller's future competition in regards to activities normally falling within the confines of the type of business bought by the purchase. In the present type of case where the prime object of the purchaser of the goodwill is to protect himself against the future competition of the vendor, one is not concerned only with the persons who are the patients of the practice at the time of sale, but with potential patients.. We need to take note of the actual validity of such a clause in any contractual agreement, more so when medical practitioners and their practices are concerned. (C) SAMA Copyright 2012. 1. Even though a RESTRAINT of TRADE is a valid, justifiable and enforceable clause in a contract , we need to bear in mind that a contract will not be enforceable the moment it is deemed to be against public interest.

4 In our law he who makes the claim, has to prove it - hence the burden of proof. This entails that the party to the contract in which such a RESTRAINT of TRADE clause is present, can only claim that it is not enforceable, if he is able to prove that the clause is in fact, against public interest. This is however, not as easy as it sounds. The Court has to take into account all/any circumstances which existed at the time when the enforcement of the clause was required and not the circumstances present when the agreement was originally entered into. As in many matters, the Court has a very wide discretion in how to approach and define the enforceability of the RESTRAINT of TRADE clause. Things taken into account by a Court are: Is the area referred to in the RESTRAINT of TRADE clause too big/wide? Are the exclusions regarding scope of practice/activities too wide/big?

5 Reasonability of the period of the RESTRAINT As with every case before a Court of Law in our country, every case will be judged on it's own merit, although previous case law and relevant judgements will add to the judgement being consistent with current law and previous precedents formed in this regard. Case Law There are two recent Appellate Court Decisions which shed more light on the above mentioned issue, especially with regard to the approach where the Appeal court seemed to provide a new set of guidelines against which a RESTRAINT of TRADE agreements are to be interpreted. These two matters are Automotive Tooling Systems v Wilkens (2006) SCA 128 (RSA) and Reddy v Siemens (2006) SCA 164 (RSA). Both dealt with the enforcement of a RESTRAINT of TRADE agreement where an employee left his current employer to work for a competitor.

6 In the Automotive Tooling Systems matter, an employee resigned and went to work for a direct competitor of his former employee. In assessing the validity and enforceability of the contracts' RESTRAINT of TRADE provisions, the court focused on the skill, expertise and "know how" of the employees and considered whether or not that skill, expertise and "know how" vested in the employer or the employees. (C) SAMA Copyright 2012. 2. The court ruled it was clear that the relevant skills and know how vested in the employees and accordingly did not constitute TRADE secrets or confidential information of the employer. The court relied upon the rights of the employees to earn a living using their general stock of skill and know how. Accordingly, the court required the employer to show that the employees were in possession of confidential or proprietary information that warranted protection.

7 Indeed, the court went so far as to state that the employer's inability to distinguish between information proprietary to it and the general knowledge and skill of its employees should not be allowed to prejudice its own ex-employees when they sought EMPLOYMENT with competitors. Although the employees held specialised skills, the court found that the RESTRAINT of TRADE agreements were not enforceable and that the skill sets which the employer sought to protect were in fact part of the employees' general stock of skill and knowledge. Preventing them from exploiting such skill sets would accordingly be contrary to public policy. The employees were consequently permitted to work for employee's competitor. In the matter of Reddy, the appellant, formerly employed by Siemens Telecommunications, applied for a job with Ericsson. He would not deal with the same customers as he did when employed by Siemens, although, in general terms, Siemens and Ericsson were competitors in the same market.

8 The threat of Siemens's existing customers taking their business to Ericsson as a result of Reddy's change of employers was not present. In this case, too, the court studied the appellant's knowledge and skills. However, in the Reddy case, the employee was held to possess information that was confidential and proprietary to his ex-employer. He had attended numerous training courses, as a result of which his skills and know-how related specifically to his ex-employer's products and systems. Once again the court balanced the importance of ensuring that contracts are enforced when they are freely and willingly entered into against the right of every citizen freely to choose his or her TRADE , occupation or profession. It weighed up the interests of the employer and the employee, after which it made a value- judgement as to whether or not the RESTRAINT was enforceable, at the end of which it was satisfied that the contract 's RESTRAINT of TRADE CLAUSES did not, in contrast to the Automotive Tooling matter, preclude the employee from using his skills and abilities.

9 Rather, the clause in question sought to restrict the employee's choice of new employer. The employee was thereby restrained from taking up EMPLOYMENT with Ericsson. (C) SAMA Copyright 2012. 3. The court concluded that he was indeed in possession of TRADE secrets and confidential information, which, if disclosed to his new employer, could be used to the disadvantage of his old employer. The mere risk of disclosure of the relevant information justified its decision to prevent the employee's EMPLOYMENT with Ericsson. The employee was required to honour the agreement he had entered into freely and voluntarily with his previous employer and, accordingly, could not work for Ericsson. In assessing the two judgments together, a new approach to the analysis and interpretation of RESTRAINT of TRADE agreements is potentially evident; that it is not the mere acceptance of EMPLOYMENT with a competitor that a RESTRAINT should seek to prevent but, rather, the transfer of skills and information proprietary to an existing employer.

10 Although, therefore, restraints of TRADE agreements remain enforceable, the courts appear to be beginning to insist that they are crafted in a far narrower and more specific manner than in the past, failing which they will be rejected and held to be against public policy. The South African Constitution Section 22 of Chapter 2: Bill of Rights provides every person in South Africa with the right to choose his or her TRADE , occupation or profession freely. This provides a conundrum, because there are laws governing TRADE and contractual agreements between parties, but the Constitutional right of a party to an agreement can't be overshadowed by national legislation. No law can restrict a person's right in terms of Section 22, expect if it is done in terms of Section 36. of the Constitution. But in this regard, there are also many qualifying factors which are taken into account before Section 36 can be applied successfully. 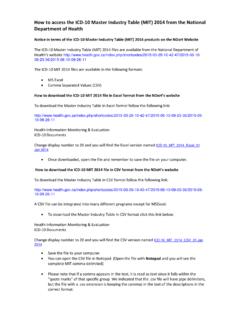