3 When this happens, the haemoglobin is divided into two parts; haem and globin. Haem is toxic to the malaria parasites. They protect themselves from it by producing a substance that converts the haem into a compound called haemozoin, which is not toxic to the parasites. artemether and lumefantrine both work by interfering with the ability of the malaria parasite to convert haem into haemozoin. This causes levels of the toxic haem to increase and helps to stop the infection. How are RIAMET 20 mg/ 120 mg dispersible tablets used? The DISPERSIBLE tablet(s) should be dropped into a glass of water (approximately 10mL per tablet). and the mixture stirred until the tablet dissolves completely. The entire contents of the glass should be drunk and then a little water should be added to what is left in the glass and that should also be drunk.

4 Six doses of RIAMET are taken over 3 days. The first dose should be taken as soon as possible and should be followed by five further doses 8, 24, 36, 48 and 60 hours after the first dose. The dose of RIAMET given will depend upon the weight of the child. MHRA PAR RIAMET 20 mg/ 120 mg dispersible tablets (PL 00101/0957) -2- Please read section 3 of the package leaflet for detailed information on dosing recommendations and how to take RIAMET . The medicine can only be obtained with a prescription. What benefits of RIAMET 20 mg/ 120 mg dispersible tablets have been shown in studies? In tests RIAMET 20 mg/ 120 mg dispersible tablets have been shown to release artemether and lumefantrine in the body in the same way as the reference product, RIAMET 20 MG/120 mg TABLETS , which has been authorised in the UK since 1999. Tests also showed that the DISPERSIBLE TABLETS are as effective and safe to use as the reference product.

5 In addition, a test was carried out to ensure that when the DISPERSIBLE TABLETS are dissolved in water they have a taste that is acceptable to patients. The benefits of RIAMET 20 mg/ 120 mg dispersible tablets are, therefore, taken as being the same as those of the reference medicine. What are the possible side effects from RIAMET 20 mg/ 120 mg dispersible tablets ? The most common side effects with RIAMET , which affect more than 1 in 10 people, are a fast heartbeat, headache, dizziness, cough, being sick (vomiting), stomach pain, feeling sick (nausea), joint or muscle ache, loss of appetite, general weakness, tiredness and difficulty sleeping. For the full list of all side effects reported with RIAMET , see section 4 of the package leaflet. For the full list of restrictions, see the package leaflet. Why are RIAMET 20 mg/ 120 mg dispersible tablets approved?

6 The MHRA decided that RIAMET 's benefits are greater than their risks and recommended that they be approved for use. What measures are being taken to ensure the safe and effective use of RIAMET 20 mg/ 120 mg dispersible tablets ? Suitable safety information has been included in the Summary of Product Characteristics and package leaflet for RIAMET , including the appropriate precautions to be followed by healthcare professionals and patients. Known side effects are continuously monitored. Furthermore new safety signals reported by patients/healthcare professionals will be monitored/reviewed continuously. Other information about RIAMET 20 mg/ 120 mg dispersible tablets The marketing authorisation for RIAMET was granted on 13 April 2012. For more information about treatment with RIAMET , read the package leaflet or contact your doctor or pharmacist.

8 Which was first authorised to Novartis Pharmaceuticals UK Ltd on 30 November 1999. This application relates to a DISPERSIBLE tablet formulation of RIAMET , indicated for the treatment of acute uncomplicated Plasmodium falciparum malaria in infants and children weighing 5 kilograms (kg) to less than 35 kg. It is a line-extension application, as the RIAMET tablet is already approved in this indication in this patient population. RIAMET 20 mg/ 120 mg dispersible tablets contain the active ingredients artemether and lumefantrine in a fixed ratio of 1:6 parts, respectively. Both of the active ingredients belong to the medicinal pharmacotherapeutic group, anti-malarials, blood schizontocide (ATC code: P01 BE52). This application relates to a new pharmaceutical form of an approved medicinal product for use in the paediatric population.

9 It has been considered under Article 16(1) of Regulation (EC) No 1901/2006, Article 20 (deferral request) and Article 13 of said regulation by the European Medicines Agency (EMA). The EMA agreed a paediatric investigation plan (PIP) and to grant a deferral and a waiver for artemether /lumefrantine in accordance with Regulation (EC) No 1901/2006 of the European Parliament and of the Council. The EMA decision (EMEA-000777- PIP01-09) was published on 21 September 2010. The site of antiparasitic action of artemether and lumefantrine is the food vacuole of the malarial parasite, where they are thought to interfere with the conversion of haem, a toxic intermediate produced during haemoglobin breakdown, to the non-toxic haemozoin, malaria pigment. lumefantrine is thought to interfere with the polymerisation process, while artemether generates reactive metabolites as a result of the interaction between its peroxide bridge and haem iron.

10 Both artemether and lumefantrine have a secondary action, involving inhibition of nucleic acid and protein synthesis within the malarial parasite. The anti-malarial activity of the combination of lumefantrine and artemether in RIAMET 20 MG/120 . mg DISPERSIBLE TABLETS is greater than that of either substance alone. No new non-clinical studies were submitted with this application, which is acceptable given that the product is a line-extension of an approved product licence containing a well-known active substance. The clinical studies were conducted in accordance with Good Clinical Practice (GCP). No new or unexpected safety concerns were raised during the assessment of this application and it was, therefore, judged that the benefits of using RIAMET 20mg/120mg DISPERSIBLE TABLETS outweigh the risks; hence a Marketing Authorisation has been granted. 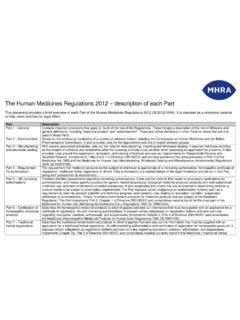 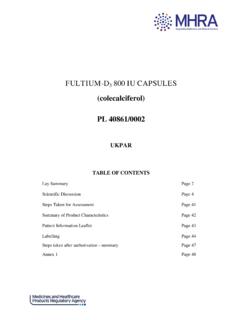 Vitamin D deficiency, with levels of 25(OH)D below 25nmol/L (10ng/ml), could result in the disease rickets (or osteomalacia). The disease resulting as a deficiency is considered to be due to malabsorption 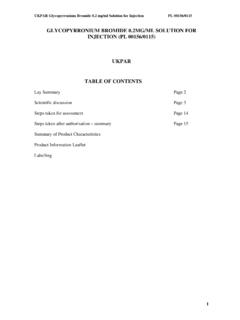 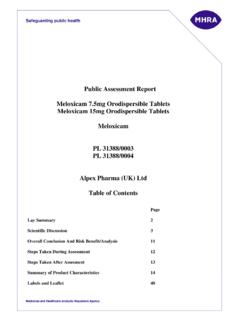 PL 31388/0003-4 UKPAR Alpex Pharma (UK) Ltd, Meloxicam 7.5mg and 15mg Orodispersible Tablets 3 Scientific Discussion INTRODUCTION Based on the review of the data on quality, safety and efficacy, the UK granted 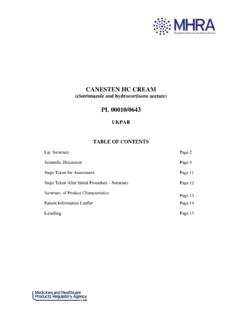 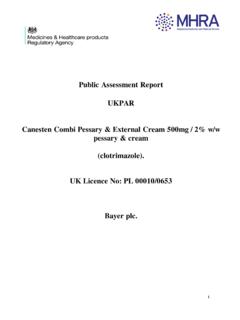 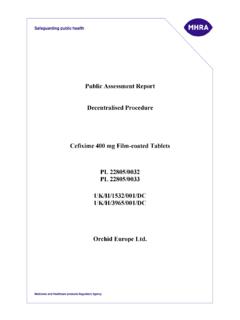 Guideline on pharmaceutical development of …

of January 2007, the “Paediatric Regulation” entered into force (Regulatio n EC No 1901/2006 of the European Parliament and of the Council, amending regulation EEC No 1768/92, 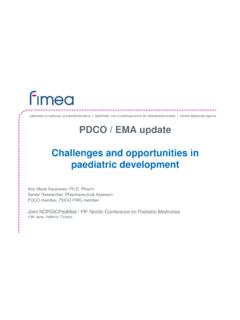 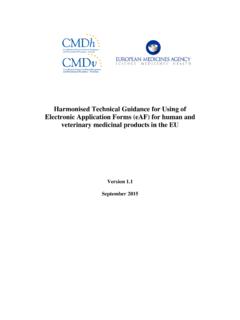 Harmonised Technical Guidance for Using of … 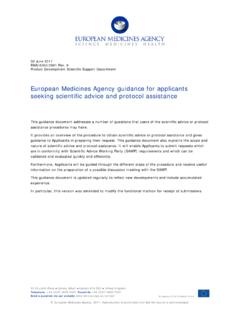 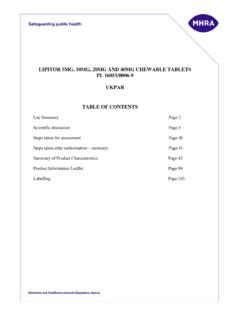