4 Or (iii) a degree which is the equivalent of the baccalaureus legum degree and in respect of which an exemption contemplated in section 2 of the Recognition of Foreign Legal Qualifications and Practice Act, 1993 ( Act 114 of 1993 ), has been granted; or (b) a certificate issued by the secretary of the law society of which the applicant is a member, to the effect that the applicant has been practising as an attorney or has been performing community service as an attorney at any law clinic, for a continuous period of not less than three years; and (c) a certificate signed by the secretary of the said law society to the effect that no proceedings to strike the applicant's name off the roll of attorneys, or to suspend him or her from practice as an attorney, have been instituted by that law society. (2) If the registrar is satisfied that an application referred to in subsection (1).

7 (2) An attorney who contravenes subsection (1) shall be guilty of an offence and on conviction liable to a fine or to imprisonment for a period not exceeding two years, or to both such fine and such imprisonment, and any contravention of that subsection by an attorney shall, in addition, constitute unprofessional conduct. 7 Short title and commencement This Act shall be called the RIGHT of APPEARANCE in COURTS Act, 1995, and shall come into operation on a date fixed by the President by proclamation in the Gazette . 2005 Juta and Company, Ltd. http://juta/ 2009/06/05. 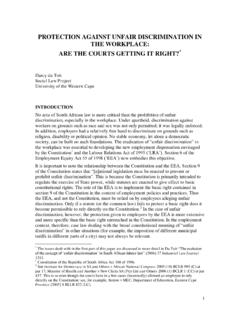 1 PROTECTION AGAINST UNFAIR DISCRIMINATION IN THE WORKPLACE: ARE THE COURTS GETTING IT RIGHT?* Darcy du Toit Social Law Project University of … 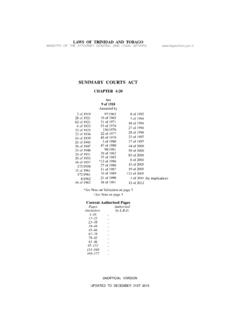 LAWS OF TRINIDAD AND TOBAGO …

LAWS OF TRINIDAD AND TOBAGO Summary Courts Chap. 4:20 3 L.R.O. Note on Validation A. Part VIII of the Act All acts and things done or purported to be done or omitted to be done by any

GENERAL DISTRICT COURT MANUAL Chapter 3 Page 3 Office of the Executive Secretary Department of Judicial Services Rev: 7/17 or, in misdemeanor cases, a DC-319, SUMMONS is issued by the magistrate, who then proceeds to set the date for the first court appearance. 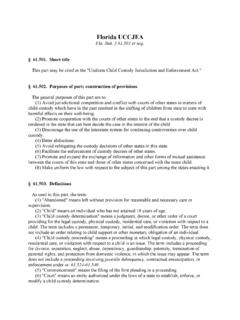 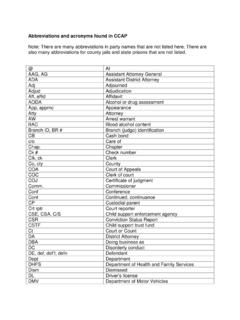 Abbreviations and acronyms found in CCAP @ At …