7 The so-called bulldog nose was a machined flywheels, and multi-link drivetrain for trouble free distinguishing feature of the locomotive's appearance, and made operation a lasting impression in the mind of the traveling public. All-wheel drive with precision gears for smooth and quiet operation The F-units were the most successful first generation road All-wheel electrical pickup provides reliable current flow (main line) diesel locomotives in North America, and were Wheels with RP25 contours operate on all popular brands of track largely responsible for superseding steam locomotives in road LEDs for realistic appearance freight service. Before this, diesel units were mostly only built as Blomberg-B trucks switcher locomotives, and only used in rail yards. Heavy die-cast frame for greater traction and more pulling power F-units were sometimes known as covered wagons , due to the Packaging securely holds for the model similarity in appearance of the roof of an F-unit to the canvas for safe storage roof of a Conestoga wagon, an animal-drawn wagon used in the Replacement parts available westward expansion of the United States during the late 18th Minimum radius: 18.

8 And 19th centuries. When a train's locomotive consist included only F-units, the train would then be called a wagon train. These PRIMED FOR GRIME MODELS FEATURE: two usages are still popular with the railfan community. Duplicated look and feel of In Service . equipment; Tattered and Torn just like the This page is based on the copyrighted Wikipedia article EMD real thing F-unit ; it is used under Faded base colors matched to the prototype #Ready2 Rust the Creative Commons Attribution-ShareAlike Unported Patches applied and shaped per road License (CC-BY-SA :CCBYSA). number matching each corresponding side to the prototype You may redistribute it, verbatim or modified, providing that you Perfect starting point for adding grime and rust comply with the terms of the CC-BY-SA. w/o Sound $ With Sound $ These items are subject to Horizon's MAP policy Visit Your Local Retailer | Visit | Call 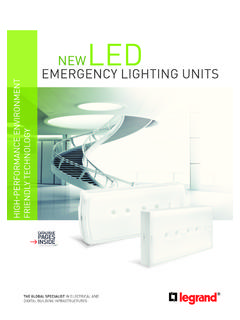