From the Transactions of the Bristol and Gloucestershire Archaeological Society Roman dymock : Archaeological Investigations 1995 -2002, introduction by Toby Catchpole, Tim Copeland and Ann Maxwell 2007, Vol. 125, 131-136. The Society and the Author(s). 04_BGAS125_131-246 16/11/07 15:49 Page 131. Trans. Bristol & Gloucestershire Archaeological Society 125 (2007), 131 245. Roman dymock : Archaeological Investigations 1995 2002. This set of papers brings together the results of recent work on Roman dymock . An introductory essay, which covers geophysical surveys of the course of a Roman road, is followed by the reports on the excavations at the Sewage Treatment Works in 1995 and on land adjacent to the Rectory in 2002.

From the Transactions of the Bristol and Gloucestershire Archaeological Society Roman Dymock: Archaeological Investigations 1995-2002, Introduction by …

1 From the Transactions of the Bristol and Gloucestershire Archaeological Society Roman dymock : Archaeological Investigations 1995 -2002, introduction by Toby Catchpole, Tim Copeland and Ann Maxwell 2007, Vol. 125, 131-136. The Society and the Author(s). 04_BGAS125_131-246 16/11/07 15:49 Page 131. Trans. Bristol & Gloucestershire Archaeological Society 125 (2007), 131 245. Roman dymock : Archaeological Investigations 1995 2002. This set of papers brings together the results of recent work on Roman dymock . An introductory essay, which covers geophysical surveys of the course of a Roman road, is followed by the reports on the excavations at the Sewage Treatment Works in 1995 and on land adjacent to the Rectory in 2002.

2 The concluding papers consider the origins and function of the Roman settlement, the regional context and future research directions. introduction By TOBY CATCHPOLE, TIM COPELAND and ANN MAXWELL. The village of dymock , centred on OS Nat. Grid SO 703312, is situated in north-west Gloucestershire, between Newent and Ledbury and on the southern edge of the floodplain of the river Leadon. dymock parish is bounded on the west by Kempley, Gloucestershire. To the north its parish extends to the Herefordshire boundary and kilometres to the east the course of the Leadon was until 1931 the boundary between Gloucestershire (Pauntley) and Worcestershire (Redmarley D'Abitot).

3 The central area of the village is situated on an outcrop of Lower Old Red Sandstone. This is overlain by scattered patches of sand and gravel deposits of the Third (Main) Severn River Terrace. Alluvium overlies local deposits in the floodplain of the Leadon and its tributaries (Worssam et al. 1989). The parish church of St Mary is situated on the highest point towards the east end of the present village. It is thought that dymock is a Welsh name and that the first syllable is from the Welsh d n, meaning fort' (although Ekwall offered the Welsh ty', meaning house'), followed by moch, meaning swine' (Smith 1964, 168).

4 That the village has Saxon origins is evidenced by the fabric of St Mary's church. Although substantially rebuilt in the early Norman period, the church retains some Anglo-Saxon fabric in the lower parts of its walls. In Domesday Book the manor of dymock is recorded as having a substantial population. Although a failed borough in the early 13th century (Finberg 1957), the village grew during the medieval period before declining from the 14th century onward, possibly as a result of economic competition from nearby Newent and Ledbury. Iron-Age Period dymock is likely to have Iron-Age origins (Millet 1990, 35), but clear evidence for pre- Roman activity in the area is limited.

7 A gold-plated stater, inscribed EISV and probably a contemporary forgery, was found just east of the village in 2006 (D. Sherratt pers. comm. to Maxwell). A copper- alloy zoomorphic fragment of a late Iron-Age or early Roman probable bucket mount was found within the village in 2003. Children and Nash (1994, 83) suggest that Iron-Age coins found in Herefordshire often in later, Roman , contexts have been curated. Indeed, it has been suggested that no coins were used in Herefordshire before the Roman conquest (Stanford 1991, 75). There are five Iron-Age hillforts within a 10-kilometre radius north of dymock and another five within 15 kilometres.

8 The nearest is Haffield Camp in Donnington, Herefordshire, 04_BGAS125_131-246 16/11/07 15:49 Page 133. Roman dymock : introduction 133. kilometres away. A small, triple-ditched, irregular enclosure located in the adjacent parish of Bromesberrow is considered likely to have been a substantial settlement of Iron Age date' (Bowden 2005, 27). Cropmarks visible on an oblique air photograph taken in the 1950s (National Monuments Record, WAB 11624/268, SO 7031/8) show possible Iron-Age enclosures in dymock , east of the village and the cricket field. A small amount of pre- Roman rock-tempered pottery was found at the Rectory site (see Brown and Timby, below), but the occurrence of this material alongside Severn Valley wares in a number of contexts suggests that it represents a continuation of native traditions of pottery manufacturing into the early part of the Roman period rather than indicating the presence of a late Iron-Age settlement.

9 Roman Period Communications The Ravenna Cosmography indicates that the road which ran from Magnis (Kenchester) to Glevum (Gloucester) passed through two now unlocated places, Epocessa and Macatonium. Gethyn-Jones (1966, 11) identified Epocessa as Stretton Grandison, Herefordshire, and suggested that Macatonium may have been the settlement at dymock . The name Macatonium' was suggested by Rivet and Smith (1979, 405) to be of British derivation, meaning place on the noble river'. If correct, a location by the Wye may perhaps be more likely than one by the Leadon.

10 The Ravenna Cosmography was drawn up from a variety of sources and is known to be extremely corrupted through repeated copying, so that all names uncorroborated from other sources are suspect (Jones and Mattingly 1990, 29). The lack of evidence for a 3rd- and 4th-century occupation at dymock may well indicate that it was not a settlement of sufficient significance to be recorded in contemporary Roman itineraries, although if it had indeed been deliberately founded or had a role in the Cursus Publicus (see Catchpole, discussion of the sewage treatment works excavations, below). 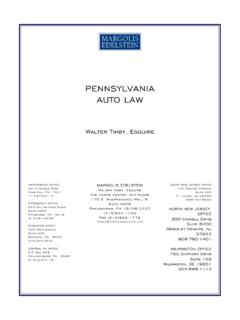 CORRESPONDENCE COURSE OF THE U.S. ARMY MEDICAL DEPARTMENT CENTER AND SCHOOL SUBCOURSE MD0910 INTRODUCTION TO PRACTICAL NURSING INTRODUCTION The purpose of this subcourse is to introduce you to the ASI M6, Practical Nurse.