3 ** On 12 December 2005, the C' shares were converted into redeemable participating preference shares in the COMPANY at a ratio of redeemable participating preference shares for each C' share, in accordance with the conversion method in the Placing and Offer for Subscription Document. 1 annual Financial report RUFFER INVESTMENT COMPANY LIMITED . Chairman's Review Performance The COMPANY 's INVESTMENT portfolio earned a positive total return of in the year to 30 June 2011. This is calculated after all expenses of management and allowing for the payment of dividends totalling per share. The target rate of return, derived from the COMPANY 's INVESTMENT objective, for the year was , being twice the Bank of England base rate for the period.

4 Further details are given in the INVESTMENT Manager's report on page 11. The COMPANY 's Net Asset Value ( Nav ) at 16 September 2011 was The Board remains confident in the ability of the INVESTMENT Manager to achieve the COMPANY 's objectives in the current market conditions. Earnings and Dividends Earnings for the year were per share on the revenue account and per share on the capital account. In the course of the year dividends totalling per share were paid. A final dividend of per share in respect of the year to 30 June 2011 was approved on 23 September 2011 and will be paid on 28 October 2011.

5 Share Issuance In September 2010 the Board organised a placing which was timed to coincide with the inclusion of the COMPANY in the FTSE All Share Index. This placing, which raised 50 million of additional capital for the COMPANY , was fully subscribed. A total of 26,595,744 shares were issued at 188p which represented a 2%. premium over the prevailing NAV, thus enhancing value for our existing shareholders whilst also reducing the Total Expense Ratio and providing better liquidity in the COMPANY 's shares. I am very pleased to report that the COMPANY duly became a constituent of the FTSE All Share Index on 20 September 2010.

7 Therefore, the total voting rights in the COMPANY at the date of this report were 130,388,418. annual General Meeting The annual General Meeting (AGM) of the COMPANY will be held at on Thursday 24 November 2011 at the COMPANY 's registered office at Trafalgar Court, Les Banques, St Peter Port, Guernsey. Share Buyback Authority Despite the shares trading at a premium to NAV, aside from very short periods, for most of the year to 30 June 2011, the Board has resolved to seek, at the AGM on 24 November 2011, a renewal of its authority to buy back shares at a discount to NAV in the terms to be stated in a Special Resolution.

8 No shares have been bought back under authorizations granted at previous AGMs. Share Redemption Facility The COMPANY has a Redemption Facility operable in November each year. Given the fact that the COMPANY has been trading at a premium to its Net Asset Value for most of the previous year the Board has resolved not to offer this Facility in November 2011. Directors In closing, and on behalf of my fellow directors, I would like to pay special tribute to my predecessor as Chairman, John de Havilland, who steered the COMPANY with great tact and skill from its inception in 2004. until his retirement upon attaining the age of 73 in April this year.

9 On 24 February 2011 the directors were pleased to welcome John Baldwin as a non-executive director of the COMPANY . Ashe Windham Chairman 23 September 2011. annual Financial report 2. RUFFER INVESTMENT COMPANY LIMITED . Directors The COMPANY has six non-executive directors, all of whom except Wayne Bulpitt and Peter Luthy, are independent of the Manager and details of whom are set out below. Ashe Windham, CVO, aged 54 and a resident of the United Kingdom. He joined Barclays de Zoete Wedd ( BZW'') in 1987 as an institutional equities salesman and was appointed a director of BZW's Equities Division in 1991.

10 He joined Credit Suisse First Boston in 1997 when they acquired BZW's equities business. In 2004 he joined Man Investments as Head of Internal Communications and in 2007 became Man Group's Global Head of Internal Communications. In June 2009 he resigned from Man Group plc to set up a private family office. Mr Windham was appointed to the Board on 24 February 2009. Wayne Bulpitt, aged 49 and a resident of Guernsey. He is managing director and principal of Active Group LIMITED . He was formerly Head of Offshore INVESTMENT Services for Canadian Imperial Bank of Commerce, Global Private Banking & Trust division (1998-2001) and Managing Director of CIBC Fund Managers (Guernsey) LIMITED (1992-1998). 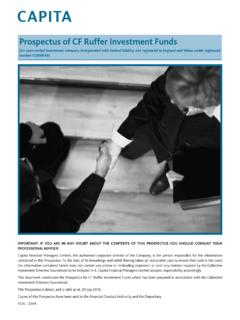 CFA charterholder and is co-manager of Ruffer Investment Company. Ruffer LLP The Ruffer Group manages investments on a discretionary basis for private clients, trusts, charities and pension funds. As at 30 November 2021, assets managed by the group exceeded £23.7bn. 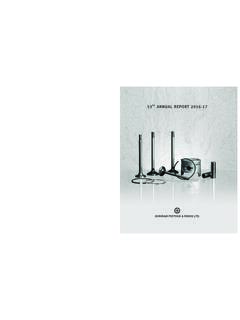 Annual, Report, Annual report, Account, Creditors, Board, Board of directors 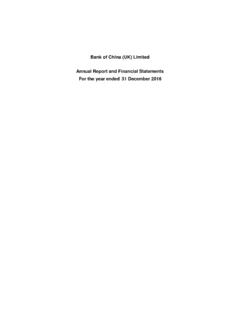 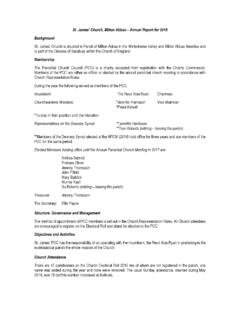 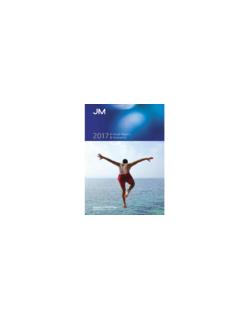 This report is printed on paper sourced from responsibly managed forests, certified in accordance with the FSC® (Forest Stewardship Council) and is recyclable and acid-free.

3 2017 ANNUAL REPORT Fellow Shareholders, We write this letter having achieved record-setting performance for the last 5 years by doing what we do best: gathering deposits, making smart loans, diversifying our business, and 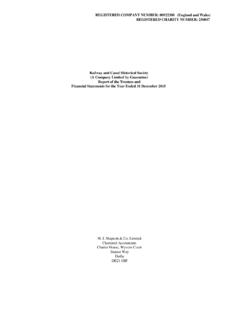