Sacred Trees of Norway and Sweden

Sacred Trees OF Norway AND Sweden : A FRILUFTSLIV QUEST. Douglas Forell Hulmes Professor of Environmental Studies Prescott College 220 Grove Avenue Prescott, AZ 86303 Arizona, Prepared for: Henrik Ibsen: The Birth of Friluftsliv . A 150 Year International Dialogue Conference Jubilee Celebration North Troendelag University College, Levanger, Norway Mountains of Norwegian/Swedish Border September 14-19, 2009. 1. Sacred Trees OF Norway AND Sweden : A FRILUFTSLIV QUEST. Abstract What began as a curiosity about the traditions and folklore related to Trees planted in the center of many farms in Norway , Tuntre , and Sweden , V rdtr d , led me to a recognition of a tradition that can still be observed in the cultural landscape today.

2 SACRED TREES OF NORWAY AND SWEDEN: A FRILUFTSLIV QUEST Abstract What began as a curiosity about the traditions and folklore related to trees planted in the center

1 Sacred Trees OF Norway AND Sweden : A FRILUFTSLIV QUEST. Douglas Forell Hulmes Professor of Environmental Studies Prescott College 220 Grove Avenue Prescott, AZ 86303 Arizona, Prepared for: Henrik Ibsen: The Birth of Friluftsliv . A 150 Year International Dialogue Conference Jubilee Celebration North Troendelag University College, Levanger, Norway Mountains of Norwegian/Swedish Border September 14-19, 2009. 1. Sacred Trees OF Norway AND Sweden : A FRILUFTSLIV QUEST. Abstract What began as a curiosity about the traditions and folklore related to Trees planted in the center of many farms in Norway , Tuntre , and Sweden , V rdtr d , led me to a recognition of a tradition that can still be observed in the cultural landscape today.

2 The tradition can be traced as far back as the Viking period, and directly linked to the mythology of the World tree , Yggdrasil. I have been studying these traditions as they relate to the field of environmental education as an example of mythopoetic stories and folklore that influence moral and ethical regard for nature. Two areas that I feel are relevant to perspectives of Friluftsliv are: *How does the mythology and folklore of a culture influence their perception of place? *How does ecological knowledge of a landscape compare with kjennskap , or what is Sacred in a landscape?

3 Key Words: Tuntre/V rdtr d , Cultural Landscape, Mythopoetic traditions, Kjennskap , Sacred . Introduction: A special tradition that is shared by many Scandinavians is the planting or the knowing of a special tree in Swedish called a V rdtr d , and in Norwegian a Tuntre ; a Sacred tree planted in the center of the yard on a family farm that reflects an intimacy with place. The caring for the tree demonstrates respect for ancestors spirits that were/are believed to reside in the tree , and is a moral reminder of caring for the farm or place where one lives. One Norwegian told me that the tuntre provided a direct connection with the nature spirits that lived underground at his farm.

4 The tradition of Sacred Trees in Scandinavia goes back to the pre-Christian Viking Age, and likely long before that. Remarkably, it is a tradition that can still be seen as part of the cultural landscape throughout the Scandinavian countries. 2. I am continuing my research in Norway and Sweden of this fascinating tradition. I sense that many Scandinavians are no longer aware of this tradition and that in another generation many of the beliefs and the Trees themselves may disappear. So far, I have found some evidence of this tradition being brought to America, in the form of photographs, letters, and e-mails about Trees planted on farms.

5 I am limited in my ability to read and translate most of what has been written about this tradition in Norwegian and Swedish; however, I have thoroughly enjoyed the challenge, and have huge respect for my colleagues who speak several languages. There is very little about the tradition that has been translated into English. I have contacted numerous colleges and universities with Scandinavian Studies programs, and only two professors have written about their familiarity with the tradition. Dr. James K. M. Kaplan, from Minnesota State University Moorhead knew of the tradition, and Dr.

6 Kathleen Stokker, Professor of Scandinavian Studies at Luther College, said that she was very interested in my research and believes the tradition and ecological and moral connections that I have made are right on. She was familiar with the tradition in Scandinavia but was not aware of actual examples of it occurring in America. I have included several quotes and poems from the books, Svenska V rdtr d , by Gustaf Ewald, and Tr den och M nniskan , by Allan Gunnarsson that I have attempted to translate. A new book that I have not had the opportunity to read, Gastekar och V ckefuror, by ke Carlsson and Eva-Lena Larsson, was sent to me by a very kind friend and professor from the University College of Kristianstad, Dr.

7 Johan Elmberg, who said that as soon as he saw the book he thought of me and my research. I have asked a Swedish woman living in my hometown to assist me with some of the translation. Her first response after reading a poem and three paragraphs that I gave her was: This will be very challenging. I am not familiar with the tradition and I don t even know what some of these words mean; many of the quotations are gammal svenska (old Swedish) or a dialect that I am unfamiliar with. I also know there are many other sources that I have not yet had the possibility to read in Norwegian.

8 My sincere apologies to the authors and Swedish and Norwegian speakers if I have made any gross errors! I. will be sharing this paper with the Nordic Heritage Museum in Seattle (Ballard), Washington, 3. and would appreciate your suggestions on the content and accuracy of my research. To be I. Mythological Origins of Trees : The ancient tribes and cultures that are the ancestors of contemporary cultures and civilization created myth to help explain the natural world and humans place in nature. It is interesting to note that a great many mythologies have a tree or column or mountain at the center of the world.

9 The Scandinavians identification with a great tree reflects their geographical location within the boreal forests of Northern Europe: More specifically, the symbol of three cosmic regions connected by a tree that we find in Norse mythology also appears in Vedic Indian and Chinese mythologies. (Crossley-Holland, 1980, p. xxiv). Classical Greek mythology also describes three women of fate, similar to those within the Norse Pantheon, in association with the tree of life. As civilizations evolved, human speculation of ourselves and the world around us gradually transcended into philosophy, religion, and science.

10 Each influencing the other as individuals of learning often considered all three together. It is unfortunate that most people educated today have little understanding of ancient history as it relates to the relationships and successions from myth to philosophy, religion, and science, not to mention an understanding of how humans impacted their environments, and how environments and ecology influenced history. 1. Yggdrasil: tree of Life and Wisdom from the Edda (Grandmother Saga). Yggdrasil: The World tree of Norse Mythology At the end of the World, the great Ash tree Yggdrasil (Or, according to some interpretations, the great tree trembles but does not die). 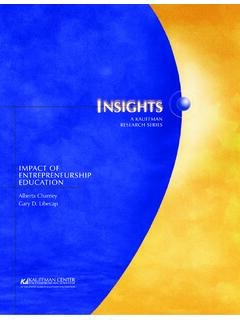 Alberta Charneyis a researcher in the Economic and Business Research Program at the Eller College of Business and Public Administration. She has been with the University of Arizona … 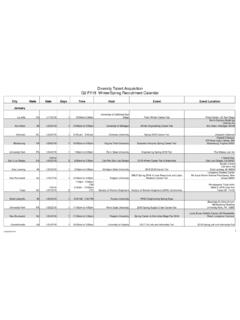 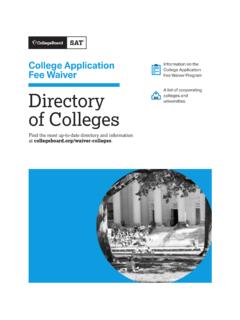 the fee waiver request is included in the online system as part of the application process. You will be notiied at the time you apply online if you qualify for the fee waiver. 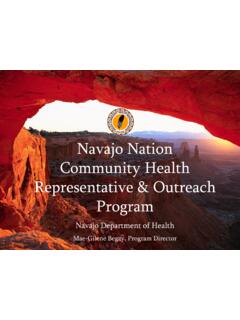