Safe Sleep and Skin-to-Skin Care in the Neonatal …

CLINICAL REPORT Guidance for the Clinician in Rendering pediatric care safe Sleep and Skin-to-Skin care in the Neonatal Period for Healthy Term Newborns Lori Feldman-Winter, MD, MPH, FAAP, Jay P. Goldsmith, MD, FAAP, COMMITTEE ON FETUS. AND NEWBORN, TASK FORCE ON SUDDEN INFANT DEATH SYNDROME. Skin-to-Skin care (SSC) and rooming-in have become common practice in the abstract newborn period for healthy newborns with the implementation of maternity care practices that support breastfeeding as delineated in the World Health This document is copyrighted and is property of the American Organization's Ten Steps to Successful Breastfeeding. SSC and rooming-in Academy of Pediatrics and its Board of Directors. All authors have are supported by evidence that indicates that the implementation of these led con ict of interest statements with the American Academy of Pediatrics.

1 CLINICAL REPORT Guidance for the Clinician in Rendering pediatric care safe Sleep and Skin-to-Skin care in the Neonatal Period for Healthy Term Newborns Lori Feldman-Winter, MD, MPH, FAAP, Jay P. Goldsmith, MD, FAAP, COMMITTEE ON FETUS. AND NEWBORN, TASK FORCE ON SUDDEN INFANT DEATH SYNDROME. Skin-to-Skin care (SSC) and rooming-in have become common practice in the abstract newborn period for healthy newborns with the implementation of maternity care practices that support breastfeeding as delineated in the World Health This document is copyrighted and is property of the American Organization's Ten Steps to Successful Breastfeeding. SSC and rooming-in Academy of Pediatrics and its Board of Directors. All authors have are supported by evidence that indicates that the implementation of these led con ict of interest statements with the American Academy of Pediatrics.

2 Any con icts have been resolved through a process practices increases overall and exclusive breastfeeding, safer and healthier approved by the Board of Directors. The American Academy of transitions, and improved maternal-infant bonding. In some cases, however, Pediatrics has neither solicited nor accepted any commercial involvement in the development of the content of this publication. the practice of SSC and rooming-in may pose safety concerns, particularly Clinical reports from the American Academy of Pediatrics bene t from with regard to Sleep . There have been several recent case reports and case expertise and resources of liaisons and internal (AAP) and external series of severe and sudden unexpected postnatal collapse in the Neonatal reviewers. However, clinical reports from the American Academy of Pediatrics may not re ect the views of the liaisons or the organizations period among otherwise healthy newborns and near fatal or fatal events or government agencies that they represent.

3 Related to Sleep , suffocation, and falls from adult hospital beds. Although The guidance in this report does not indicate an exclusive course of these are largely case reports, there are potential dangers of unobserved treatment or serve as a standard of medical care . Variations, taking into account individual circumstances, may be appropriate. SSC immediately after birth and throughout the postpartum hospital period All clinical reports from the American Academy of Pediatrics as well as with unobserved rooming-in for at-risk situations. Moreover, automatically expire 5 years after publication unless reaf rmed, behaviors that are modeled in the hospital after birth, such as Sleep revised, or retired at or before that time. position, are likely to in uence sleeping practices after discharge. Hospitals DOI: and birthing centers have found it dif cult to develop policies that will PEDIATRICS (ISSN Numbers: Print, 0031-4005; Online, 1098-4275).

4 Allow SSC and rooming-in to continue in a safe manner. This clinical report Copyright 2016 by the American Academy of Pediatrics is intended for birthing centers and delivery hospitals caring for healthy FINANCIAL DISCLOSURE: The authors have indicated they do newborns to assist in the establishment of appropriate SSC and safe Sleep not have a nancial relationship relevant to this article to policies. disclose. FUNDING: No external funding. POTENTIAL CONFLICT OF INTEREST: The authors have indicated they have no potential con icts of interest to disclose. INTRODUCTION. De nition of Skin-to-Skin care and Rooming-In To cite: Feldman-Winter L, Goldsmith JP, AAP COMMITTEE ON. FETUS AND NEWBORN, AAP TASK FORCE ON SUDDEN INFANT. Skin-to-Skin care (SSC) is defined as the practice of placing infants in DEATH SYNDROME.

5 safe Sleep and Skin-to-Skin care in the Neonatal Period for Healthy Term Newborns. Pediatrics. direct contact with their mothers or other caregivers with the ventral 2016;138(3):e20161889. skin of the infant facing and touching the ventral skin of the mother/. Downloaded from by guest on August 24, 2018. PEDIATRICS Volume 138, number 3, September 2016:e20161889 FROM THE AMERICAN ACADEMY OF PEDIATRICS. caregiver (chest-to-chest). The infant throughout the hospital stay while at least in the room with the mother. is typically naked or dressed only in Being held Skin-to-Skin by the mother a diaper to maximize the surface-to- has been shown to decrease pain Unless there is a medical reason for surface contact between mother/ in newborns undergoing painful separation, such as resuscitation, SSC. caregiver and the infant, and the procedures such as blood ,9.

6 May be provided for all newborns. dyad is covered with prewarmed Mothers may nap, shower, or leave In the case of cesarean deliveries, blankets, leaving the infant's head the room with the expectation that SSC may also be provided when the exposed. SSC is recommended for all the mother-infant staff members mother is awake and able to respond mothers and newborns, regardless monitor the newborn at routine to her infant. In some settings, SSC. of feeding or delivery method, intervals. Mothers are encouraged to may be initiated in the operating immediately after birth (as soon use call bells for assistance with their room following cesarean deliveries, as the mother is medically stable, own care or that of their newborns. while in other settings SSC may begin awake, and able to respond to her in the recovery room.)

7 SSC for healthy newborn) and to continue for at Evidence for SSC and Rooming-In newborns shall be distinguished least 1 hour, as defined by the World from kangaroo care in this clinical SSC has been researched extensively Health Organization's (WHO's) Ten report, because the latter applies as a method to provide improved Steps to Successful Breastfeeding. 1,2 to preterm newborns or infants physiologic stability for newborns SSC is also a term used to describe cared for in the This report and potential benefits for mothers. continued holding of the infant in is intended for mothers and infants SSC immediately after birth stabilizes the manner described above and who are well, are being cared for in the newborn body temperature and beyond the immediate delivery the routine postpartum or mother- can help prevent ,11.

8 Period and lasting throughout infant setting, and have not required SSC also helps stabilize blood glucose infancy, whenever the mother/ resuscitation. Although sick or concentrations, decreases crying, caregiver and infant have the preterm newborns may benefit from and provides cardiorespiratory opportunity. For mothers planning SSC, this review is intended only for stability, especially in late preterm to breastfeed, SSC immediately healthy term newborns. Late preterm SSC has been shown after delivery and continued infants (defined as a gestational age in numerous studies as a method throughout the postpartum of 34 37 weeks) may also benefit to decrease pain in newborns being period also involves encouraging from early SSC but are at increased held by mothers13 16 and In mothers to recognize when their risk of a number of early Neonatal preterm infants, SSC has been shown infants are ready to breastfeed and to result in improved autonomic and providing help if Additional neurobehavioral maturation and Rooming-in is defined as allowing recommendations by the WHO, as gastrointestinal adaptation, more mothers and infants to remain part of the Baby-Friendly Hospital restful Sleep patterns, less crying, together 24 hours per day while in Initiative and endorsed by the and better 21 Although the delivery hospital.

9 This procedure American Academy of Pediatrics not specifically studied in full-term is recommended for all mothers and (AAP) in 2009, include the following infants, it is likely that these infants their healthy newborns, regardless specifications for the period of time also benefit in similar ways. of feeding or delivery method, and immediately after delivery: routine in some cases applies to older late SSC also benefits mothers. procedures such as assessments and preterm (>35 weeks' gestation) or Immediately after birth, SSC. Apgar scores are conducted while early term (37 39 weeks' gestation) decreases maternal stress and SSC is underway, and procedures that newborns who are otherwise improves paternal perception may be painful or require separation healthy and receiving routine care , of stress in their should be delayed until after the who represent up to 70% of this A recent study suggested that first hour; if breastfeeding, these Mothers are expected to SSC and breastfeeding within 30.

10 Procedures should occur after the be more involved with routine care , minutes of birth reduce postpartum first breastfeeding is such as feeding, holding, and bathing. Experimental The AAP further delineates that Newborns may remain with their models indicate that mother-infant the administration of vitamin K mothers unless there is a medical separation causes significant and ophthalmic prophylaxis can reason for separation for either the stress, and the consequences of be delayed for at least 1 hour and mother or the infant. Procedures this stress on the hypothalamic- up to 4 hours after delivery. The that can be performed at the bedside pituitary-adrenal axis Baby-Friendly Hospital Initiative can be performed while the infant is In a randomized trial examining encourages continued SSC preferably being held Skin-to-Skin or the relationship between SSC and Downloaded from by guest on August 24, 2018.

Health Care System and/or Improve the Health of all ...

This policy statement provides 5 evidence-based recommendations for best practices to optimize safety in pas-senger vehicles for all children, from 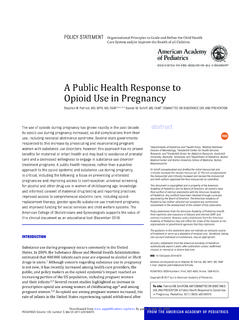 A Public Health Response to Opioid Use in Pregnancy 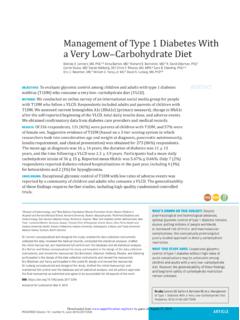 Management of Type 1 Diabetes With a Very Low … 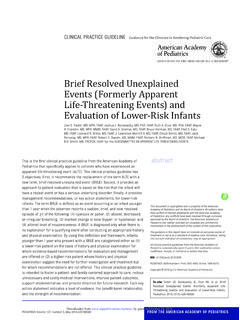 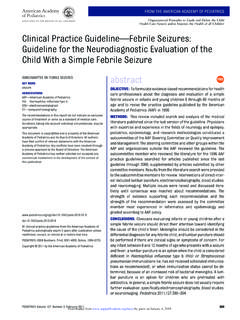 Organizational Principles to Guide and Deﬁne the … 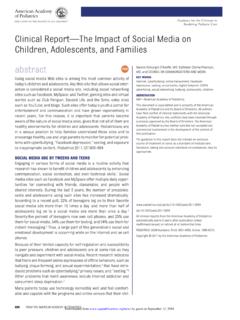 Strategies to Improve Sleep in Children with …

A Parents Guide to Improving Sleep in Children with Autism. P. ROVIDING A . C. OMFORTABLE . S. LEEP . S. ETTING. It is importan. t to create a safe, quiet sleep setting for your child.

With, Improves, Strategies, Safe, Children, Sleep, Strategies to improve sleep in children with

voluntary student ridership on RTD exceeded the rider-ship of yellow buses, indicating that it was a safe and reliable mode of transportation. Principals reported very 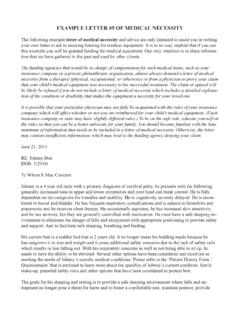 comfort, and enhance function. Upon evaluation, I recommend a SleepSafe 2 – Medium bed with an Articulated (head and foot adjustment only) in twin size with an oak finish (no price difference in wood 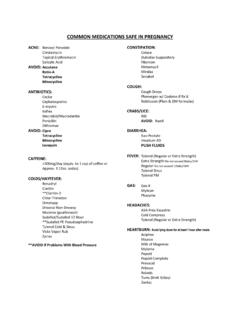 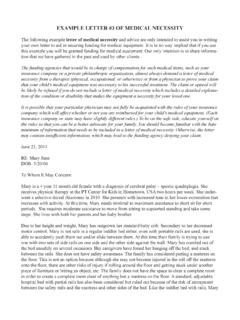 can slide beneath or between the rails. The family has researched other beds that offer similar safety features adequate to protect Mary, but none have met every criteria needed to keep Mary safe now and 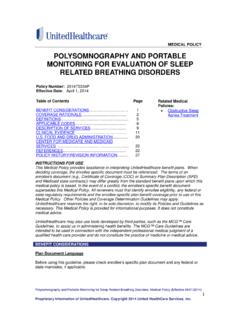 Polysomnography and Portable Monitoring for …