Sample Discussion Board Questions That Work

Question, Samples, That, Board, Work, Discussion, Sample discussion board questions that work

2 Good Example: What reasons has the Supreme Court given for tossing out campus- based speech codes and do you agree or disagree with those reasons? Avoid Questions that call for purely factual answers While it is pedagogically sound to pose Questions that ask for purely factual answers, it might not be a good idea to ask this type of question all the time. Questions that call for purely factual answers generally involve little debate, exchange, and Discussion among students, often producing instead 22 disparate responses (one for each student in the class) that all report roughly the same thing. Bad Example: What is the First Amendment? Good Example: In what ways does the First Amendment's statement on freedom of speech appear to leave the door open for debate on the legality of hate speech? Target reflection, interpretation, analysis, or problem solving Generally, the aim of having a Discussion is to prompt students to think in ways that stretch their understanding of a given topic/subject.

3 For that reason, asking Questions that call for reflection, interpretation, analysis, and/or problem solving leads to a much more instructive (and often more lively) learning experience. Good Example: University of Pennsylvania student Eden Jacobowitz was punished for calling a group of African American women "water buffalo" during a late-night altercation. In his defense, Jacobowitz argued that he didn't intend for the phrase to be a racial slur, and that in fact it did not qualify as one, seeing as how water buffalo are only native to Southeast Asia and not Africa. To what extent does/should the question of "intent" play a role in ascertaining whether a speech utterance is offensive or not? In other words, if the perpetrator (in this case, Eden Jacobowitz) never intended to inflict injury in making the utterance that he did, is he still culpable of wrong-doing if his words were construed as being malicious by an injured party?

4 Ask Questions that solicit relevant personal opinion and/or personal experience Students are generally very eager to share personal experiences and are very adept at making sense of outside experiences and facts by relating those outside experiences to internal, personal ones. Asking Questions that solicit relevant personal opinion and/or personal experience should probably not be the only kind of question you pose to your students;. however, it is often a very effective way of getting the conversation started, as well as an effective way of getting students to understand the significance of the material discussed. Good Example: Have you ever been the direct object of hate speech, or have you known a close friend or relative who has? What was your/their experience like? How has that experience (or the lack thereof) contributed to your own position on the issue of the legality of hate speech?

5 Ask Questions that encourage students to engage with other students in the class If one of your objectives in facilitating a class Discussion is to engender genuine dialogue about a topic/subject, then it might be a good idea to frame your question in ways that require students to talk to each other and respond to each other. Good Example: If you were an administrator at HSU, what measures would you take . outside of a formal list of speech codes that would foster a university atmosphere receptive and welcoming of difference? Your first response should outline the measures you would take in fulfilling this task. Your second response should evaluate the pros and cons of the measures proposed by another student in the class. Ask Questions that require connections to be drawn between past and present course material It is not a bad idea to ask Questions from time to time that invite your students to draw connections between material learned earlier in the course and material covered later in the course.

6 These kinds of Questions are not only thoughtful and "open-ended" in nature, but they also have the added benefit of forcing your students to review content, to rethink content, and to see content as relevant and important outside the scope of its original context. Good Example: The first paper in this class asked you to discuss the different communication styles assumed by men and women in interpersonal relationships. The present paper asks you to take a position on the legality of speech codes on college campuses. In what ways are the two paper topics related, and how does the reading and research you conducted on the former topic inform, enrich, or otherwise affect your understanding of the latter topic? Ask Questions that prompt students to generate lists of information/data as a class Discussion boards hold a lot of potential for collaborate learning activities.

7 One way this potential can be harnessed is by asking Questions that focus students on building research and/or data "pools" for use in other assignments. Good Example: Use 5-10 sentences to explain one reason why hate speech should not be banned on college campuses. You may not repeat the same response as another student in the class. The purpose of this question is twofold: to fully explore the rationale behind this particular side of the hate speech debate and to generate content that will be useful to us when we write a draft our paper on this topic next week. 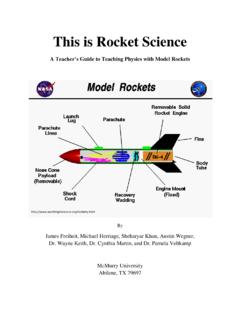 This is Rocket Science - McMurry University

Model, Sciences, This, Rocket, Model rocket, This is rocket science

OVERVIEW 9 that provides the grist for critical reflection. Tennant (1991) offers a description of using a learner’ s experience that seems most con-gruent with transformative learning:

A Guide to Effective Instruction in Mathematics - …

3 Introduction THE IMPORTANCE OF PROBLEM SOLVING An information- and technology-based society requires individuals who are able to think critically about complex issues, people who can

PROBLEM SOLVING Social instability, drug dealing, and violent crime hurt more than the immediate victims: they create fear among the rest of us. 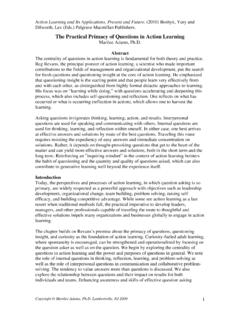 The Practical Primacy of Questions in Action Learning

The 8 Learning Events Model and its principles - … 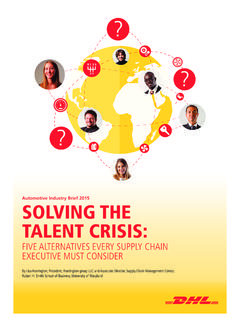