2 Sanctions on South Africa: What did they do? by Philip I. Levy* Although careful studies of economic sanctions have cast doubt on their effectiveness,1 anecdotes can be powerful rhetorical tools. A single important case that

What, South, Africa, They, Sanctions, Sanctions on south africa, What did they

2 It asks what role those SANCTIONS played in the eventual demise of the apartheid regime and concludes that the role was probably very small. An alternative explanation for the regime change is offered: the communist bloc combined to bring about the change. If one is to argue for the efficacy of SANCTIONS , two key obstacles are their limited economic impact and the substantial lag between the imposition of SANCTIONS and the political change. Since SANCTIONS preceded the change of government, it is impossible to rule them out as a determinant. However, their principal effect was probably psychological.

3 The implication is that the SOUTH African case should not serve as the lone major instance of effective SANCTIONS . Keywords: SANCTIONS , SOUTH africa , Political Economy, Trade classification: F14. SANCTIONS on SOUTH africa : what did they do? by Philip I. Levy*. Although careful studies of economic SANCTIONS have cast doubt on their effectiveness,1 anecdotes can be powerful rhetorical tools. A single important case that demonstrates SANCTIONS ' potential allows advocates to argue that their cause is more akin to the success than to the failures. Frequently, advocates point to the case of SANCTIONS applied in the mid-1980s against the apartheid regime in SOUTH africa as just such a case.

4 On the face of it, SOUTH African SANCTIONS appear to have been successful. In response to the outrages of apartheid, many countries adopted trade and financial SANCTIONS and a significant amount of foreign investment was withdrawn from SOUTH africa . After the adoption of SANCTIONS , SOUTH africa experienced economic difficulty and numerous domestic actors commented on how the economic situation was untenable and required political change. By 1994, Nelson Mandela had been elected President of SOUTH africa . He and other black leaders attributed to economic SANCTIONS a significant role in bringing about the democratic transition.

5 This paper will also present an alternative view. One can tell a story of the change in SOUTH africa in which any positive contribution of trade SANCTIONS was trivial and they might even have deferred the achievement of the campaign's objectives. The international economic actions against SOUTH africa that were most damaging were taken by private actors, not governments. The actions taken by governments were not especially economically damaging. To some extent, they caused the Nationalist Party government to stiffen its repression. In this alternative story, the demise of apartheid, which followed *.

6 Department of Economics, Yale University, Box 208269, New Haven, CT, 06520- 8269. E-mail: I am grateful to Stefan Krieger, Srinivasan and William Foltz for helpful conversations. 1. Hufbauer, Schott and Elliott (1990) is the most thorough study of economic SANCTIONS and they find them to be effective roughly one third of the time. Morgan and Schwebach (1997) use an expanded data set to argue that this rate significantly overstates the effectiveness of SANCTIONS . 2. SANCTIONS with a substantial lag, can be attributed to three different factors: the effectiveness of the political opposition of the black majority; the inefficiency and growing economic cost of the apartheid system; and the fall of the Soviet Alongside this alternative case the paper will try to illuminate the kind of arguments that one must make if one is to argue that SANCTIONS were effective.

7 The fundamental problem in assessing the role of SANCTIONS is that the end of apartheid was overdetermined. Given the sequence of events, it is impossible to prove that SANCTIONS were ineffective; they were among the many potential causes linked to the single effect. 3 In lieu of such a proof, the rest of the paper will describe the sequence of events in SOUTH africa , consider what it would mean for SANCTIONS to be effective, and argue that at best SANCTIONS failed to interfere with the other forces that were bringing down the apartheid regime. I. The SANCTIONS Timeline The apartheid regime against which SANCTIONS were targeted had been in place since the National Party took power in 1948.

8 Prior to the episodes of the mid-1980s, the United Nations adopted an arms embargo in the early 1960s and OPEC nations applied an oil embargo starting in The focus of this paper will be the multilateral SANCTIONS of 1985-87, particularly those dealing with If those SANCTIONS were to have played an important role in undermining the apartheid economy, one would expect the imposition of SANCTIONS to mark a break in economic performance. In fact, the break for SOUTH africa occurred much earlier. In the 2. Lowenberg (1997) offers a useful analysis of the reasons for the failure of the apartheid economy.

9 3. Of course, with a larger set of countries, one could use econometrics to sort out the determinants, but that would lead us back to the careful studies showing the ineffectiveness of SANCTIONS . 4. Up until the fall of the Shah in 1979, though, Iran continued to supply SOUTH africa with oil. Lewis (1990, p. 103). 5. There are a number of thorough tellings of the story of recent SOUTH African history. For a general account, see Waldmeier (1997). For ones more focused on the effect of SANCTIONS , see Manby (1992) and Hufbauer, Schott and Elliott (1990). 3. decades leading up to 1974, real GDP in SOUTH africa grew an average of percent per year.

10 From 1974 to 1987 it averaged percent per In the immediate aftermath of the mid-1980s SANCTIONS , GDP growth accelerated: it was percent in 1986, percent in 1987, and percent in The early-1970s break was contemporaneous with the oil embargo and the worldwide oil crisis, which can certainly serve as one explanation for slower growth. In addition, a number of factors beyond the oil shock combined to slow the expansion; two are worth noting here. First, labor market distortions were inherent to the apartheid system. Blacks constituted the majority of the population but were restricted in their travel and in the jobs that they could hold. 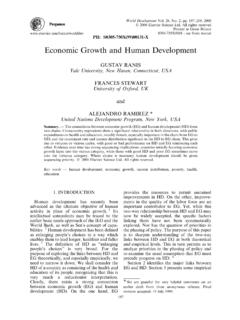 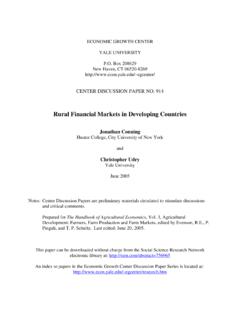 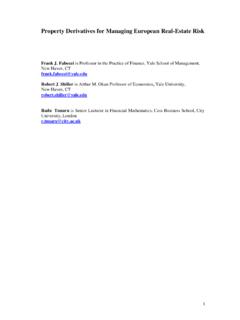 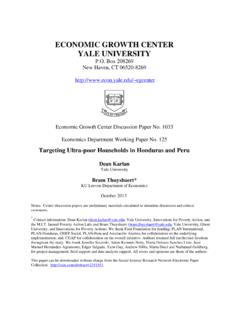 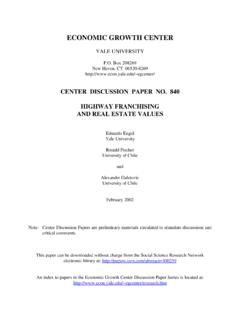 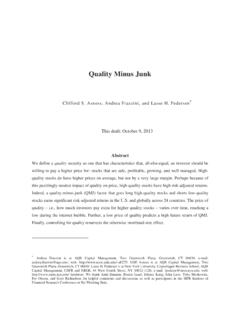 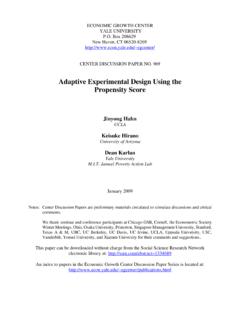 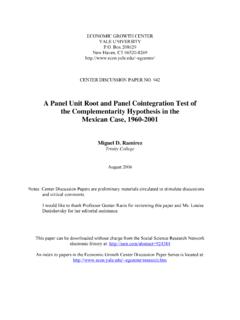 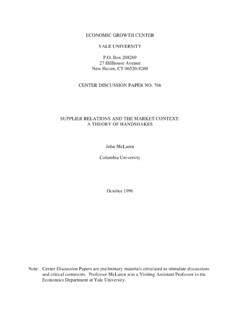 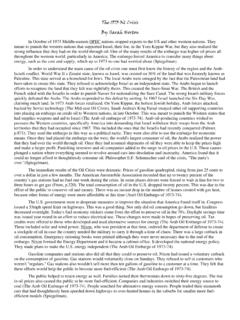 The 1973 Oil Crisis By Sarah Horton In October of 1973 Middle-eastern OPEC nations stopped exports to the US and other western nations. They meant to punish the western nations that supported Israel, their foe, in the Yom Kippur War, but they also realized the

The Global Financial Crisis and Its Impact on Trade: The ...

no. 2010.2 september 2010 the global financial crisis and its impact on trade: the world and the european emerging economies robert c. shelburne discussion paper series

Global, Financial, Crisis, The global financial crisis and its 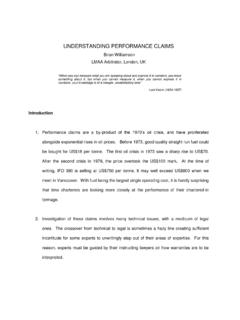 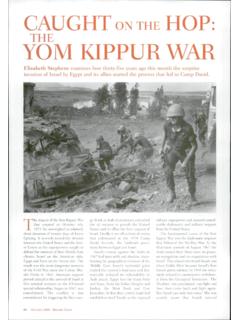 CAUGHT ON THE HOP: THE YOM KIPPUR WAR Elizabeth Stephens examines how thirty-five years ago this month the surprise invasion of Israel by Egypt and its … 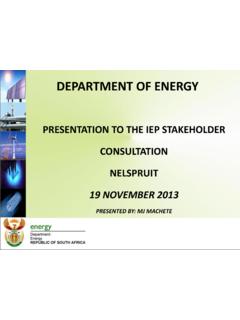 Historical Excursion On The Liquid Fuels Sector • The first crude oil refinery was commissioned by Mobil in 1954. This is the Enref refinery as it is 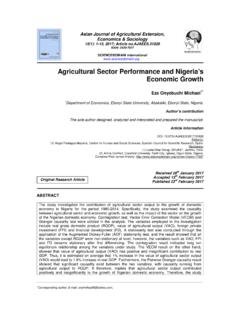 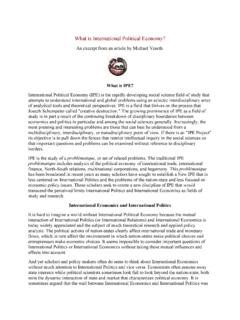 What is International Political Economy?