SCHEDULE BARGAINING COUNCIL FOR THE …

Page 1 of 17 SCHEDULE BARGAINING COUNCIL FOR THE RESTAURANT, CATERING AND ALLIED TRADES COLLECTIVE AGREEMENT Concluded in accordance with the provisions of the Labour Relations Act, no

4 The deletion of the definition of military leave. Substitute the existing definition of part-time employee with the following new definition:- part-time employee means an employee (other than a part-time driver). employed by the establishment for not more than 24 ordinary hours of work in any week. Substitute the existing definition of waiter/wine steward with the following new definition waiter/wine steward means an employee other than a bartender, clerk/cashier or counter assistant, who performs any one or more of the following duties: (a) Serving meals and/or refreshments( whether alcoholic or non- alcoholic) to customers at tables or counters (b) Receiving payment for any order taken or executed and being responsible for payment (c) Setting and/or clearing tables (d) Checking and/or controlling dining-room and/or other pantry equipment (e) Filling butter and/or jam dishes and/or cruets, and may make salads 6.

5 Clause 5 of the former Collective agreement : The substitution of the existing minimum prescribed rate per hour in Rand for the period(s): Current From 1/6/2015 From 1/6/2016 From CATEGORY/CLASS To To To 1/6/2017. 31/5/2015 31/5/2016 31/5/2017 Thereafter H/RATE H/RATE H/RATE H/RATE. Page 4 of 17. CHEF/MANAGER ASSISTANT MANAGER BARTENDER, CASHIER CLERK. SECURITY GUARD, SUPERVISOR. ASST BARTENDER/CASHIER HCOOK/WAITER/HWINE STEWARD. KITCHEN SUPERVISOR COUNTER ASST/PART-TIME. DRIVERWAITER/WINE STEWARD. EMP. NOT SPECIFIED ELSEWHERE. MOTOR VEHICLE DRIVER (S). (A)EXTRA HEAVY (B)HEAVY (C)LIGHT BAKER/COOK CATERING GENERAL ASSISTANT WATCHMAN. By the substitution of the existing subclause 5(1)(c) with the new subclause 5(1)(c). (c) Commission workers: (1) The owner/management of an establishment and a commission worker may agree in writing that the commission worker will perform the duties of a waiter if and when so required by the owner on which a commission will be paid at the end of each shift/week/month.

9 Page 6 of 17. The insertion of a new subclause 5(11) after the existing subclause 5(10). (11) Employers that have not given their employees an annual increase as at the 1st June 2014, shall pay employees that earn below per annum, 8% per month and employees that earn or more per annum shall receive an increase of not less than 5% per month, for the period of 1st June 2014 to the date that the Minister promulgates the Collective agreement . Fifty percent (50%) of this amount will be paid during the first month of coming into operation of this agreement , the remaining fifty percent (50%) must be paid no later than thirty days (30) after the payment of the first fifty percent (50%). Provided that this sub-clause must not be interpreted to be in addition to that specified in clause 5 (9) (i) (ii). This sub- clause is a once off ex-gratia payment for employees that did not receive an annual increase with effect from 1st June 2014. 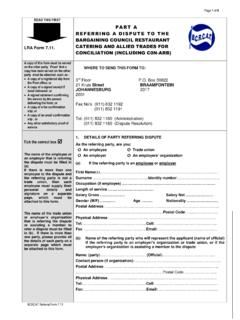 PART A REFERRING A DISPUTE TO THE …

page 1 of 8 bcrcat referral form 7.11 read this first lra form 7.11. part a referring a dispute to the bargaining council restaurant catering and allied trades for 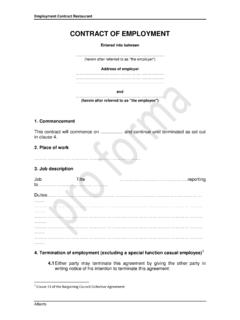 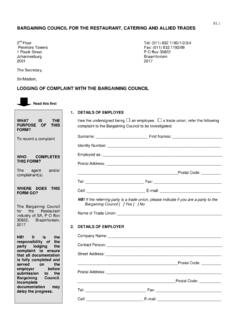 LODGING OF COMPLAINT WITH THE BARGAINING … 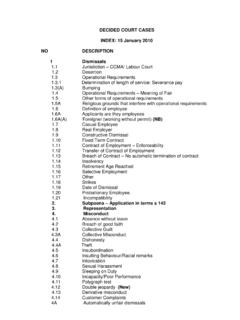 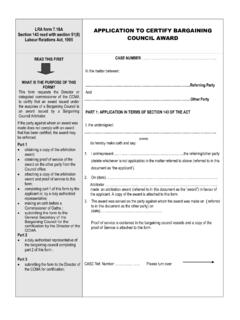 LRA FORM 7.18A Application to Certify Council Award Page 3 of 4 THE STATUS OF A CERTIFIED AWARD In terms of sections 143(1) and (3) of the LRA, an arbitration award

4 Swissport Profile SGHA 2013/2008/2004 Business policy Swissport is recognized as the benchmark in terms of value for money, customer dedication, and cost management. 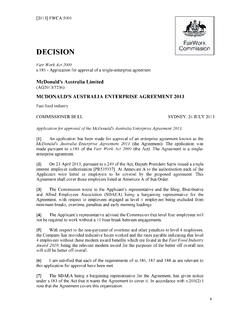 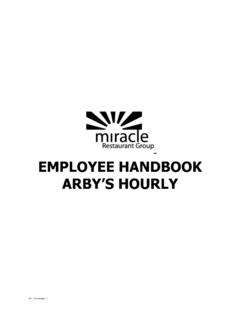 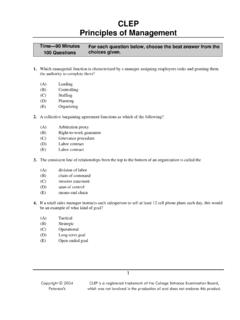 CLEP Principles of Management 7 Copyright © 2004 Peterson's CLEP is a registered trademark of the College Entrance Examination Board, which was not involved in the production of and does not endorse this product. 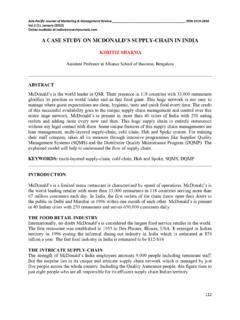 A CASE STUDY ON MCDONALD’S SUPPLY-CHAIN … 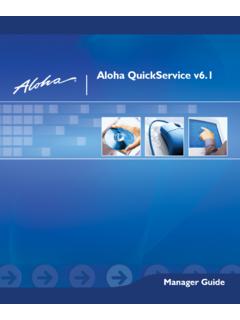