3 Required to guide EGFR- and ALK-directed therapies, addressing which patients and samples should be tested, Address correspondence to and when and how testing should be performed. Participants: Three cochairs without con icts of interest were Neal I. Lindeman, , selected, one from each of the 3 sponsoring professional societies: College of American Pathologists, Inter- Brigham and Women's Hospital, national Association for the Study of Lung Cancer, and Association for Molecular Pathology. Writing and Shapiro 5020, 75 Francis St., Boston, MA 02115-6110. advisory panels were constituted from additional experts from these societies. Evidence: Three unbiased E-mail: literature searches of electronic databases were performed to capture published articles from January 2004.

4 Org. through February 2012, yielding 1533 articles whose abstracts were screened to identify 521 pertinent articles that were then reviewed in detail for their relevance to the recommendations. Evidence was formally graded for each recommendation. Consensus Process: Initial recommendations were formulated by the cochairs and panel members at a public meeting. Each guideline section was assigned to at least 2 panelists. Drafts were circulated to the writing panel (version 1), advisory panel (version 2), and the public (version 3) before submission (version 4). Conclusions: The 37 guideline items address 14 subjects, including 15 recommendations (evidence grade A/B).

5 The major recommendations are to use testing for EGFR mutations and ALK fusions to guide patient selection for therapy with an epidermal growth factor receptor (EGFR) or anaplastic lymphoma kinase (ALK). inhibitor, respectively, in all patients with advanced-stage adenocarcinoma, regardless of sex, race, smoking history, or other clinical risk factors, and to prioritize EGFR and ALK testing over other molecular predictive tests. As scienti c discoveries and clinical practice outpace the completion of randomized clinical trials, evidence-based guidelines developed by expert practitioners are vital for communicating emerging clinical standards.

6 Already, new treatments targeting genetic alterations in other, less common driver oncogenes are being evaluated in lung cancer, and testing for these may be addressed in future versions of these guidelines. (J Mol Diagn 2013, 15: 415e453; ). See next page for support and disclosure information. Copyright 2013 College of American Pathologists, American Society for Investigative Pathology, Association for Molecular Pathology, and the International Association for the Study of Lung Cancer. Published by Elsevier Inc. All rights reserved. Lindeman et al Background: EGFR Mutations and ALK Fusions adenocarcinoma who never smoked tobacco (or only smoked lightly), the patients whose tumors contained an Lung cancer is the leading cause of cancer- related mortality, activating EGFR mutation and who received ge tinib had accounting for approximately million deaths per year a signi cantly longer PFS than those receiving chemo- worldwide and approximately 160,000 deaths per year in therapy (hazard ratio [HR] for progression or death.)

7 The United States, which is approximately 25% to 30% of all P < ).7 Subsequently, 5 additional randomized con- US cancer deaths and more than the next 3 cancers (colon, trolled trials con rmed this association between activating prostate, breast) Fortunately, the past decade has EGFR mutations and objective response to ge tinib and/or seen major advances in our understanding of the patho- erlotinib therapy (Table 2). However, despite these im- genesis and management of lung cancers, adenocarcinoma pressive differences in PFS, no study has shown an in particular. Speci cally, the discovery of the biological advantage in overall survival for EGFR-mutationebearing and therapeutic importance of acquired genetic alterations in patients treated initially with an EGFR TKI in comparison 2 genes that encode pharmacologically targetable tyrosine to chemotherapy.

8 This is likely to be at least partly due to kinases involved in growth factor receptor signaling, the crossover design of these studies, in that a large fraction epidermal growth factor receptor (EGFR) and anaplastic of the patients with EGFR-mutated tumors treated initially lymphoma kinase (ALK ), has changed the way these with chemotherapy crossed over to the EGFR TKI treat- cancers are diagnosed and treated. ment arm, confounding the interpretation of overall survival As ge tinib and erlotinib, small-molecule competitive data. inhibitors of the EGFR tyrosine kinase, were being evalu- Three years after the initial discoveries of EGFR.

9 Ated in clinical trials of advanced-stage lung cancer in the mutations in lung cancer, in 2007, Soda and co-workers8. early part of the last decade, unusual prolonged responses to reported that an inversion on chromosome arm 2p these medications were recognized in a subset of resulted in the creation of an EML4-ALK fusion gene in This unusual clinical behavior, not seen previously with lung cancer. The fusion gene was identi ed in 5 of 75. standard chemotherapy, led to investigations that identi ed (7%) NSCLC patients examined. Subsequent studies have a correlation between activating somatic mutation in the indicated that the prevalence of this gene fusion event is EGFR gene and clinical response to ge tinib and erlotinib.

10 About 2% to 7% of all NSCLCs seen in the United States, This initial exciting observation has led to sustained and with enrichment in adenocarcinomas in never smokers or continuing laboratory and clinical investigations into the light Testing for this ALK gene fusion has mechanism and clinical consequences of EGFR mutations been facilitated by the commercial availability of a dual- in lung cancer. In unselected advanced nonesmall cell lung probe break-apart uorescence in situ hybridization cancer (NSCLC) patients, ge tinib and erlotinib produce (FISH) assay for ALK rearrangements that was already in response rates of 8% to 9%, with a median time to clinical use to detect ALK fusions in lymphomas and progression of months to In contrast, certain A recent report of a large clinical advanced NSCLC patients selected on the basis of acti- series indicated that ALK rearrangements were seen in vating EGFR mutations in their tumors show response rates about 5% of 1500 NSCLC patients Moreover, (RRs) Surgical Pathology Any UNLISTED specimen should be assigned to the CPT code which most closely reflects the work involved when compared to other specimens assigned to that code. 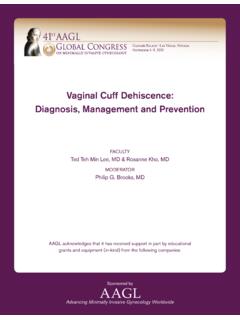 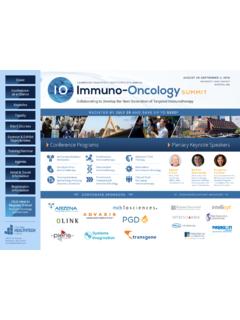