9 Is ensures a stable injection pressure at all times, even in the low engine speed range, and dramatically decreasesthe amount of black smoke ordinarily emitted by a diesel engine during start-up and acceleration. As a result, exhaustgas emissions are cleaner and reduced, and higher power output is achieved.(1) Features of injection ControlInjection Pressure Control Enables high-pressure injection even at low engine speeds. Optimizes control to minimize particulate matter and NOx Timing Control Enables finely tuned optimized control in accordance with driving Rate Control Pilot injection control injects a small amount of fuel before the main injection . injection pressure is more than double the current pressure. 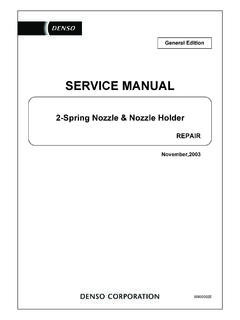 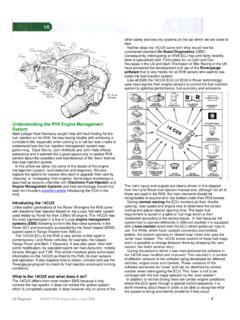 V8 Register 160921-RV8-diagnostics-note-DM8 2 On startup the ECU runs the fuel pump for a few seconds to pressurise the fuel pipework. The pump is stopped if the engine is