Annual Meeting of the Rapaport-Klein Study Group ( ). Austen Riggs Center, Stockbridge, Massachusetts, June 12-14, 2009. Seven Pillars of Defense Mechanism Theory *. Phebe Cramer**. [Paper presented on June 13, 2009, at the Annual Meeting of the Rapaport-Klein Study Group]. The idea that we may do, or say things without knowing just why we do so is not difficult for most people to understand. But the assertion that unconscious mental processes are responsible for this behavior has, for many years, been less tenable. Only recently have academic psychologists begun to study, and then to validate, the existence of unconscious mental processes ( , Dijksterhuis &. Nordgren, 2006; Kihlstrom, 1987). Among these unconscious processes are a group of mental operations referred to as Defense mechanisms .

1 Annual Meeting of the Rapaport-Klein Study Group ( ). Austen Riggs Center, Stockbridge, Massachusetts, June 12-14, 2009. Seven Pillars of Defense Mechanism Theory *. Phebe Cramer**. [Paper presented on June 13, 2009, at the Annual Meeting of the Rapaport-Klein Study Group]. The idea that we may do, or say things without knowing just why we do so is not difficult for most people to understand. But the assertion that unconscious mental processes are responsible for this behavior has, for many years, been less tenable. Only recently have academic psychologists begun to study, and then to validate, the existence of unconscious mental processes ( , Dijksterhuis &. Nordgren, 2006; Kihlstrom, 1987). Among these unconscious processes are a group of mental operations referred to as Defense mechanisms .

2 These differ in the particular ways in which they function, but they all serve the same purpose namely, to protect the individual from experiencing excessive anxiety, and to protect the self and self-esteem. Different from conscious coping strategies, these mechanisms operate at an unconscious level, so that the individual is unaware of how they function. It was Sigmund Freud (1896/1966) who initially discovered the connection between psychopathology and the Defense Mechanism of repression. As in Freud's later writings (1915/1957;. 1923/1961) we understand today that the use of Defense mechanisms is also part of normal, everyday functioning. Used within limits, defenses aid us to manage stress, disappointment, and strong negative emotions. Only when used excessively are defenses likely to be linked with psychopathology.

3 After the initial discovery of repression, additional Defense mechanisms were identified , denial, projection, displacement, rationalization. In fact, some 44 different defenses have been described (Bibring, Dwyer, Huntington et al., 1961). Two of the most currently used methods to assess Defense use include some 20 different scales (Andrews, Singh & Bond, 1993; Perry, 1990). Of course, one person does not use all of these defenses, and not all defenses are used by all people. Also, it is convenient to group individual defenses into clusters. This grouping may be based on the relative maturity or immaturity of the Defense , where maturity is determined both by theoretical and clinical considerations (Perry, 1990; Vaillant, 1977; DSM-IV-TR), or the grouping may be based on developmental considerations and the complexity of cognitive operations involved in the Defense (Cramer, 1991a, 2006).

4 Despite both clinical and research evidence to support the existence of defenses, there are some skeptics who question the existence of such unconscious mechanisms , and others who do not doubt the existence of defenses but rather question their unconscious status (Erdelyi, 2001; Newman, 2001). In the remainder of this essay, I present Seven basic tenets, or Pillars , of Defense Mechanism Theory . Then, for each Pillar, I provide empirical research evidence that supports the Pillar. In reporting this evidence, I rely heavily on my own research from the past 20 years. This research makes use of a reliable and valid method to code Defense use from narrative material, such as stories told to a standard set of pictures. (For a full description of the method and research findings, see *. In: Social and Personality Psychology Compass, 2008, 2: 1963-1981.)

5 **. Department of Psychology, Williams College, E-Mail 1. Cramer, 1991a, 2006.) Research carried out by other investigators has relied on the coding of clinical interviews (Perry, 1990; Vaillant, 1977), on self-report questionnaires ( , Andrews, Singh & Bond, 1993), or, occasionally, on experimental designs in which some Defense -based attitude or judgment is measured ( , Maner, Kenrick, Becker et al., 2005; Newman, Duff & Baumeister, 1997; Schimel, Greenberg & Martens, 2003). Again, a full description of these methods and research results may be found in Cramer (2006). Note that if research results support the Pillar, this is evidence not only for the Theory , but also for the validity of the measure. Pillar I. Defense mechanisms are cognitive operations that operate outside of awareness In this essay, I focus on three Defense mechanisms that differ in the complexity of the cognitive operations on which they are based, and thus differ in developmental maturity.

6 Denial is the least complex of the three. As base, denial is accomplished by attaching a negative marker ( , no , not ) to a perception, thought or feeling. In this way, thought or feelings that would be upsetting, if accurately perceived, are ignored or misrepresented. Examples of the ways in which denial may occur are provided in Table 1: Table 1: Defense Mechanism Manual Scoring Categories: Denial, Projection, Identification (A more complete version of the coding system appears in Cramer [1991a], and at ). Denial (1) Omission of major characters or objects. Example: Failure to refer to the girl in the foreground (TAT card 2). (2) Misperception. Example: Referring to the girl as a boy (TAT card 2). (3) Reversal. Example: He had been very strong, but then he got weak . (4) Statements of negation.

7 Example: Although he was up high, he never fell down . (5) Denial of reality. Example: It was all make believe . (6) Overly maximizing the positive or minimizing the negative. Example: It is the most beautiful in the world . (7) Unexpected goodness, optimism, positiveness, or gentleness. Example: He was a murderer but then decides to save people . Projection (1) Attribution of hostile feelings or intentions, or other normatively unusual feelings or intentions, to a character. Example: Maybe he's angry (unexplained) . (2) Additions of ominous people, animals, objects, or qualities. Example: That's a dangerous toy . (3) Magical or autistic thinking. Example: Those rifles are feeling sorry . (4) Concern for protection from external threat. Example: He is hiding there so he can kidnap him . (5) Apprehensiveness of death, injury or assault.

8 Example: It looks like his father has just died . (6) Themes of pursuit, entrapment and escape. Example: He gets trapped in the cave, but then he gets out . (7) Bizarre story or theme. Example: This is a saw he sawed his desk in half . Identification (1) Emulation of skills. Example: Maybe if I could be as great a violinist as my father . (2) Emulation of characteristics, qualities, or attitudes. Example: He tries to be as honest as Abe Lincoln . (3) Regulation of motives or behavior. Example: His father sent him to his room because he was bad . (4) Self-esteem through affiliation. Example: He felt good because he had a friend . (5) Work; delay of gratification. Example: He practiced all his life . (6) Role differentiation. Examples: mention of specific adult roles, such as teacher sailor , farmer , priest , soldier , scientist , etc.

9 (7) Moralism. Example: He told the truth. Honesty pays . 2. A second Defense , projection, is cognitively more complex. It functions by removing disturbing thoughts or feelings from the person and placing, or attributing them to someone or something else. Cognitively, the use of projection requires the ability to differentiate between internal and external stimuli, and the development of internal standards by which certain thoughts and feelings are judged unacceptable. Examples of this Defense are also provided in Table 1. A third Defense , identification, differs from the other two in that, rather than attempting to change reality, the Defense involves a change in the self, so as to become more lilke some admired person or group. This change enhances the person's sense of belonging and of security.

10 The increased cognitive complexity of this Defense is seen in the requirement to be able to differentiate between self and other, to differentiate among many others', to form enduring mental representations of those others, and to take as one's own certain qualities of others that serve to provide a sense of security and self-esteem, which rejecting those that do not (Cramer, 1987). Examples are provided in Table 1. Alternative descriptions of the cognitive operations on which defenses are based have been provided by Elkind (1976) and by Chandler, Paget and Koch (1978). Although these theories differ in the operations described, there is agreement that the least complex, least mature operations underlie the Defense of denial, and that projection is based on more complex (mature) operations. 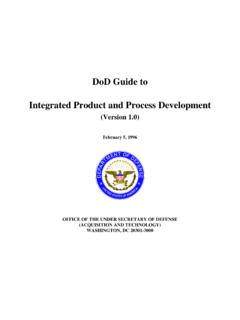 DoD Guide to IPPD _____ Page 1-2 Background IPPD has its roots in integrated design and production practices, concurrent engineering, and 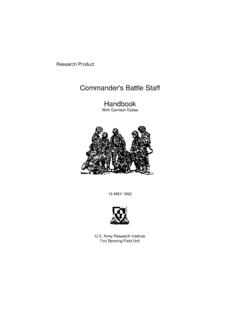 AN APPROACH TO ENFORCEMENT FOR

2 1. Executive Summary: The Need for Supply-Chain Risk Management Modern enterprises increasingly find themselves relying on others for their success.