American Political Science Review Page 1 of 15 February 2013. Should I Stay or Should I Go? Explaining Variation in Western Jihadists' Choice between Domestic and foreign Fighting Thomas HEGGHAMMER Norwegian Defence Research Establishment (FFI). T. his article studies variation in conflict theater choice by Western jihadists in an effort to understand their motivations. Some militants attack at home, whereas others join insurgencies abroad, but few scholars have asked why they make these different choices. Using open-source data, I estimate recruit supply for each theater, foreign fighter return rates, and returnee impact on domestic terrorist activity.

American Political Science Review foreign ﬁghting and fundraising (and even some plots by non-Muslims), so from these two overviews I in- ...

1 American Political Science Review Page 1 of 15 February 2013. Should I Stay or Should I Go? Explaining Variation in Western Jihadists' Choice between Domestic and foreign Fighting Thomas HEGGHAMMER Norwegian Defence Research Establishment (FFI). T. his article studies variation in conflict theater choice by Western jihadists in an effort to understand their motivations. Some militants attack at home, whereas others join insurgencies abroad, but few scholars have asked why they make these different choices. Using open-source data, I estimate recruit supply for each theater, foreign fighter return rates, and returnee impact on domestic terrorist activity.

2 The tentative data indicate that jihadists prefer foreign fighting, but a minority attacks at home after being radicalized, most often through foreign fighting or contact with a veteran. Most foreign fighters do not return for domestic operations, but those who do return are more effective operatives than nonveterans. The findings have implications for our understanding of the motivations of jihadists, for assessments of the terrorist threat posed by foreign fighters, and for counterterrorism policy. hy do some Western jihadists attack at home and overestimation expensive, so policy makers need W while others join insurgencies in places like Afghanistan and Somalia?

3 1 In this article, I. explore this variation empirically to shed light on the assessments grounded in facts. This article seeks to provide an empirical base from which to begin answering such questions. Using a vari- motivations of radical Islamists. Many assume that ji- ety of open-source data, I generate tentative estimates hadists all want to attack the West, and that those who of the number of domestic and foreign fighters, the pro- leave do so for training. I argue the opposite, namely, portion of foreign fighters who return, and their impact that most Western jihadists prefer foreign fighting, but on attack effectiveness. I also offer an explanation for a minority attacks at home after being radicalized, most the overall relative distribution.

4 Often through foreign fighting or contact with a veteran. The analysis focuses strictly on variation in theater My tentative data indicate that militants usually do not choice by radicalized Islamists. Excluded is the ques- leave intending to return for a domestic attack, but a tion of pre-choice radicalization (why they radicalized). small minority acquire that motivation along the way or post-choice tactics (how they fight). More impor- and become more effective operatives on their return. tant, I do not purport to explain individual differential This has implications for counterterrorism, especially choice because I lack biographical data on the foreign for the handling of foreign fighters.

5 Fighters. I only seek to account for the overall relative This article addresses both a social science puzzle distribution, a task similar to that of the analyst who and a policy problem. The puzzle is the unexplained tries to understand an election outcome without having variation in choice of attack location. If jihadists have demographic data on all the voters. However, at the similar aims, why the different travel patterns? The end I tentatively probe the question of who stays and policy problem is that of assessing the domestic ter- who goes. Empirically, the inquiry focuses on jihadists rorist threat posed by those who leave. Put bluntly, in North America, Western Europe, and Australia be- Should foreign fighters be treated as lethal terrorists- tween 1990 and 2010.

6 In-the-making or as harmless freedom fighters? In I employ ad hoc terminology in which a domestic the past, countermeasures have vacillated between le- fighter is a person who perpetrates or tries to perpe- nience (pre-9/11) and harshness (post-9/11), depending trate violence in the West, whereas a foreign fighter . on prevailing assumptions about what foreign fighters is someone who leaves or tries to leave the West to fight really want. Underestimating the threat is dangerous somewhere else. Domestic here means anywhere in the West, so a French jihadist attacking in Germany counts as a domestic fighter. foreign fighting includes Thomas Hegghammer is Senior Research Fellow, Norwegian De- any military activity (training or fighting), using any fence Research Establishment (FFI), Box 25, 2027 Kjeller, tactic (terrorist or guerrilla tactics), against any enemy Norway (Western or non-Western) so long as it occurs outside I thank Scott Gates, the APSR editors, and the anonymous re- the West.

7 Co-ethnic war volunteers ( , American- viewers for very useful comments on early drafts of the article. I also Iraqis going to Iraq) are counted as foreign received helpful comments and advice from Kristin Bakke, Jeff Col- gan, Lynn Eden, Karen Greenberg, David Laitin, Brynjar Lia, Yassin From here, the analysis proceeds in seven parts. The Musharbash, Vipin Narang, Petter Nesser, and Truls T nnessen. I first reviews the literature. The next two explain how presented early versions of the article at University College London, I generated estimates of domestic and foreign fighters. the University of Aberdeen, and Stanford University; I thank all the The fourth section describes the relative distribution, participants in these seminars for helping improve the article.

8 I am grateful to Stanford University's Center for International Security and Cooperation for the Zuckerman Fellowship that allowed me to complete the article. 2 I knowingly depart from existing definitions of foreign fighter . 1 I define Islamism as activism justified with primary reference to (Hegghammer 2011; Malet 2009; Mendelsohn 2011), which often Islam and jihadism as violent Islamism. I use jihadist, violent specify that foreign fighters engage in insurgency (not terrorism). Islamist, and militant Islamist interchangeably. and that they lack kinship ties to the insurgents they join. 1. Should I Stay or Should I Go? February 2013. whereas the fifth offers explanations for it.

9 The sixth 2011; Noonan 2010). Empirical work on foreign fight- part examines the effects of foreign fighting on do- ers has focused either on recruit demand why some mestic militancy, and the final part probes differential conflicts and not others attract foreign fighters (Malet choice. 2009) or on the effect that foreign fighters have on the conflicts they join (Bakke 2011). The supply dimension of foreign fighter activism remains poorly understood. DOMESTIC AND foreign FIGHTERS Islamist foreign fighter recruitment in the West has CONFLATED so far only been studied in depth by Ciluffo, Ranstorp, and Cozzens (2010). They muster important anecdotal The now substantial academic literature on Islamist evidence on how fighters are recruited, what they do militancy in the West has focused on the causes of indi- while abroad, and how they are affected by the experi- vidual radicalization (Dalgaard-Nielsen 2010).

10 Radi- ence. However, they do not assess the scale of the phe- calization has no established definition, but is usually nomenon or its relationship with domestic militancy. In understood as the process by which an individual ac- the following, I try to be more specific. quires the motivation to use violence. The outcome of this process is usually conceptualized as a single phe- COUNTING DOMESTIC FIGHTERS. nomenon, variously termed terrorism, militancy, . violence, extremism, jihadism, and the like. Few To describe the relative distribution of domestic and have distinguished analytically between different types foreign fighters, we need some absolute numbers for of violent activism, and even fewer have asked why the supply of each. 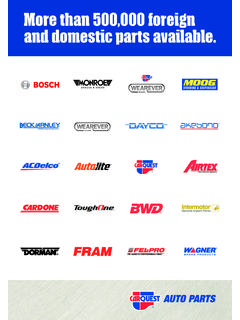 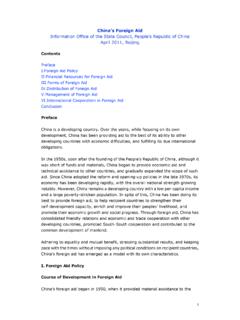 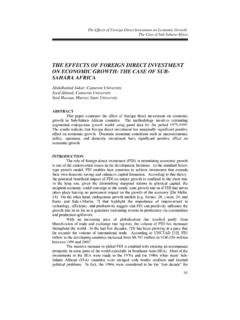 THE EFFECTS OF FOREIGN DIRECT INVESTMENT …

The Effects of Foreign Direct Investment on Economic Growth: The Case of Sub-Sahara Africa 63 is clear evidence of an overall beneficial effects on … 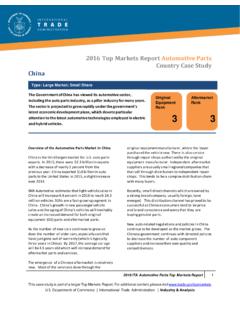 Use this form to apply for a The process is quicker … 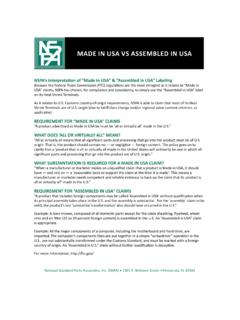 MADE IN USA VS ASSEMBLED IN USA - nspa

Made, Made in usa vs assembled in usa, Assembled