2 Bandura pioneered this body of theory and this basic concept of the learner integrated into the Social environment. F. Pajares (1996) referenced Albert Bandura (1986) In Social Foundations of Thought and Action, where Bandura wrote that individuals possess a self-system that enables them to exercise a measure of control over their thoughts, feelings, and actions. This self-system houses one's Cognitive and affective structures and includes the abilities to symbolize, learn from others, plan alternative strategies, regulate one's own behavior, and engage in self-reflection. It also plays a prominent role in providing reference mechanisms and a set of sub functions for perceiving, regulating, and evaluating behavior, which results from the interplay between the self- system and external environmental sources of influence. As such, the self-system serves a self-regulatory function by providing Social Cognitive theory 3.

3 Individuals with the capability to alter their environments and influence their own actions. Theorists and or Authors Theorists primarily include Bandura and Zimmerman with others to include but not limited to Rosethal, Berger, and Schunk. Social Cognitive theory Concepts and Theorist's Understanding ! Triadic reciprocality: Bandura postulated that the person, the behavior, and the environment were all inseparably entwined to create learning in an individual. Albert Bandura (1986, p. 18) In the Social Cognitive view people are neither driven by inner forces nor automatically shaped and controlled by external stimuli. Rather, human functioning is explained in terms of a model of triadic reciprocality in which behavior, Cognitive and other personal factors, and environmental events all operate as interacting determinants of each other. Pajares (1996) "How individuals interpret the results of their performance attainments informs and alters their environments and their self-beliefs, which in turn inform and alter their subsequent performances.

4 This is the foundation of Albert Bandura's (1978 & 1986). conception of reciprocal determinism, the view that (a). personal factors in the form of cognition, affect, and biological events, (b) behavior, and (c) environmental influences create interactions that result in a triadic reciprocality. Because personal agency is socially rooted and operates within sociocultural influences, individuals Social Cognitive theory 4. are viewed both as products and as producers of their own environments and of their Social systems. ! Efficacy: Can this be done; can I do it! Schunk (2000, p. 108) Self-efficacy refers to personal beliefs about one's capabilities to learn or perform actions at designated levels. Albert Bandura (1997) Self-efficacy is a belief about what one is capable of doing; it is not the same as knowing what to do. In gauging efficacy, individuals assess their skills and their capabilities to translate those skills into actions.

5 Albert Bandura (1986). considered self-reflection the most uniquely human capability, for through this form of self-referent thought people evaluate and alter their own thinking and behavior. These self-evaluations include perceptions of self-efficacy, that is, "beliefs in one's capabilities to organize and execute the courses of action required to manage prospective situations" There are four primary strategies for efficacy development; Mastery learning, Imitation, Modeling, and Social Persuasion. ! Mastery Learning: The focus of mastery is on developing competence in learning or in specific work. To help learners achieve mastery, it is critical to vary the type and amount of instruction depending on individual differences. Pajares (1996, p. 2) Self- efficacy beliefs are strong determinants and predictors of the level of accomplishment (mastery). that individuals finally attain.

6 Bandura (in press). argued that "beliefs of personal efficacy constitute Social Cognitive theory 5. the key factor of human agency". ! Imitation: Closely related to modeling in that the learner imitates the model to achieve mastery. Of important note to the discussion is the concept of latent action based on observation. A learner may very well not use what is observed for weeks, months, or indeed years. Inactive learning or practice will help solidify the learning from vicarious observational learning. ! Modeling: The primary role of modeling is to accelerate mastery by providing the learner with a model to imitate. Albert Bandura (1977, p. 22). states, "Fortunately, most human behavior is learned observationally through modeling; from observing others one forms an idea of how new behaviors are performed, and on later occasions this coded information serves as a guide for action.

7 " Schunk (2000) Observing a model does not guarantee learning or later ability to perform the behaviors. Rather, models serve informational and motivational functions by providing information about probable consequences of actions and affecting observers' motivation to act accordingly. Factors influencing learning and performance are developmental status of learners, prestige and competence of models, vicarious consequences to models, goals, outcome expectations, and perceived self-efficacy. ! Social Persuasion: Giving verbal and Social praises Social Cognitive theory 6. and encouragements that lead learners to exert more effort. Prickel (2000, p. 4). ! Self-Regulation: I am going to do it! There are three primary strategies for self-regulation development; Goal Setting, Planning, and Persistence. (Albert Bandura 1997, p. 2). These beliefs of personal competence affect behavior in several ways.

8 They influence the choices individuals make and the courses of actions they pursue. Efficacy beliefs help determine how much effort people will expend on an activity, how long they will persevere when confronting obstacles, and how resilient they will prove in the face of adverse situations-the higher the sense of efficacy, the greater the effort, persistence, and resilience. Butler and Winne (1995, p. 247) As self- regulating learners engage in academic tasks, they draw on knowledge and beliefs to construct an interpretation of a task's properties and requirements. Based on the interpretation they construct, they set goals. Goals are then approached by applying tactics and strategies that generate products, both mental ( Cognitive and effective/emotional) and behavioral. Monitoring these processes of engagement and the progressively updated products they create generates internal feedback.

9 This information provides grounds for reinterpreting elements of the task and one's engagement with it, thereby directing subsequent engagement. In particular, students may modify their engagement by setting new goals or adjusting extant ones; they may reexamine tactics and Social Cognitive theory 7. strategies and select more productive approaches, adapt available skills, and sometimes even generate new procedures. If external feedback is provided, that additional information may confirm, add to, or conflict with the learner's interpretations of the task and the path of learning. As a result of monitoring task engagement, students may alter knowledge and beliefs, which, in turn, might influence subsequent self- regulation. Social Cognitive theory Importance to Learning Practice Bandura felt that the behavioral models did not adequately explain how adults learned and that important psychological processes had been overlooked or only partially studied.

10 The most notable finding that prompted his work was that people could learn new actions merely by observing others perform them and this did not fit into the behavioral model of learning. The enactive model that promoted leaning by performing tasks and keeping or discarding the learning based on whether the task was successful was far too limiting, particularly in complex work where to simply do the task to learn it is virtually impossible. In the current environment of complexity, Social Cognitive theory is an important body of work helping adult educators create effective learning processes that address the way adult learners actually learn. Social Cognitive theory Workplace Example Training an individual to use sales force automation software (SFA software) would be an excellent example. It involves most of the strategies outlined in the theory . Social Cognitive theory 8. 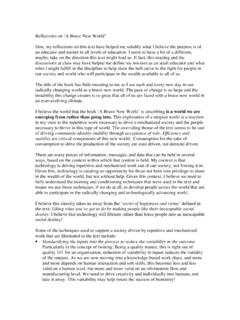 Reflections on A Brave New World

Reflections on ‘A Brave New World” Don, my reflections on this text have helped me solidify what I believe the purpose is of an educator and trainer in all levels of education.

Overview of Learning Theories Although there are many different approaches to learning, there are three basic types of learning theory: behaviorist, cognitive 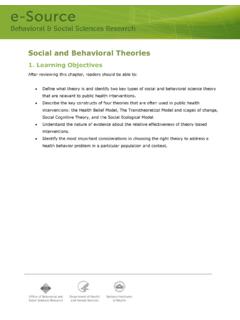 Social and Behavioral Theories. 1. Learning Objectives . After reviewing this chapter, readers should be able to: • Define what theory is and identify two key types of social and behavioral science theory

Social, Well, Nations, Begin, The well being of nations 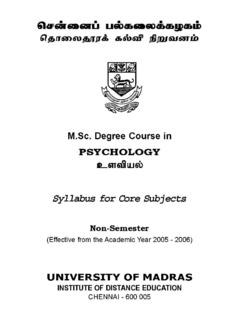