Some Real Costs of the Trans-Pacific Partnership

Global Development and Environment Institute Tufts University Some Real Costs of the Trans-Pacific Partnership : Lost Jobs, Lower Incomes, Rising Inequality By Jomo Kwame Sundaram*. February 2016. The Trans-Pacific Partnership (TPP) Agreement, recently agreed to by twelve Pacific Rim countries led by the United States,1 promises to ease many restric- tions on cross-border transactions and harmonize regulations. Proponents of the agreement have claimed significant economic benefits, citing modest over- all net GDP gains, ranging from half of one percent in the United States to 13. percent in Vietnam after fifteen years. Their claims, however, rely on many unjustified assumptions, including full employment in every country and no resulting impacts on working people's incomes, with more than 90 percent of overall growth gains due to non-trade measures' with varying impacts.

2 into the World Bank’s latest report on the global economy,3 now stress income gains for the United States of $131 billion, or 0.5 percent …

1 Global Development and Environment Institute Tufts University Some Real Costs of the Trans-Pacific Partnership : Lost Jobs, Lower Incomes, Rising Inequality By Jomo Kwame Sundaram*. February 2016. The Trans-Pacific Partnership (TPP) Agreement, recently agreed to by twelve Pacific Rim countries led by the United States,1 promises to ease many restric- tions on cross-border transactions and harmonize regulations. Proponents of the agreement have claimed significant economic benefits, citing modest over- all net GDP gains, ranging from half of one percent in the United States to 13. percent in Vietnam after fifteen years. Their claims, however, rely on many unjustified assumptions, including full employment in every country and no resulting impacts on working people's incomes, with more than 90 percent of overall growth gains due to non-trade measures' with varying impacts.

2 A recent GDAE Working Paper finds that with more realistic methodological assumptions, critics of the TPP indeed have reason to be concerned. Using the trade projections for the most optimistic growth forecasts, we find that the TPP. is more likely to lead to net employment losses in many countries (771,000 jobs lost overall, with 448,000 in the United States alone) and higher inequality in all country groupings. Declining worker purchasing power would weaken aggre- gate demand, slowing economic growth. The United States ( percent) and Japan ( percent) are projected to suffer small net income losses, not gains, from the TPP. This GDAE Policy Brief is intended to help clarify theh differences with other modeling studies and to present our findings in a less technical manner. Policy Brief Flaws in TPP Economic Projections No.

3 16-01 Optimistic claims about the TPP's economic impacts are largely based on eco- nomic modeling projections published by the Washington-based Peterson In- Feb 2016 stitute for International Its researchers used a computable general equilibrium (CGE) model to project net GDP gains for all countries involved. These figures have been widely cited in many countries to justify TPP approval and ratification. Updated estimates, released in early 2016 and incorporated * Jomo Kwame Sundaram was an Assistant Secretary General working on Economic Devel- opment in the United Nations system during 2005-15, and was awarded the 2007 Wassily Leontief Prize for Advancing the Frontiers of Economic Thought. GDAE Policy Brief No. 16-01 February 2016. into the World Bank's latest report on the global economy,3 now stress income gains for the United States of $131 billion, or percent of GDP, and a percent increase in exports by The projections methodology assumes away critical economic problems and boosts economic growth estimates with unfounded assumptions.

4 The assumption of full employment is par- ticularly problematic. Workers will inevitably be displaced due to the TPP, but CGE modelers assume that all dismissed workers will be promptly rehired elsewhere in the national econ- omy as if part of labor churning'. The full-employment assumption thus inflates projected GDP gains by assuming away job losses and adjustment Costs . The modelers also dismiss increases in inequality by assuming no changes to wage and profit shares of national income. Again, this is not supported by empirical evidence, as past trade agreements have tended to reduce labor's share. Finally, foreign direct investment (FDI) is assumed to increase dramatically, which contrib- utes a significant boost to economic growth in the Peterson Institute projections, accounting for more than 25 percent of projected economic gains in the recent update.

5 This assumes that: 1) income to capital owners will be invested; and 2) this will result in broad-based growth. Neither is supported by the evidence. A Department of Agriculture study,5 which did not assume such FDI-related investment gains, found zero growth for the United States and very modest growth elsewhere at best. The methodology of the Peterson study is flawed; consequently, growth and income gains are overstated, and the Costs to working people, consumers and governments are understated, ignored or even presented as benefits. Job losses and declining or stagnant labor incomes are excluded from consideration, even though they lower economic growth by reducing aggre- gate demand. Some economists have pointed out6 additional misleading findings in the most recent Peter- son Institute update: income gains of percent from TPP in 2030 This is raised from the institute's previous percent, mainly by extending the implementation period from ten to fif- teen years.

6 In any case, added growth of percent is very small, about percent per year over fifteen years. Exports rise by percent, but so do imports, because the model assumes fixed trade balances. This excludes, by assumption, the problems associated with rising trade deficits, which have been common after previous trade agreements. All displaced workers are absorbed immediately and costlessly in other sectors . again, by assumption. The paper does acknowledge that manufacturing employment will increase more slowly because of the TPP, and that some 53,700 more jobs per year will be displaced annually. But they view this as a small addition to normal labor market churn.. More Realistic Economic Projections We employed the UN Global Policy Model (GPM) to generate more realistic projections of likely TPP impacts.

7 Unlike most CGE models, the GPM incorporates more realistic assump- tions about economic adjustment and income distribution, assessing the TPP impact on each of them as well as on economic growth over a ten-year period. Importantly, it does not as- sume large unexplained FDI surges or investment, growth and income gains due to non- trade measures. The modeling results are summarized in the table. To facilitate comparison, we used the Peterson Institute's projected estimates of the TPP's impact on exports, applying the macroeconomic model to assess the effects of projected TPP. trade The GPM analyzes macroeconomic sectors primary commodities, energy, manufacturing and services but does not contain data on single markets (such as car parts or poultry). 2. GDAE Policy Brief No. 16-01 February 2016. TPP: Macroeconomic Projections, 2015-2025.

9 For other TPP countries, economic gains will be negligible less than one percent over ten years for developed countries, and less than three percent over the decade for developing countries. Chile and Peru's combined gain of percent comes to only about a quarter of one percent per year. The TPP is projected to lead to employment losses overall, with a total of 771,000. jobs lost. The United States will be hardest hit, losing 448,000 jobs. The TPP will also likely lead to higher inequality due to declining labor shares of national incomes. In the United States, labor shares are projected to fall by percent over ten years, continuing an ongoing multi-decade downward trend. Conclusions In sum, the TPP will increase pressures on labor incomes, weakening domestic demand in all participating countries, in turn leading to lower employment and higher inequality.

10 Even though countries with lower labor Costs may gain greater market shares and small GDP in- creases, employment is still likely to fall and inequality to increase. In fact, most goods trade among TPP countries has already been liberalized by earlier agree- ments. Instead of promoting growth and employment, the TPP is mainly about imposing new rules favored by large multinational corporations. The TPP greatly strengthens investor and intellectual property rights (IPRs), while weakening national regulation, over finan- cial services. The TPP will strengthen IPRs for big pharmaceutical, information technology, media, and other firms, by allowing pharmaceutical companies longer monopolies on patented med- 3. GDAE Policy Brief No. 16-01 February 2016. icines, keeping cheaper generics off the market, and blocking the development and availabil- ity of similar new medicines. 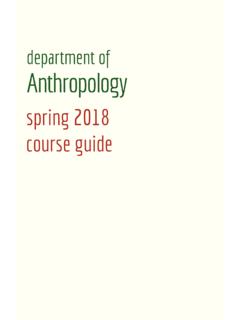 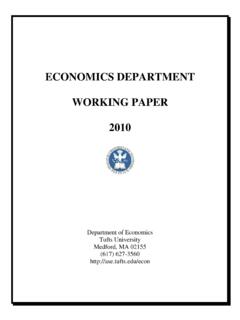 ECONOMICS DEPARTMENT WORKING PAPER 2010 Department of Economics Tufts University Medford, MA 02155 ... Within economics, there has been a large and growing literature beginning with Barro and McCleary (2003), that links religious aﬃliation and … 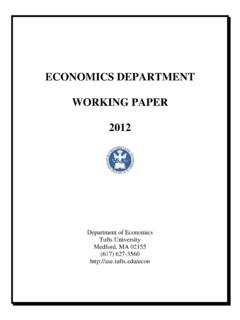 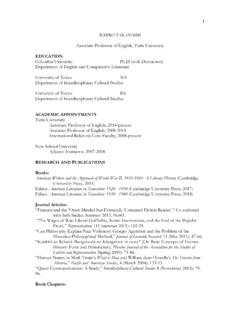 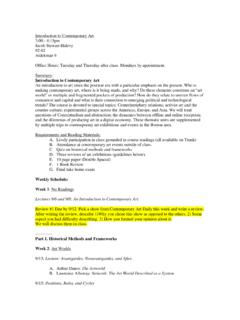 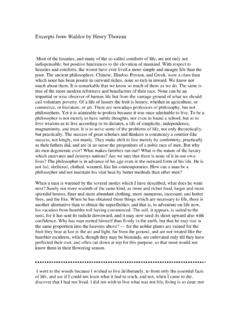 Excerpts from Walden by Henry Thoreau Most of the luxuries, and many of the so-called comforts of life, are not only not indispensable, but positive hindrances to the elevation of mankind. M&A markets across the world continue to prove highly resilient even as the range of potential geo-political risks continues to grow. Deal values have slipped back in 2017, but volumes continue to climb

ADS markets a full line of nonwoven geotextiles from Propex a world-renowned innovative and experi-enced producer of polypropylene tex-tile fibers. 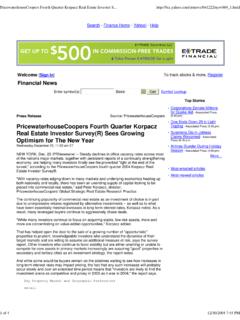