Some Sample Restrictions on Custody and Visitation

1 some Sample Restrictions on Custody and Visitation The courts generally hold that access to both parents serves the best interests of children. "The right of Visitation is an important natural, and legal right, but is one which must yield to the good of the child," Radford v. Matszuk, 223 Md. 483, 164. 904 (1960). " Visitation rights .. are not to be denied even to an errant parent unless the best interests of the child would be endangered by such contact," Roberts v. Roberts, 35 Md. App. 497, 371 689 (1977). When making a Custody (or Visitation ) determination, "the paramount and overriding consideration is the fitness of the parent at the time of the hearing, rather than based on earlier misconduct.

Samples, Maryland, Restrictions, Some, Custody, Visitation, Some sample restrictions on custody and visitation

1 1 some Sample Restrictions on Custody and Visitation The courts generally hold that access to both parents serves the best interests of children. "The right of Visitation is an important natural, and legal right, but is one which must yield to the good of the child," Radford v. Matszuk, 223 Md. 483, 164. 904 (1960). " Visitation rights .. are not to be denied even to an errant parent unless the best interests of the child would be endangered by such contact," Roberts v. Roberts, 35 Md. App. 497, 371 689 (1977). When making a Custody (or Visitation ) determination, "the paramount and overriding consideration is the fitness of the parent at the time of the hearing, rather than based on earlier misconduct.

3 Although the complete denial of Visitation to a parent is rare, sometimes it is necessary for courts to set certain Restrictions and limitations on Custody and Visitation in order to assure the safety and welfare of minor children. Below we will discuss several Restrictions that seek to address the impact of abuse, alcoholism and substance abuse, paramours, and other circumstances on the best interest of a minor child. Sometimes courts also order supervised Visitation , including through court-related supervised Visitation programs. The courts also provide for make-up Visitation where a parent has intentionally interfered with the other parent's court ordered child access.

4 Review Hearings/Conditions on Custody . See Frase v. Barnhart, et al., 379. Md. 100, 840 114 (2003): Trial Court's conditions imposed on custodial parent to move to certain housing and to require sibling Visitation to occur at place of third parties who were hostile to her were impermissible conditions, and it was error to subject her to continuing review hearings. In Koffley v. Koffley, 160 Md. App. 633, 866 161 (2005), the appellate court held that for good cause the trial court may hold a case open for a reasonable period of time to consider additional evidence which it found necessary to make a proper determination. But, it is not permissible for the trial court to make findings that dictate a particular result and then, leave its Law Office of John S.

5 Weaver 2 ultimate determination in abeyance by ordering a review hearing. Review hearings are discouraged and new petitions must be filed to support a request for modification. It is procedurally impermissible for a court, without a new or amended petition, to alter a Custody arrangement based on a later review of circumstances known or predicted to exist at the time of the initial determination. Koffley, 866 at 166 (2005). Physical/Sexual Abuse, Alcohol/Substance Abuse, and Supervised Visitation Physical Abuse (or Sexual Abuse) or Neglect. A court's "finding of child abuse does not preclude all Visitation as a matter of law." Arnold v. Naughton, 61 Md. App. 427, 486 1204 (1985).

6 maryland statutes describe the court's responsibility in assessing evidence of abuse and likelihood of further abuse or neglect and in assuring the child's safety and well-being. Each case must be decided on its own facts. If the court has reasonable grounds to believe that a child has been abused or neglected by a party to the proceeding, the court is required to determine whether abuse or neglect is likely to occur if Custody or Visitation rights are granted to the party. Unless the court specifically finds that there is no likelihood of further child abuse or neglect by the party, the court shall deny Custody or Visitation rights to that party, except that the court may approve a supervised Visitation arrangement that assures the safety and the physiological, psychological, and emotional well-being of the child.

7 In Volodarsky v. Tarachanskaya, 397 Md. 291, 916 991 (2007), the Court of Appeals held that under FL 9-101 the Court must believe the party abused or neglected the child by at least a preponderance of the evidence in order to have the requisite reasonable grounds to believe. In In Re: Adoption No. 12612, 353 Md. 209, 725 1037 (1999): court must specifically find no likelihood that parent may abuse or neglect child whose Custody / Visitation is within court's control. The focus is not on a particular child but on the party guilty of the previous abuse or neglect.. Neglect or abuse of a child in the past, as stated in FL 9-101, refers to the abuse or neglect of any child in the past, not only the child at issue in the current proceeding.

8 See also FL regarding the consequences on Custody / Visitation of a parent's conviction of murdering the other parent, another child of the parent or family members residing in either parent's household. Abuse has the meaning set forth in the Domestic Violence Act, FL 4-501. Denial of Visitation between the father and the parties' son, and restricted Visitation between the father and the parties' daughter, was upheld in Painter v. Painter, 113 Md. App. 504, 688 A. 2d 479 (1997). In Hanke v. Hanke, 94 Md, App. 65, 615 1205 (1992), the court held that where there is a factual basis for a parent's fear that the other parent is sexually abusing the child, it is improper for a judge to order that child be surrendered to the alleged abusing parent for Visitation without stringent safeguards satisfactory to all Law Office of John S.

9 Weaver 3 parties, even if the judge does not agree that there is an appreciable risk of further abuse. The appellate court held that the overnight Visitation with a designated third party to be present was not sufficient to protect the child from further sexual abuse. See also John 0. v. Jane O., 90 Md. App. 406, 601 149 (1992), where the appellate court affirmed the decision of a trial court restricting access between the father and the parties' 13 year old son. The trial court had denied overnight Visitation but did not require supervision for daytime visits. In light of the strong evidence of that the child was at risk of sexual abuse, the appellate court remanded the case to allow the trial court to "take another look at the situation.

10 To see whether supervised Visitation is indicated.". The maryland Judiciary website contains a directory of court based domestic violence programs throughout maryland . There are Abuser Intervention Programs in maryland that are specifically designed as interventions for perpetrators of intimate partner abuse. Most of these programs are 26 weekly group sessions of one and one- half hours length, such as the Montgomery County DHHS Abused Persons Program (phone: 240-777-4210). These Abuser Intervention Programs focus on power and control issues in the intimate relationship, while anger management programs generally focus on anger control and avoiding outbursts of anger that lead to violence. 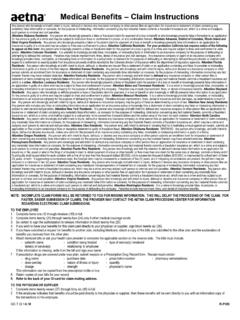 Medical Benefits – Claim Instructions . Any person who knowingly and with intent to injure, defraud or deceive any insurance company or other person files an applica tion for insurance or statement of claim containing any

This packet contains two legal documents, the Maryland Advance Directive that protects your right to refuse medical treatment you do not want or to request treatment you do 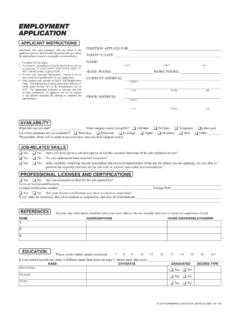 Please note that a "Yes" answer to any of the following questions will not necessarily disqualify you from employment. Factors such as the age and

AUTHORIZATION – FOR RELEASE OF …

Section 8: If you are signing the authorization as the legal representative of the individual listed in Section 1, and are other than the parent of the minor child whose information you