Sorghum: Post-harvest Operations Page 3 both grain for human consumption and fodder for livestock feed. Although yields of traditional varieties are low, they are sustainable under conditions which would make maize

2 32. 4. References .. 32. 1. Introduction SORGHUM , SORGHUM bicolor(L) Moench, is the fifth most important cereal after rice, wheat, maize, and barley. It constitutes the main food grain for over 750 million people who live in the semi-arid tropics of Africa, Asia, and Latin America. The largest group of producers are small-scale subsistence farmers with minimal access to production inputs such as fertiliser(s), pesticides, improved seeds (hybrids or varieties), good soil and water and improved credit facilities for their purchase. SORGHUM : Post-harvest Operations Page 1. Sorghums have a structure which is broadly similar to that of other cereals (Figure 1). The major components of the grain are the pericarp (outer covering), the testa between pericarp and endosperm (which may or may not be present), the endosperm, and the embryo. Figure 1: Structure of SORGHUM grain (after Sautier and O'Deye, 1989).

3 The endosperm may be corneous (vitreous) or floury, and the testa may contain tannins which affect the nutritional quality of the grain. Tannins are high molecular weight polyphenols (phenolics) which are found in grains with a brown pericarp and pigmented testa. Certain tannins known as condensed tannins, form complexes with proteins and reduce their digestibility. They can also form complexes with the alimentary tract proteases, reducing the digestibility of the proteins in the grain. Despite this negative nutritional effect, high tannin varieties continue to be grown due to their bird and insect resistance, and higher malting potential than white grain varieties. In some traditional foods and beverages, the phenolics of red SORGHUM give a desired flavour and colour. The negative effects of tannins on nutritional value can partially be overcome by removal of the testa by mechanical dehulling, or by alkaline treatment at the village level (traditionally by using wood ash) (Chantereau and Nicou 1994).

4 There are many varieties of SORGHUM ranging in colour from white through red to brown. Traditional varieties are open pollinated from which rural farmers retain seed for planting in the next season. Yields tend to be lower than the modern hybrids which are slowly being introduced. However hybrids are only cost effective when grown with supporting inputs of fertiliser, weed and pest control, and good water management. Commercial production of hybrid seed is a problem in many developing countries, and some rural farmers do not appreciate that harvested hybrid grain cannot be retained for planting the next season. Therefore they find SORGHUM production from hybrid seed expensive, even though the yields are higher than the land races. Yields from open-pollinated varieties under rain-fed conditions range from tons / ha. In contrast, hybrids can yield up to 12 t / ha under ideal inputs, soil and water conditions and higher densities of planting.

5 Resource-poor farmers prefer varieties incorporating the characteristics of resistance to insects, disease, drought, birds, and with acceptable yields of SORGHUM : Post-harvest Operations Page 2. both grain for human consumption and fodder for livestock feed. Although yields of traditional varieties are low, they are sustainable under conditions which would make maize production unfeasible or unprofitable. Commercial producers prefer dwarf varieties suitable for harvest by combine. Grain sorghums are generally grown in regions which are too dry or too hot for successful maize production. They are adapted to the drier climates due to several factors (Bennett et al. 1990):- The ability to remain dormant during drought and then resume growth;. Leaves roll up as they wilt reducing the area of leaf exposed for transpiration;. Leaves and stalks contain an abundance of waxy coating which protects them from drying.

6 SORGHUM exhibits a low transpiration ratio (kg water required to produce a kg of plant material) 141 kg for SORGHUM , 170 kg for maize and 241 kg for wheat;. Sorghums have a large number of fibrous roots that efficiently extract moisture from the soil (the absorption area is about twice that of maize); roots may be up to in length;. A large root absorption area and relatively large leaf area;. Sorghums can withstand temperatures above 38 _C, but dry winds coupled with hot weather during pollination reduce yields. Best yields are realised when temperatures during the season are 24-27 _C;. The water requirements for SORGHUM vary within the range 350-700 mm depending on the length of the growing cycle; short growing cycle is 90 days; long growing cycle, more than 130 days. Within many semi-arid areas of developing countries, typical temperatures range from 20- 38_C with annual rainfall ranging from 300-750 mm.

7 In the USA, hybrid grain sorghums are grown where annual rainfall ranges from 380-640 mm. The growing season is longer than 130. days. To obtain optimum yields in conditions of good soil fertility, a short growth cycle variety needs between 500 to 600 mm of well distributed rainfall; 650 to 800 mm for an average growth cycle variety; and 950-1100 mm for a long growth cycle variety. Since SORGHUM is predominantly a rain-fed crop grown by subsistence farmers, yields largely depend on the capacity for drought resistance of the variety used. Sorghums can tolerate a wide range of soil pH and textures. World Trade SORGHUM , apart from being a subsistence crop, is an important commercial and export crop for the United States of America, Australia, and Argentina. In these countries dwarf hybrid varieties are grown and harvested mechanically, predominantly for livestock feed. The major areas of SORGHUM production are listed in Table 1 (FAO, 1995).

9 Most is used in livestock feed. The market price for SORGHUM is a function of its value in terms of its demand, its purpose, and nutritional quality. Livestock feed manufacturers procure feed materials according to a price per nutrient basis. Since the nutritional value of SORGHUM is broadly 85 percentage - 90. percentage of that of maize (due to the lower digestibility of the nutrients it contains), assuming that both were equally available, SORGHUM would have lower relative value. In reality, the price of grains has been influenced by political, social and agronomic factors, not always in support of SORGHUM , and often in support of maize, usually involving a subsidy. Primary product In communities where SORGHUM is grown as a subsistence crop the main food products prepared include thin and thick porridges, fermented and unfermented breads, lactic and alcoholic beers and beverages, malted flours for brewing, malted porridge mixes and weaning foods.

10 In Kenya and South Africa, there is a small but growing market for pearled SORGHUM as an alternative to rice. In India, proposals have been made for use of dehulled SORGHUM within feeding regimes for infants and children (Pushpama, 1987). SORGHUM : Post-harvest Operations Page 4. Many countries have investigated the options for a composite wheat- SORGHUM flour but few have found commercial adoption. SORGHUM does not contain the elastic protein, gluten, and thus the functional properties of SORGHUM for wheat-based bread and biscuit type products limits its inclusion level to a practical maximum of 10-15 percentage before changes in the structure of the product can be positively identified. Inclusion is also dependent upon availability of SORGHUM , appropriate varieties and the relative price of wheat and SORGHUM at the mill gate. Figure 3: Flow sheet of grain SORGHUM wet milling (after Watson 1970).

STATE OF GEORGIA CERTIFICATE OF EXEMPTION … 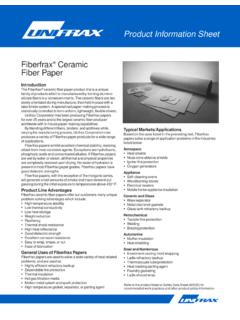 Fiberfrax® Ceramic Fiber Paper Introduction The Fiberfrax ® ceramic fiber paper product line is a unique family of products which is manufactured by forming alumino-silicate fibers in a nonwoven matrix. 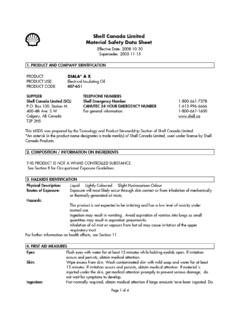 2 SIKA-R...AX, is a brand name for GKN Sinter Metals’ high porosity,stainless filter elements manufactured by our co-axial pressing process. Production and materials GKN sintered filter elements can be made from any metallur- 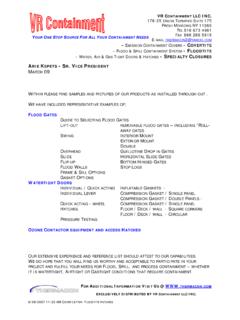 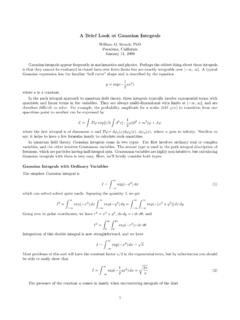