production in 1919 with a range of 'Peace Programme' models. Priced at £90 with three-speed gearbox, clutch, footboards and kick-start, the W20 was the most expensive top-of-the-range Deluxe model of the 1920 2¾ HP models. This machine was left in the store room of a London motorcycle dealership in a non-running, derelict condition for many ...

4 Priced at 90 with three-speed gearbox, clutch, footboards and kick-start, the W20 was the most expensive top-of-the-range Deluxe model of the 1920 2 HP models. This machine was left in the store room of a London Motorcycle dealership in a non-running, derelict condition for many years. Purchased when the dealer closed in 2005, it was restored by the owner in time for the Douglas centenary in 2007 and used for London Douglas Club events, shows and Brooklands events. 1926 Cotton Brooklands Blackbur 2 Pre 1950 Lightweight Competition / Special Club: Roaring Twenties MCC. Bike Details: This motor cycle is a replica of the type of machine that would have been used at Brooklands during the mid to late twenties. The 350cc engine is a genuine ex-Brooklands motor that came from Mr FC Millar, and was raced by him in the twenties. Freddie Millar raced Cotton and Chater Lea at Brooklands in the twenties.

7 Built by the talented engineer Richard Johns. The AJS V-Twin project has been one of his most challenging to date and has involved using his stock of early Velo components to re-create a one-off bike that had first been made by AJS in 1930 for an attempt on the world speed record. The engine of this original version is essentially two 500cc R10. cylinders, heads and cam-boxes on V-Twin crankcases. Richard's bike is not an exact copy and uses two Mk1 OHC Velocette cylinder barrels, heads and cam- boxes, with the components for the rest of the engine manufactured from scratch. An AJS chassis and gearbox, etc were then added to make the rest of the bike Hear it run in the Fire-Paddock adjacent to the Show Hall at 11am and 1pm today. 1932 Norton International 30 500 Pre 1950 Competition / Special Club: Norton OC (Surrey). Bike Details: This is a 1932 International Norton with late 30's upgrades including hair-pin valve springs, magnesium racing cam box, front fork check springs, rev counter and Doll's Head Inter gearbox with Daytona first gear.

8 1937 Rudge Ulster 500 Pre 1950. Club: VMCC (East Sussex). Bike Details: Total rebuild of my father's bike (Charlie Stanford), which broke down and was left against the garden wall. After some years, Mrs Stanford skipped it, and on coming home from work Dad had to hot-foot it to find it! Luckily he retrieved it, and again left it propped up against the garden wall as the sub-frame had been damaged whilst in transit in the skip. Some years later, I started work on the machine, and it has taken six years to complete. 1937 Velocette KSS MK II 350 Pre 1950 Lightweight Club: British Owners Club Essex Bike Details: Pre-War Velocette with the fabled cammy engine. 1938 Rudge Sports Special 500 Pre 1950 Competition / Special Club: VMCC (Surrey & Sussex). Bike Details: The Sports Special 500cc model was introduced in 1937, production ceased in 1939. This example has been rebuilt twice, first time from a basket case where parts were missing, the second time after an accident in 2000.

10 Sold back to Triumph after the war, refurbished (painted black and chromed) and exported to India. Repatriated in the late 90's, totally worn out, and rebuilt by the present owner in 2001. It has since covered 15,000 miles since then, including 7 visits to the Normandy D-Day commemorations. 1947 Norton Manx 500 Pre 1950 Competition / Special Club: Bike Details: This bike was raced early in its life, but its race history is not known. Now used for shows and track parades. With garden-gate frame, it has not been restored. 1947 Vincent Rapide Series 'B' 998 Pre 1950. Club: Vincent HRD OC. Bike Details: Built from a box of bits with a lot of help from friends in the Vincent Owners Club. Finished in 2007 after 17yrs of hard work and lots of searching for the right bits. It had the wrong forks, wrong RFM (I now have the correct and original RFM, found sawn up and missing some lugs, but with its original correct number rear lug, thanks Conways), trailer mudguards, Triumph Herald car wheels (with home made hubs), disc brakes, chrome headlamp plus many odd fittings. 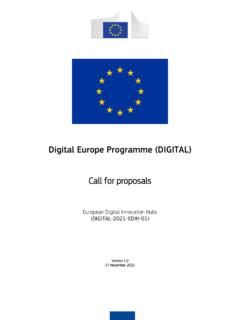 Call: DIGITAL-2021-EDIH-01 — European Digital Innovation Hubs EU Grants: Call document (DEP): V1.0 – 17.11.2021 5 0. Introduction This is a call for proposals for EU action grants in the field of “Deployment of Capacities and Interoperability” under the Digital Europe Programme (DIGITAL). The regulatory framework for this EU Funding Programme is set out in:

knowledge hubs within district hospitals, strengthening secondary level care at district hospitals, expanding outreach services, improving community processes and ... *Many Strategic Changes and programme components are overlapping to achieve Goals and Objectives. For convenience they are put in one category 2.2 Components Components of NHM

use of pack down in order to minimise surplus. For Hospital Hubs and Vaccination Centres, Pfizer will be supplied in full boxes of 1,170 doses. How will we separate first and second dose vaccines on site? • Vaccine deliveries will not be separated into first and second doses. This will need to 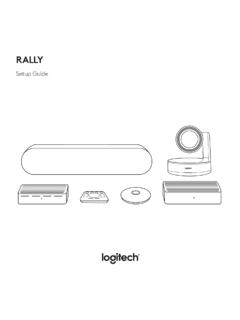 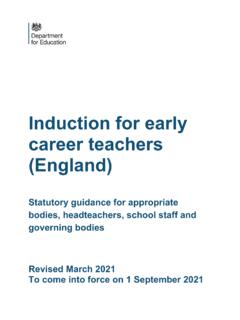 teaching. It combines a structured programme of development, support and professional dialogue, underpinned by the Early Career Framework, with monitoring and an assessment of performance against the Teachers’ Standards (see para 1.8). The programme should support the early career teacher and 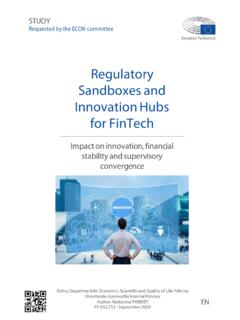 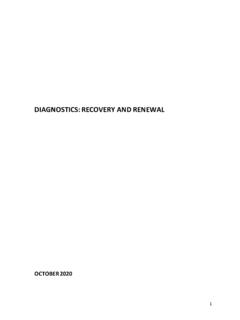 • Community diagnostic hubs should be established away from acute hospital sites and kept as clear of Covid-19 as possible. • Diagnostic services should be organised so that as far as possible patients only have to attend once and, where appropriate, they should be tested for Covid-19 before diagnostic tests are undertaken.