SPE 152596 3 The technical literature around the “adaptation” of horizontal wells and hydraulic fracturing to shale developments is extensive, addressing nearly every aspect of shale gas and oil development with over 550 papers in shale

2 Permission to reproduce in print is restricted to an abstract of not more than 300 words; illustrations may not be copied. The abstract must contain conspicuous acknowledgment of SPE copyright. Abstract Identification of risk, the potential for occurrence of an event and impact of that event, is the first step in improving a process by ranking risk elements and controlling potential harm from occurrence of a detrimental event. Hydraulic Fracturing has become a hot environmental discussion topic and a target of media articles and University studies during development of gas shales near populated areas. The furor over Fracturing and frac waste disposal was largely driven by lack of chemical disclosure and the pre-2008 laws of some states. The spectacular increase in North American natural gas reserves created by shale gas development makes shale gas a disruptive technology, threatening profitability and continued development of other energy sources. Introduction of such a disruptive force as shale gas will invariably draw resistance, both monetary and political, to attack the disruptive source, or its enabler; Hydraulic Fracturing .

3 Some anti-frack charges in media articles and university studies are based in fact and require a state-by-state focused improvement of well design specific for geology of the area and oversight of overall well development. Other articles have demonstrated either a severe misunderstanding or an intentional misstatement of well development processes, apparently to attack the disruptive source. Transparency requires cooperation from all sides in the debate. To enable more transparency on the oil and gas side, both to assist in the understanding of oil and gas activities and to set a foundation for rational discussion of Fracturing risks, a detailed explanation of well development activities is offered in this paper , from well construction to production, written at a level of general public understanding, along with an initial estimation of frac risk and alternatives to reduce the risk, documented by literature and case histories. This discussion is a starting point for the well development descriptions and risk evaluation discussions, not an ending point.

4 Introduction to Risk There are no human endeavors without risk. Risk management is the identification, assessment and prioritization of risks followed by coordinated and economical application of resources to minimize, monitor and control probability and/or impact of unfortunate effects (Wikipedia). At a minimum, basic risk concerns are: People, Economic Loss (to all concerned), Environmental Damage and Reputation Loss. Figure 1, a standard loss matrix used by Apache Canada in the Horn River development (DeMong, 2010), is a good starting place for the discussion. Consequences run from slight and practically unavoidable to severe and avoidable at all costs. This paper , for purposes of brevity, will focus solely on risk to the environment from Hydraulic Fracturing operations, 2 SPE 152596 . starting with transport of materials and ending when the well is routed to the production facilities and gas sales begin. The form of Figure 1 will be expanded and comments and descriptions of problems that begin with drilling, well construction and production will be discussed, but their risk assessment is in a separate category.

5 Many well development problems are blamed on Fracturing , but have nothing to do with the Fracturing process. Some of these excluded problems are real and are definitely worthy of inclusion in the discussion, to help define the boundaries of the Fracturing risk and as a starting point for further understanding and work. The initial assumption for the risk matrix is that the well is new and was constructed correctly (to design requirements) so that all producible formations are securely isolated behind the barriers of casing (pipe) and competent cement. No assessment of Fracturing risk is made here for wells outside of the design requirements. The justification for this assumption is that the vast majority of Fracturing is the first major stimulation in a well and occurs immediately after completing a new well. If an older well is re-fractured, then an assessment of well integrity and a separate risk analysis would be required. Introduction to Fracturing Hydraulic Fracturing and horizontal wells are not new tools for the oil and gas industry.

6 The first Fracturing experiment was in 1947 and the process was accepted as commercial by 1950. The first horizontal well was in the 1930's and horizontal wells were common by the late 1970's. Millions of fracs have been pumped (Society of Petroleum Engineers estimate million fracs world-wide and over 1 million in the US) and tens of thousands of horizontal wells have been drilled over the past 60 years. Even shale gas, especially from the Devonian shales (including Marcellus), are not new producing intervals. Devonian shales are the source rocks for the shallow oil wells of eastern Pennsylvania, where Mr. Drake drilled the first US oil well after noticing a number of natural seeps of oil and gas in the area. Concentrated shale Fracturing research was kicked off by a Department of Energy (DOE) grant in the 1970's. Earlier forays include the first shale gas well in 1821 in Fredonia, New York, and archeological data on gathering of oil and tar from natural seeps by North American native inhabitants going back over 1500 years.

7 SPE 152596 3. The technical literature around the adaptation of horizontal wells and Hydraulic Fracturing to shale developments is extensive, addressing nearly Every aspect of shale gas and oil development with over 550 papers in shale Fracturing and 3,000 on all aspects of horizontal wells. These publically presented and peer reviewed technical papers are from contributors covering 30+ years of shale technology development. The shale papers in the past three years alone are from over 70 universities, 4 US national labs, over a dozen state, federal and international agencies and more than a hundred energy and service companies. The references presented here are a very small part of the 60,000 industry and academia papers and studies available on oil and gas operations. A. historical review of shale gas Fracturing Thirty Years of Gas Shale Fracturing : What Have We Learned was presented in 2010, that reviewed 270 literature sources, focusing on the critical papers of shale development (King, 2010).

8 Many other technical resources are available from universities, government, industry and study groups (Arthur, 2009; Engelder, 2008; Cramer, 2008; Lash; Modern, 2009; Zammerilli, 1989; Yost, 1989; Sumi, 2008; Soeder, 2008; Suarez-Riveria, 2009; Milici, 2005; Perkins, 2008). For purposes of this paper , the components of well development, , from seismic evaluation to production, are explained with intent to educate using basic descriptions and information on each step. Problem areas are purposely identified, not to vilify or glorify, but to help the public understand the risks and the steps that can be taken to reduce those risks. In any risk matrix, local conditions will influence the conclusions. For regional or area studies, the impact and the occurrence information, from traffic accidents to well incidents should be from the area, but wider studies of other factors may be necessary for purposes of well population and incident review. There are over 840,000 oil and gas wells in the US (EIA, 2009) and a world-wide well count of approaching million, but in a given field or even a small basin, the well population may not be sufficient for reasonably accuracy in risk estimates.

9 Estimating risk at both regional and area levels allows identification of risk areas and refinement of that risk through knowledge of local conditions. Different companies operating in different areas of the country may use the same risk estimation approach but reach different values due to differences in roads, well construction requirements, infrastructure, engineering experience, local geology, regulations and other factors. The gas and oil containing shales featured in this paper are classified as shales on the basis of the size of the very fine particles or grains that make up the rock. They are actually very fine grained sandstones, often with similar mechanical properties to the sandstones that comprise conventional gas and oil producing reservoirs. The difference is that conventional sandstones may have permeabilities in the range of to 20 millidarcies (abbreviated as md ), while these gas shales may have permeabilities of to over md (or 1 to over 100 nanodarcies).

10 Permeability is a measurement of the ease of flow of fluids through the rock and a typical shale gas reservoir with a permeability of 100 nanodarcies has a permeability of 1/1000 of 1% of the permeability of a conventional reservoir with 10 millidarcy permeability. Fluid flow is much easier in materials with higher permeability. For reference, beach sand is roughly 2000 md, construction-grade cement averages about md and shales vary from about to (Table 1). Not Every shale has sufficient permeability to produce gas, even with the assistance of Hydraulic Fracturing . Permeabilities are measured in the matrix or porous part of the rock. Gas and oil productive shales have natural fractures and micro-fissures, a characteristic missing from high-clay content shales that serve as natural seals 4 SPE 152596 . and barriers (with permeabilities so low they approach the permeability of steel pipe). Natural barriers are the rock seals that have held the gas, oil, and salt water in the reservoir for millions of years. 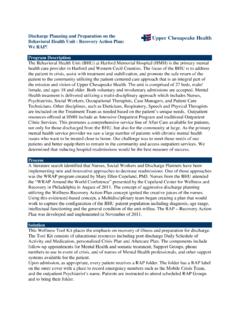 Discharge Planning and Preparation on the Behavioral ... 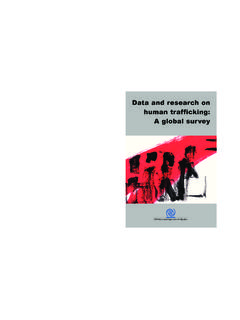 Data and Research on Human Trafficking: A Global Survey Offprint of the Special Issue of International Migration Vol. 43 (1/2) 2005 edited by Frank Laczko and Elzbieta Gozdziak

Discharge Planning and Preparation on, And Research on Human Trafficking: A Global Survey