CIM 95-136. SPECIAL CORE ANALYSIS DESIGNED TO. MINIMIZE FORMATION DAMAGE associated with . vertical / horizontal drilling applications . By Doane, , Bennion, , Thomas, , Bietz, R, and Bennion, Hycal Energy Research Laboratories Ltd. Abstract well drilling programs. This paper highlights test procedures used in the past, describes some potential Laboratory testing of core material to attempt to problems with these test procedures, and outlines the optimize drilling fluid composition and procedures has current state of the art in laboratory technology with been used for many years to attempt to MINIMIZE invasive respect to specialized laboratory testing to evaluate drilling formation damage of a mechanical, chemical or biological induced damage for vertical and horizontal well nature which can occur during the drilling of horizontal or applications . vertical wells. This paper discusses the deficiencies of past methods, such as the use of non-representative core CommonMechanisms of Formation Damage During or fluids, non-preserved or non-restored state core, Overbalancedand UnderbalancedDrilling Operations ambient conditions of temperature and overburden pressure, direct injection of muds/filtrates into samples and A number of authors have provided a detailed unrealistically high drawdown gradients for cleanup.

1 CIM 95-136. SPECIAL CORE ANALYSIS DESIGNED TO. MINIMIZE FORMATION DAMAGE associated with . vertical / horizontal drilling applications . By Doane, , Bennion, , Thomas, , Bietz, R, and Bennion, Hycal Energy Research Laboratories Ltd. Abstract well drilling programs. This paper highlights test procedures used in the past, describes some potential Laboratory testing of core material to attempt to problems with these test procedures, and outlines the optimize drilling fluid composition and procedures has current state of the art in laboratory technology with been used for many years to attempt to MINIMIZE invasive respect to specialized laboratory testing to evaluate drilling formation damage of a mechanical, chemical or biological induced damage for vertical and horizontal well nature which can occur during the drilling of horizontal or applications . vertical wells. This paper discusses the deficiencies of past methods, such as the use of non-representative core CommonMechanisms of Formation Damage During or fluids, non-preserved or non-restored state core, Overbalancedand UnderbalancedDrilling Operations ambient conditions of temperature and overburden pressure, direct injection of muds/filtrates into samples and A number of authors have provided a detailed unrealistically high drawdown gradients for cleanup.

2 The discussion of potential formation damage mechanisms paper describes the current state-of-the-art technology which may occur during overbalanced and underbalanced used to eliminate many of these concerns and also to drilling operations. A summary of this work is provided in extend drilling fluid evaluation technology to extremely the Iiterature(1-6).These mechanisms would include: heterogeneous carbonate and sandstone formations, fractured formations and specific test equipment and 1. MechanicallyInducedFormation Damage procedures used to evaluate the effectiveness and utility a. Physical migration of in-situ fines and mobile of underbalanced drilling programs. particulates b. The introduction of extraneous solids of either an Introduction artificial nature (ie. weighting agents, fluid loss agents, or artificial bridging agents) or naturally Formation damage occurring during the drilling of occurring drill solids generated by the milling action horizontal or vertical wells can be a significant mechanism of the drill bit on the formation.

3 Of ultimate reduced productivity in both oil and gas bearing c. Relative permeability effects associated with the formations. In some cases a combination of petrographic entrainment of extraneous aqueous or hydrocarbon and SPECIAL core ANALYSIS techniques are used to evaluate phases within the porous medium. the potential effectivenessof proposeddrilling fluids and d. Formation damage effects associated with the use procedures, prior to the actual cost and risk of of extreme underbalance or overbalance pressures implementation. These tests are conducted to obtain a and associated fines migration or spontaneous better assessment of the risk associated with the use of imbibition phenomena. proposed drilling fluids and to optimize the fluid and e. Direct mechanical glazing phenomena associated procedures which will be utilized in a given horizontal or with bit-formation interactions. This particular vertical well operation to maximize ultimate productivity of damage mechanism is usually associated with gas oil or gas.

4 Considerable advances have been made in drill operations where high bit-rock temperatures recent years in both the executionand interpretation of the commonly occur. results of laboratory coreflow tests to obtain representative results for effective field design of horizontal and vertical 2. ChemicallyInduced Formation Damage. Early Core Flow Test Designs a. Clay induced formation damage associated with the reaction of low salinity or fresh invaded fluid filtrates Figure 1 provides a schematic illustration of an early with potentially reactive clays (swelling clays or coreflow test apparatus utilized to conduct a variety of mixed layer clays). Low salinity or pH shocks may different types of formation damage studies. Many of the also result in clay deflocculatlon phenomena which early studies concerned with drilling induced formation are a disruption of electrostatic forces which are damage focused primarily on damage associated with the holding clays in a flocculated state.

5 This invasion of filtrate from the mud into the formation. Hence, phenomena is common in some kaolinite rich many of these tests were conducted in a si~ljfied fashion reservoirs. using extracted core samples into which fresh water or b. The precipitation of waxes, solids, asphaltenes or proposed mud filtrates were displaced and on which diamondoids caused by a reduction in temperature evaluation of permeability reductions were based. or pressure associated with the drilling process, or However, as described in the previous section detailing incompatibility between introduced hydrocarbon damage mechanisms, potential reactivity with clays or fluids and in-situ hydrocarbon fluids resulting in a in-situ reactivity between invaded fluids and in-situ fluids destabilization and precipitation of asphaltenes. represents only a small fraction of the potential c. The formation of insoluble precipitates caused by mechanisms of damage which could be induced during a the blending of incompatible drilling and completion typical drilling operation.

6 Filtrates with in-situ foreign waters. d. The generation of high viscosity stable water in oil Later test procedures attempted to mirror some of the emulsions in the near wellbore region caused by more realistic effects associated with the drilling process the invasion of incompatible water-based filtrates by utilizing either whole drilling muds or synthetic muds resulting in the formation of an emulsion block. containing synthetic solids. Many of these tests were e. Wettability alterations associated with the use of conducted in an erroneous fashion by directly displacing invert drilling muds or other muds containing high these muds at an elevated pressure into the samples in a concentrations of polar surfactants or materials. forced displacement or squeeze type mode. Since in a Near wellbore wettability alterations can reduce the natural operation in the field the circulating fluid flows in relative permeability of oil significantly and increase the annular space and a natural filter cake is built up relative permeability to water, causing a dramatic which impedes the infiltration of both solids and mud change in the water-oil production characteristics of filtrate into the formation, this does not represent an a given completion.

7 Accurate simulation of what is occurring. In many situations very erroneous results were obtained with 3. Biologically Induced Formation Damage. The introduction indications of either stable filter cakes or significant of bacterial agents during drilling and completionis a invasion depending on the way the tests were conducted major concern as problems associatedwith bacterial and the injection pressures which were ultimately utilized. growth in porous media can be of a delayed yet significant onset. Major problems associated with bacteriallyinduceddamagewould include: In many cases extremely high drawdown pressures to a. Secretionof high molecularweight polysaccharide conduct the regain permeability measurements after drilling polymersto fonn pluggingbio- films or bio-slirnes. fluid exposure were also applied (anywhere from 7000 to b. Colonization of bacteria onto conductive metal 30000 kPa) across small core plugs a few centimetres surfacesresultingin pitting and corrosion.

8 Long in order to clean up invasive damage. Many different c. Propagation of sulphate reducing bacteria (a types of formation damage are capillary pressure classificationof anaerobic bacteria which do not dominated and can be mobilized at very high implied require oxygen to survive) and the resulting instantaneous pressure gradients. However, in most metabollzation of sulphate present in naturally reservoir situations it is not possible or even feasible to occurring fonnation or injection water to toxic apply as high of drawdown pressure gradients as were hydrogensulphidegas. commonly utilized in many laboratory core flood experiments. For this reason the results of the regain Many of the problems associated with drilling induced permeability measurements which may have Indicated formation damage can be diagnosedthrough appropriate nominal or no damage may have been entirely misleading. laboratory simulation techniques and appropriate If realistic drawdown gradients which could normally have procedures and fluids developed to mitigate or reduce been applied in the reservoir were utilized, a significant many of the damage concerns previously mentioned.

9 Amount of residual damage may have been retained. The majorityof the original tests were also conducted on extracted core samples and did not take into considerationmany parameters such as restored state 2. wettability or correct initial water or gas saturation of productionwill ultimatelyoccur from these zones and conditions. These factors are key parameters, both in the higherqualityzonesoften tend to be susceptibleto the controlling fluid loss and invasion rates into the formation greatest degree of invasive damage. For this reason and as a basis for the propensity for aqueous or much of the effort associated with typical formation hydrocarbon phase trapping during regain permeability damage and evaluation programs often tends to be measurements. Particularly troublesome is the fact that centred around what is considered to be better quality many reservoir evaluations targeted for gas reservoir reservoir. If the formationis heterogeneous(ie. a highly application were not conducted using gas as a vugularcarbonate,fracturedsystem or laminatedsands), displacement fluid but were conducted using synthetic oils then specialcare must be taken in orderto obtainsamples or water, which represent a totally foreign situation with which are consideredto be representative.

10 In general,in respect to representing the reservoir under consideration. this type of formation standard cm diameter plugs cannotadequatelycapturea sufficientvolume of the pore system in order to allow for an accurate mud evaluation Therefore, in recent years a considerable effort has test. Specific details on the selection and mountingof been expended in attempting to obtain core samples of samplesof this type are containedlater in the paperwhen representative character and quality and duplicating the technologyfor more sophisticatedformationdamage original reservoir conditions such as wettability, saturation, tests is discussed. temperature, pressure, flow rates, drawdown pressures etc. in order to allow scaling and application of laboratory For all types of formation damage testing it is essential data back to field conditions which are as realistic as that correct initial conditions of wettability and water possible. saturation be instituted into the samples prior to the commencement of the testing. Mechanisms of Formation Damage and … 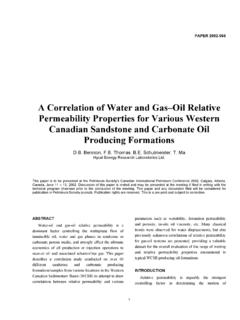 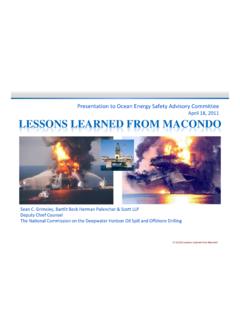 What Happened – High Level 1. Bottomhole cement was the only “active” barrier when blowout occurred Mud removed (underbalanced) and BOP was open 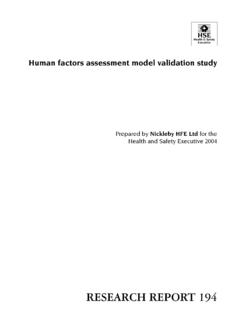 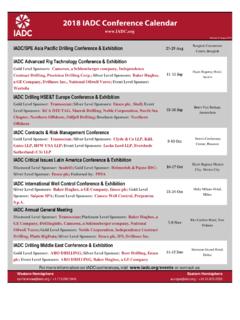 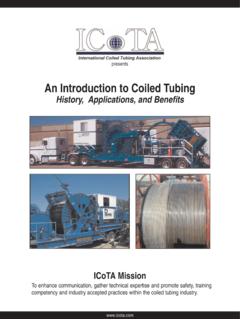 An Introduction to Coiled Tubing

International Coiled Tubing Association What is CT? Coiled Tubing (CT) has been defined as any continuously-milled tubular product manufactured in 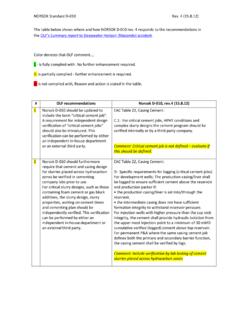 2 Drilling Fluid Systems & Products Version 6 Before people work for M-I SWACO, a Schlumberger company, we screen them not only for current skills