Specifications for the All-Cause Unplanned Readmission ...

All-Cause Unplanned Readmission Measure for 30 Days Post Discharge from Inpatient Rehabilitation Facilities. 1.2 Summary Description of the Measure . This measure estimates the risk-standardized rate of unplanned, all-cause readmissions for patients discharged from an inpatient rehabilitation facility (IRF) who were readmitted to a short-

3 Discharge. The measure will be based on data for 24 months of IRF discharges to lower levels of care or to the community. A risk-adjusted Readmission rate for each facility begins with the calculation of the ratio of the predicted number of readmissions at the facility divided by the expected number of readmissions for the same patients if treated at the average facility. This standardized risk ratio is then multiplied by the mean rate of Readmission in the population ( , all Medicare fee-for-service [FFS] patients). The risk adjustment for the predicted (numerator) and expected (denominator) number of readmissions is described below. This risk-standardized ratio is the essential indicator in differentiating a facility's effects on Readmission rates.

4 For this measure, readmissions that are usually for planned procedures are excluded. 1 The measure definition is further described below. Purpose of Measure Because the measure tracks patients for 30 days after discharge from an IRF, it will provide information to providers that is not easily available to them currently. Rates of Readmission are related to quality of care, particularly in the transition from the hospital to the next care setting. Though facility-level readmissions are not expected to be zero, elevated risk-adjusted Readmission rates are indicators that there are opportunities for improvements in patient care and transitions of care. 1. Planned procedures were determined by clinical panels convened for the hospital-wide Readmission measure and supplemented for the IRF measure.

5 They are defined by a table of ICD-9 procedure codes that may appear on a hospital claim, with exceptions to the status of planned when certain principal diagnosis codes appear on a claim. Current as of May 2, 2013 3. In 2010, almost 360,000 Medicare FFS beneficiaries received care in roughly 1,180 IRFs nationwide. 2 In 2011, about 371,000 Medicare beneficiaries received care in roughly 1,165 IRFs nationwide. 3 For patients discharged from an IRF, the unadjusted rate of Readmission to a short- stay acute-care hospital or an LTCH in the 30 days after an IRF discharge was about 15 percent (RTI analysis of 2010 2011 Medicare Claims data). With such a large proportion of patients being readmitted to an acute level of care in either a short-stay acute-care hospital or an LTCH, CMS proposes 4 to monitor the Readmission rates for each IRF to improve patient care and transitions of care.

6 By doing so, CMS hopes to reduce IRF Readmission rates that are inappropriately high and improve patient safety and quality of care. Reducing avoidable readmissions can also reduce costs to the Medicare program. Readmission rates are affected not only by the characteristics of patients, but by complex and critical aspects of care such as communication between providers or between providers and patients; prevention of and response to complications; patient safety; and coordinated transitions to the outpatient environment. 5 Readmissions have been identified as being sensitive to improvements in coordination of care and discharge planning for patients. Literature on readmissions focuses mainly on discharges from short-stay acute-care hospitals.

7 However, processes that affect Readmission , such as discharge planning and transition of care, communications, and care coordination, also occur at other inpatient facilities, such as the IRFs, and may affect Readmission rates. Randomized controlled trials in short-stay acute-care hospitals have shown that improvements in the quality of care during the initial admission; improvement in communication with patients, their caregivers, and their clinicians; patient education;. predischarge assessment; and coordination of care after discharge can directly reduce 30-day Readmission rates by 20 to 40 percent. A 2011 meta-analysis of such randomized clinical trials found evidence that interventions associated with discharge planning helped to reduce Readmission rates.

10 This group includes patients discharged from the IRF to skilled nursing facilities or home health care, or patients who are discharged to the community or nursing homes. It excludes patients who are transferred to another IRF, short-stay acute-care hospital, or an LTCH on the day of discharge or the day following the day of discharge from the IRF. To clarify the relationships between events used to define the population included in this measure, Figures 1 through 3 present three different scenarios. In Figure 1, the patient has a prior short-term acute-care hospital stay within 30 days prior to the IRF admission. There may have been program interruptions during the IRF stay, which are not considered in the measure. Since the patient is not readmitted in the 30-day post-discharge window, the patient is included in the measure as No Readmission .

DEPARTMENT OF HEALTH AND HUMAN SERVICES … 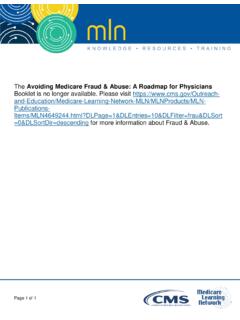 After examining the available medical evidence, the Centers for Medicare & Medicaid Services determines that no national coverage determination is appropriate at this time.

6. Interviews with Prescribers. None of the guidance to surveyors should be construed as evaluating the practice of medicine. Surveyors are instructed to evaluate the process of care. 1. news brief. Transforming the lives of nursing home residents through continuous attention to quality of care and quality of life. VOLUME 1 / 2013 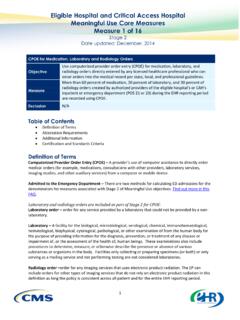 CPOE for Medication, Laboratory and Radiology …

licensed healthcare professional or certified medical assistant to create the first record of that order as it becomes part of the patient’s medical record, ... 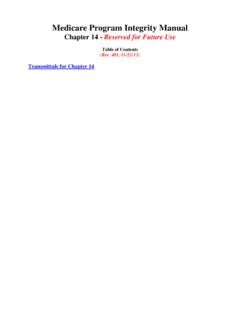 Transmittals for Chapter 14 - Centers for Medicare … 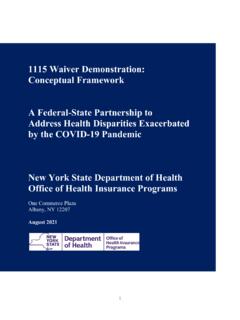 models indicated that the State required inpatient capacity of anywhere from 55,000 to 136,000 1 ... directly reduced readmissions. The DSRIP program also incorporated a Value-Based Payment Roadmap, which achieved its goals of at least 80% of the value of … 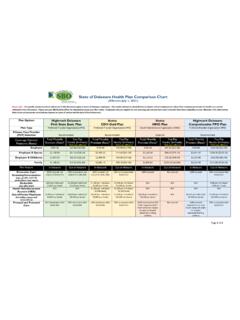 Center of Excellence (COE)*: Costs noted are for an inpatient stay. ... which includes delivering surgery and post-operative care more efficiently and with lower risk of complications and readmissions. **Members are encouraged to review the Highmark or Aetna plan documents for details regarding coverage.

care readmissions where the beneficiary was coded as being discharged to another provider before being readmitted. Effective January 1, 2004, change request (CR) 2716 (Transmittal A-03-065) established CWF edits to ensure accurate payment for beneficiaries readmitted to the same Inpatient Prospective Payment System (IPPS) provider on the same day. 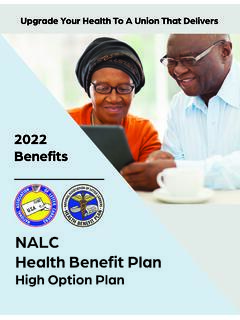 Care, Inpatient Hospital Benefits, Chiropractic Care, Telehealth Services, Health and Wellness Programs, and much more, we are a first-rate plan. Our benefit package is designed to empower members to take an active role in their health and wellness. We believe that you should be informed, involved, and deserve quality health

hospitalization, surgery, discharge planning, readmissions from complications, post-operative services, medications not otherwise covered by the MCP contract, and care coordination for transplants that the MCP is responsible for. 9, 10,11 MCPs will not be required to pay for costs associated with transplants that qualify as a California

Jan 01, 2022 · 2 | INPATIENT HOSPITAL SERVICES BILLING GUIDE Disclaimer . Every effort has been made to ensure this guide’s accuracy. If an actual or apparent conflict between this document and an HCA rule arises, HCA rules 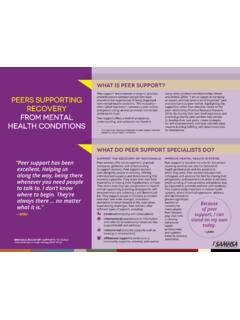 WHAT IS PEER SUPPORT? - Substance Abuse and Mental …

Peer support. 1. encompasses a range of activities and interactions between people who have shared similar experiences of being diagnosed with mental health conditions.