2 A vertebral interspace is the non-body compartment between two adjacent vertebral bodies, which contains the intervertebral disk, and includes the nucleus pulposus, annulus fibrosus, and two cartilagenous endplates. CPT Definition 6. 3. Counting Levels An interspace is between two vertebra. Example: L1-L3. Vertebral segment 3 - L1,L2,L3. Interspace 2 - between L1 and L2. between L2 and L3. 7. Modifiers Modifier 51. Used on procedures performed in the same level Do not use on add-on codes Modifier 58. Procedures performed in different sessions on different days Modifier 59. Identifies multiple levels on add-on codes 8. 4. Modifier 62 - Co- Surgery CPT guidelines for use in Spine Surgery Not used on bone grafting Not used on instrumentation Medicare has different guidelines Reimbursement varies by insurance company 9.

5 Utilizing a curette, caudal one-third of L5 lamina undercut with curette, and bilateral L5 laminectomy performed with Leksell and Kerrison ronguers. Ligmentum flavum between L5 - S1, L4. - L5, L3 - L4, and L2-L3 were extremely hypertrophied. These were removed with Kerrison rongeur. Bilateral laminectomy performed with Leksell and Kerrison rongeurs at L2,L3, and L4. With the surgeon at the patient's left-hand side, right lateral recess from L2-3 through L5-S1. decompressed with Kerrison rongeur, performing right L2-3, L3-4, L5- S1 medial facetectomies and formaminotomies, decompressing the right L3, L4, L5, S1 nerve roots. This same procedure was performed on the left. 15. Arthrodesis Fusion of Joint Can be performed alone or combined with other procedures Anterior 22551-22552, 22554-22556, 22558,22585, 22808-22812.

7 The anterior bodies of C6 and C7 were cleaned of their overlying tissues utilizing cautery. Caspar pin distractors were placed into the body of C6 an C7, and then another x-ray was obtained, which helped confirm the level of the procedure. The medial and lateral Danek trimline retractors were placed, and the Caspar pin distractor was also placed. Distraction was applied across the disk space. A knife was used to incise the anulus a C6-7. Complete and thorough discectomy was then performed down to and including the cartilaginous endplates. The dissection was taken all the way back to the posterior longitudinal ligament, which was resected. A large amount of disc material was identified posterior to the longitudinal ligament, directly on the C7 nerve on the left.

8 This was completely removed using pituitary rongeurs and nerve hooks. There was now no decompression whatsoever on the C7 nerves or the spinal cord. The inferior endplate of C6 and the superior endplate of C7 were prepared down to flat bleeding surface. An appropriate sized piece of allograft was then impacted into position with an excellent rigid fixation. An anterior plate was applied. And additional X-ray was taken to confirm that the bone graft and hardware were in good position. 18. 9. New Guideline for 2011 for ACD. Do not report 22554 in conjunction with 63075, even if performed by separate providers. To report anterior cervical discectomy and interbody fusion at the same level during the same session, use 22551. If two physicians are performing discectomy and arthrodesis, they must bill 22551 with the 62 modifier, 63075 and 22554 can not be billed, even separately.

10 0092T each additional interspace, cervical (List separately in addition to code for primary procedure). 23. Example 22856. At this time distraction pins were placed in the vertebral body of C3 and the proximal aspect of the previous corpectomy graft to allow distraction across the C3-C4 disc space. Self-retaining retractor was placed under the longus coli musculature at the C3-C4 level. Discectomy was performed at C3-C4. of the uncovertebral joints and the posterior longitudinal ligament. The endplates of C3 and C4 were then prepared. Sizing of the disc space of placement of a prestige disc arthroplasty was performed and a 6mm height, 16mm depth Prestige implant was selected for implantation. This was positioned in the interspace in the midline and seated under image intensifier control. 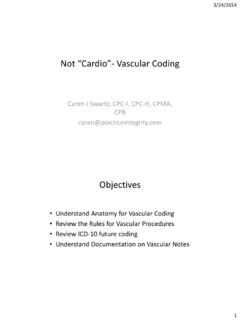 New Codes •2011 – New codes were added to CPT for revascularization •Includes any method, open or percutaneous •Grouped by territory •Built on progressive hierarchy 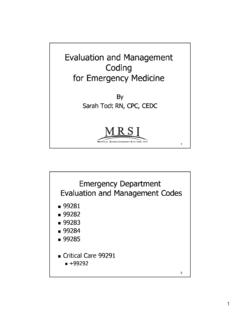 Evaluation and Management Coding for … 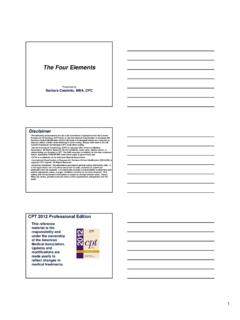 1 The Four Elements Presented by Barbara Cataletto, MBA, CPC Disclaimer •The following presentations are not to be considered a replacement for the Current Procedural Terminology (CPT) book or the International Classification of Diseases 9th 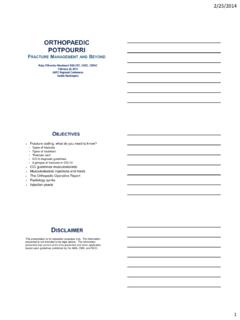 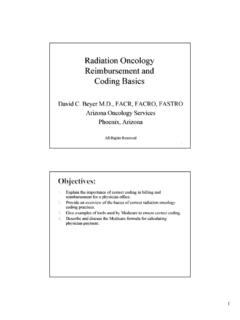