SPORTS AGENTS AND PROFESSIONAL athletes : THE. LEGAL RELATIONSHIPS SURROUNDING PROFESSIONAL . SPORTS . Katrina Barnett I. introduction .. 2. II. THE RELATIONSHIP BETWEEN AN ATHLETE AND agent .. 5. A. Contract Formation .. 5. 1. Motivation for the Agency Contract .. 6. 2. Risks Surrounding the Agency Contract .. 8. a. The Uniform Athlete AGENTS Act .. 9. b. The SPORTS Responsibility and Trust Act .. 10. B. Mutual Obligations Set Forth in the Agency Contract .. 13. 1. An agent 's Duties to an Athlete .. 13. 2. An Athlete's Rights and Duties .. 18. III. THIRD PARTY INTERACTIONS AND LIABILITIES .. 23. A. Possible Liabilities for athletes .. 24. 1. Contractual Duties and Liabilities .. 25. 2. Tort Liabilities .. 26. B. An agent 's Role Concerning Third Party Negotiations .. 27. 1.

2 I. INTRODUCTION Would you be willing to put yourself and your career on the line for a professional athlete? That is what sports agents do each and every day.

1 SPORTS AGENTS AND PROFESSIONAL athletes : THE. LEGAL RELATIONSHIPS SURROUNDING PROFESSIONAL . SPORTS . Katrina Barnett I. introduction .. 2. II. THE RELATIONSHIP BETWEEN AN ATHLETE AND agent .. 5. A. Contract Formation .. 5. 1. Motivation for the Agency Contract .. 6. 2. Risks Surrounding the Agency Contract .. 8. a. The Uniform Athlete AGENTS Act .. 9. b. The SPORTS Responsibility and Trust Act .. 10. B. Mutual Obligations Set Forth in the Agency Contract .. 13. 1. An agent 's Duties to an Athlete .. 13. 2. An Athlete's Rights and Duties .. 18. III. THIRD PARTY INTERACTIONS AND LIABILITIES .. 23. A. Possible Liabilities for athletes .. 24. 1. Contractual Duties and Liabilities .. 25. 2. Tort Liabilities .. 26. B. An agent 's Role Concerning Third Party Negotiations .. 27. 1.

2 agent Liabilities .. 28. IV. REQUIREMENTS AGENTS MUST COMPLY WITH .. 29. A. State and Federal Requirements for AGENTS .. 29. B. League Requirements for AGENTS .. 30. V. DIFFERENCES BETWEEN LAWYER AGENTS AND THOSE WHO ARE NOT. LAWYERS .. 35. A. The PROFESSIONAL Code of Conduct .. 35. B. Compensation Differences .. 38. VI. RELATIONSHIPS AND INTERACTIONS BETWEEN A PROFESSIONAL . ATHLETE, PROFESSIONAL TEAM, AND PROFESSIONAL LEAGUE .. 39. A. The Athlete's Relationship with His or Her Team .. 39. B. The Athlete's Relationship with the League .. 43. C. The Relationship Between a PROFESSIONAL League and Its Member Teams .. 49. VII. CONCLUSION .. 50. 1. I. introduction . Would you be willing to put yourself and your career on the line for a PROFESSIONAL athlete? That is what SPORTS AGENTS do each and every day.

4 The NCAA has reprimanded many college football programs, such as those at the University of Southern California and the University of North Carolina Chapel-Hill, for their players violating the rules set forth for player- agent contact while an athlete is playing for school that is a member of the Many articles have been written detailing the NCAA rules AGENTS and athletes have violated in pursuit of a promising career. Recently, Josh Luchs, a twenty-year veteran National Football League 1. See National Collegiate Athletic Association, Bowl Ban Among Penalties for Southern California (November 26, 2010), available at: +News/NCAA+News +Online/2010/Division+I/Bowl+ban+among+p enalties+for+Southern+California; See also National Collegiate Athletic Association, NCAA Sets Reinstatement Conditions for Two UNC Football Players (November 26, 2010), available at: +News/2010+news+stories/September+lates t+news/NCAA+requires+loss+of+contests,+r epayment+for+Burney+and+Williams; See also National Collegiate Athletic Association, News Release Archive, (November 26, 2010), available at: +and+Events/Press+.

5 Room/News+Release+Archive/2010/Infractio ns/. 2. (NFL) agent came clean about the violations he committed throughout the Although the details of NCAA violations between athletes and AGENTS are a discussion for another day, the rules help bring to light the difficulties and the legal relationships behind the athlete- agent relationship before it is even formed. The NCAA aside, there are many laws AGENTS themselves must follow as they pursue and represent athletes on the PROFESSIONAL level. These laws govern the athlete- agent relationship from the point of formation until the contracts dissolution. Beyond state and federal law, AGENTS must abide by league requirements. Most PROFESSIONAL leagues require AGENTS to pass a league- specific exam before they can represent an athlete playing within the league.

6 Furthermore, AGENTS who are also lawyers must follow the PROFESSIONAL Code of Conduct within the state or states of their bar memberships. If an agent who is a lawyer violates the Code he or she may be disbarred or otherwise disciplined. Outside of the athletes and AGENTS relationships is the relationship between an athlete and his or her team. Although an athlete s contract consists of mostly the collective bargaining agreement of the league, each team negotiates the particulars of the contract with the athlete or the his or her agent . These particulars usually include player compensation as well as the practice and game schedule that the player must comply with. The relationship between a PROFESSIONAL league and its member teams also affects players and their AGENTS .

7 Both recent scandals surrounding the use of performance enhancing drugs in Major League Baseball (MLB), and other off-field scandals such as that surrounding NFL player Michael Vick s dog fighting being brought to light in the media has affected the relationship between a team and league. This is because the leagues have sanctioned the PROFESSIONAL teams 2. Josh Luchs, Confessions of An agent , SPORTS Illustrated (Oct. 12, 2010), available at: 3. to enforce policies they have set in place concerning repercussions for athletes violating off-field or off-court policies. Teams in turn have taken the leagues sanctions seriously, and have been stricter in handing out punishments, fines and suspensions to those athletes who violate league This cohesiveness is important because teams and leagues must stand together as they reprimand athletes who do not comply with the rules that have been set forth, either by the league or by the law.

8 Before getting to these issues though, it is important to understand the foundations of each legal relationship an athlete or agent can be affected by. The legal relationships between PROFESSIONAL athletes , AGENTS , teams, and leagues are paramount to the success of the PROFESSIONAL SPORTS world. It is through these relationships that not only athletes , but their AGENTS as well, can make a living by working hand-in-hand with PROFESSIONAL leagues and teams. To understand the significance of these relationships, this paper will first discuss the relationship between an athlete and his or her agent . This relationship discussion explains the agency contract s formation, its importance and the risks surrounding its formation, and even the mutual obligations it sets forth for both the athlete and the agent .

9 Third party interactions then become an integral part of the relationship between an athlete and his or her agent . While working with third parties, such as PROFESSIONAL teams, possible liabilities arise that both an agent and athlete must be aware of. An AGENTS major role, after all, is to negotiate contracts with third parties on behalf of the athlete they represent. In order to negotiate with third parties though, there are many state, federal, and even league requirements AGENTS must comply with. If an agent is in compliance with these requirements, it is also important to understand the differences 3. See Mark Maske, Falcon's Vick Indicted In Dogfighting Case, The Washington Post (July 18, 2007), available at: ; See also ESPN . MLB, Mitchell Report: Baseball Slow to React to Players' Steriod Use ( , 2007), available at: 4.

10 Between AGENTS who are lawyers and those who are not lawyers. This is because there are differences in the types of conduct lawyer AGENTS can act with verse those AGENTS who are not lawyers. athletes may also benefit from knowing these differences because they can affect the method of compensation by which an athlete pays his or her agent . Beyond these interactions are those that concern the PROFESSIONAL athlete s relationship with his or her team and league, and even the importance of a leagues interactions with its member teams. These relationships, overall, all affect the success of the PROFESSIONAL SPORTS world and help to show how the law plays a paramount role in SPORTS . II. THE RELATIONSHIP BETWEEN AN ATHLETE AND agent . Agency is the fiduciary relationship that comes about when a principal, or athlete, manifests assent to an agent for the agent to act on his or her behalf and subject to the athlete s In return, the agent must manifest assent or otherwise consent to represent the An athlete or agent can manifest assent or intention through oral or written words, or even through An agency relationship only arises when these elements are all A. 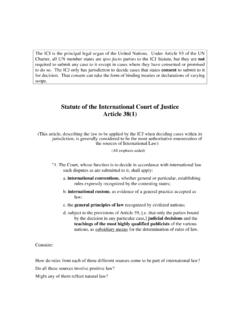 Article 38 of the Statute of the International Court … 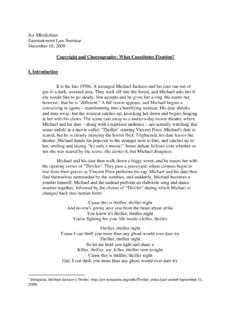 Copyright and Choreography: What Constitutes …

Thriller, thriller night So let me hold you tight and share a killer, thriller, ow!2 The iconic Thriller dance, choreographed by Michael Peters, has become engrained in the 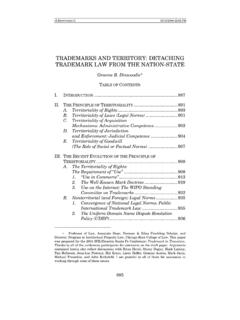 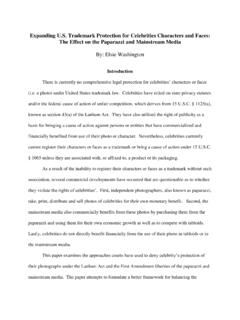 Expanding U.S. Trademark Protection for Celebrities Characters and Faces: The Effect on the Paparazzi and Mainstream Media By: Elsie Washington 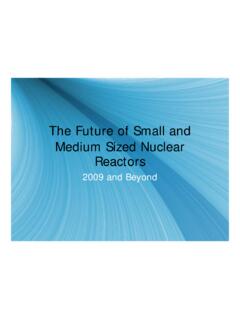 The Future of Small and Medium Sized Nuclear Reactors

Today a medium sized reactor would be one with an output between 500 to 700 MWe ... small/medium reactor has taken place through government research and use. Academic institutions have also contributed to the ... Small and Medium Sized Reactors Pros and Cons. 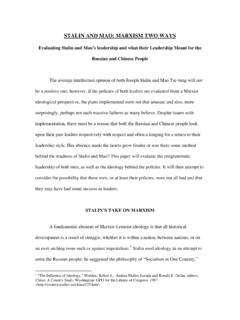 Stalin believed that the weak and pre-industrial economy was the reason behind Soviet’s lack of power and influence in the world; he believed that if the USSR was to become a world leader, it must transform its economy, and quickly. 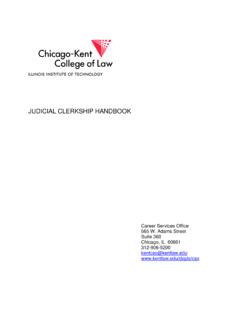 appellate court clerks do, and also have a number of additional tasks. That is, many cases are decided by dispositive motions that are briefed and argued in much the same manner as are appellate cases. 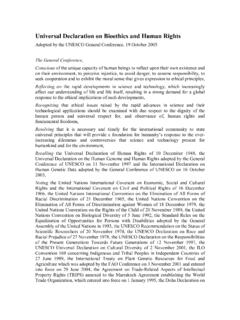 universal principles that will provide a foundation for humanity’s response to the ever­ increasing dilemmas and controversies that science and technology present for humankind and for the environment, Recalling the Universal Declaration of Human Rights of 10 December 1948, the 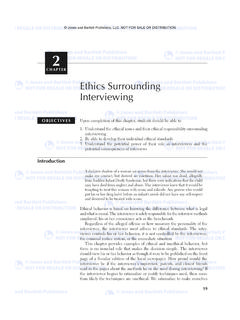 Ethics Surrounding Interviewing 2 CHAPTER 19 Upon completion of this chapter, students should be able to 1. Understand the ethical issues and their ethical responsibility surrounding 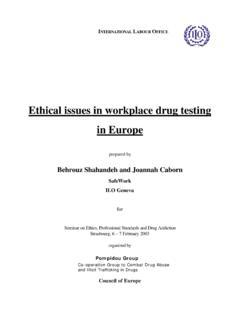 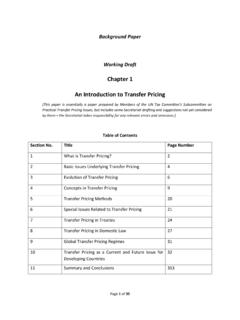 Chapter 1 An Introduction to Transfer Pricing - …

2 I. Introduction In Order No. 784, the Commission revised its regulations to foster competition and transparency in ancillary services markets. 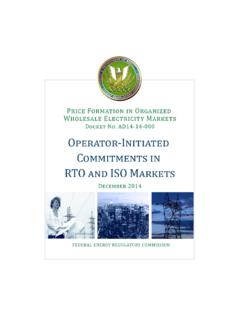 3 I. Introduction Energy and ancillary services markets are the primary mechanism that RTOs and ISOs use to identify the least-cost commitment and … 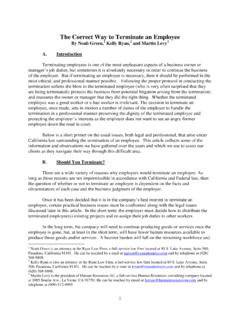 The Correct Way to Terminate an Employee - HR4U

1 The Correct Way to Terminate an Employee By Noah Green,1 Kelly Ryan,2 and Martin Levy3 A. Introduction Terminating employees is one of the most unpleasant aspects of a business owner or 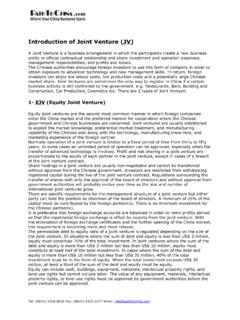